Andrea Torralba and her boyfriend charged after newborn strangled

Mom, 20, and boyfriend, 21, ‘strangled their newborn son to death in hospital just hours after his birth as they confesses they didn’t want the child’

California police said a couple strangled their newborn baby to death shortly after it was born.

Andrea Torralba, 20, and her boyfriend, David Villa, 21, of Oxnard, California, were arrested for felony assault on a child by means of force resulting in the child’s death Friday, the Oxnard Police Department said in a media alert.

Police said that they responded to a suspicious injury call from St. John’s Medical Center in Oxnard on Friday at about 7.53am.

David Villa, 21, and girlfriend Andrea Torralba, 20, were arrested Friday morning after police said they strangled their newborn son to death at hospital shortly after he was born

Upon arrival, officers discovered that a newborn boy was in critical condition after suffering from suspicious injuries.

Despite the hospital medical team’s attempts to revive the unresponsive baby, the child died.

During the investigation, police said detectives learned that Torralba and Villa had strangled the boy until he was unconscious.

Police told the Associated Press that the couple had told detectives that they didn’t want the baby. 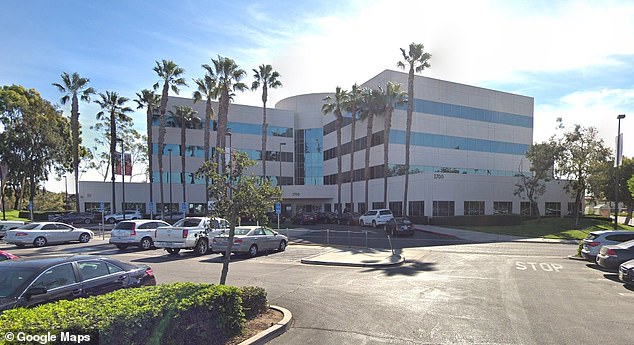 Police were called to St. John’s Medical Center in Oxnard, California, Friday about about 8am when staff reported suspicious injuries on a newborn that was in critical condition

Authorities then arrested Torralba and Villa and their bail was set at $1million each.

If convicted, the felony is said to be punishable by a sentence of up to 25 years to life in prison, according to Yahoo! News.

The incident is still being investigated.

Anyone with information about the case is asked to call Detective Juan Morales at (805) 385-3922, or submit tips online via www.oxnardpd.org. Anonymous tips can be left via Ventura County Crime Stoppers at (800) 222-8477.