Andrew Cunanan in Miami despite being on FBI Most Wanted

By the time Andrew Cunanan arrived in Miami Beach back in May 1997 he had already killed four men in a cross-country killing spree that took him from Minnesota to Illinois and then New Jersey before he headed on down to Florida.

It took authorities a bit of time to link the final two murders back to Cunanan on account of the fact that he had no relation to either of the men, but on June 12 he became the 489th person in US history to make it on the FBI Most Wanted list.

By that time he had settled into a room at the Normandy Hotel, where he spent his days sleeping and his nights out, never seeming to make much of an attempt to avoid detection.

He did avoid detection however, even after using his own name and ID to pawn a stolen gold coin the 27-year-old serial killer was still not apprehended by authorities when the owner of the shop relayed information about the transaction.

Fugitive: Andrew Cunanan arrived in Miami Beach, Florida in early May 1997, having killed four people in the five weeks before that move 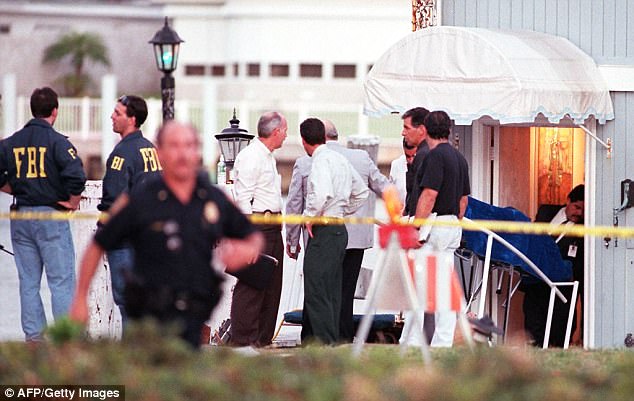 Coming ashore: He was found eight days after murdering Versace in a house boat (above) just a few miles down the road from the designer’s mansion 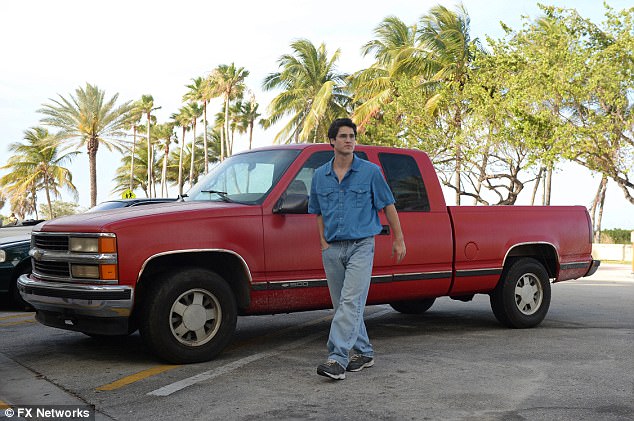 Inaauracy: Cunanan was wearing a tube top when he arrived in Miami and checked into the Normandy Hotel according to the front desk clerk (Darren Criss above on American Crime Story)

Cunanan had been on the Most Wanted list for five weeks by the time he murdered Gianna Versace outside his Miami mansion, and just a few days after that it was Cunanan who put an end to the manhunt when he shot himself in a houseboat just a few miles down the road.

At that time police were not even close to capturing the killer, who was able to hide in plain sight largely because of his sexuality.

The FBI and Miami police were both revealed in the wake of Cunanan’s suicide to have done very little outreach with the gay community, and almost one at all prior to Versace’s murder.

The first two victims killed by Cunanan were friends of the gay gigolo, who would attempt to impress people with talk of his genius IQ and deep-pocketed dinner dates according to Maureen Orth’s book Vulgar Favors.

Jeff Trail was 28 and Cunanan’s best friend according to the serial killer, who beat him to death with a hammer and then wrapped his body in a rug.

Cunanan’s 33-year-old ex David Madson was the next to go, with his body found four days later by a group of men who were fishing about an hour outside Minneapolis.

His death was caused by a single gunshot wound to the head.

By that time Cunanan was in Chicago, having driven off in Madson’s jeep, which was discovered two weeks after its owners body just around the corner from the home of millionaire Lee Miglin. 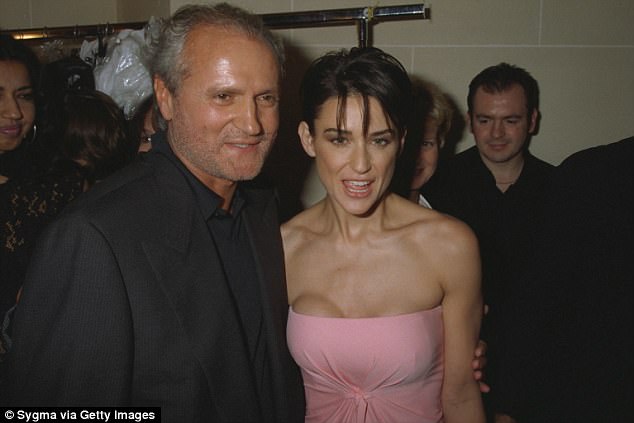 Big names: Gianni Versace was having one of the best weeks of his career at the time of his death (above with Demi Moore on July 6, nine days before he was killed) 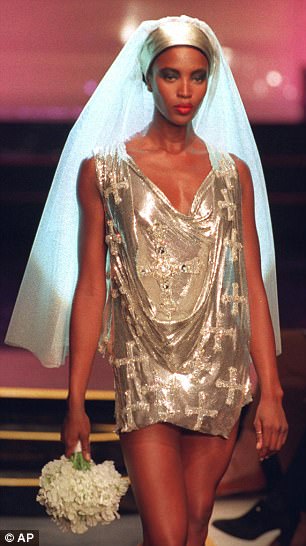 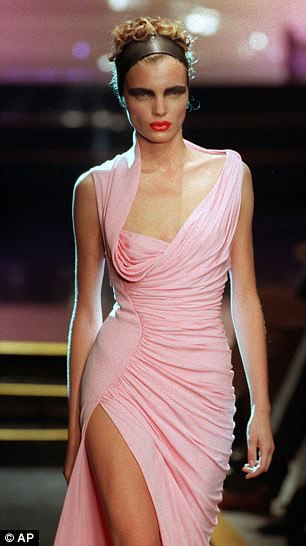 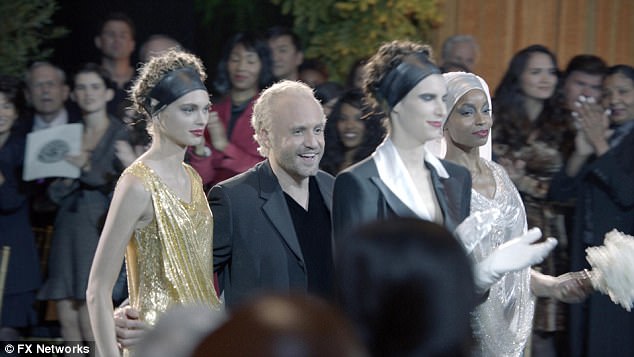 Recreation: Versace was also preparing to take his company public (Edgar Ramirez above as Versace in ACS)

It is still not clear how Miglin came to be Cunanan’s third victim, with no evidence ever emerging to definitively prove that the two men knew one another.

He had ben tortured and stabbed when police found his body in the garage of his townhouse, with cash and valuables missing from his townhouse.

His Lexus had also been taken, and managed to get Cunanan all the way toNew Jersey before he decided to dump the vehicle, probably because he realized that it would be possible to track him because of the car phone in the vehicle.

Victim number four was William Reese, 45, whose life was taken because Cunanan needed a new car.

Monster: Cunanan killed 5 people and himself in a three-month span

Reese’s red truck then made the trek to Florida, with a pit stop in South Carolina to get new plates.

It would stay there for the entire time Cunanan was in Miami Beach as well, and raised no red flags.

He then made himself part of the seedier scene in that city, with Orth revealing he turned to prostitution to fund his life and drug habit.

Orth also spoke with a Chicsago police captain who noted: ‘Down deep inside, the publicity is more sexual to him than anything else. Right after one or two of these homicides, he probably goes to a gay bar in the afternoon when the news comes on and his face is on TV, and he’s sitting there drinking a beer and loving it.’

He then stated: ‘You hide in plain view.’

Cunanan did just that, hitting up the city’s most popular nightclub Twist and even the 24-hour diner that was frequented by everyone from Versace himself to the chief of police.

He was familiar with the Miami gay scene according to one individual Orth spoke with, who claimed Cunanan had worked as an escort in Florida five years prior under the name ‘Tony.’

Then, just a few days before he murdered Versace, Cunanan suddenly checked out of his room at the Normandy.

Versace was murdered on July 15, and Cunanan took his life eight days later, managing to evade authorities for over a week.

During that time he hid away on a house boat while trying to obtain a fake ID that might allow him to travel out of the country.

His fifth victim meanwhile was coming off one of the best weeks of his life, having just shown his widely praised haute couture collection in Europe and preparing to take his company public.

And his death could have easily been prevented it seems had police just responded to the information from the pawn shop a week prior to his murder.