We all know the result, yet there were two frenetic hours on Thursday evening when many seemed convinced that the Election was somehow in the balance.

Thanks to a sudden surge of young voters, a hung parliament was a near certainty we were told. Boris Johnson might even lose his seat in Uxbridge and South Ruislip.

Or that, at least, was the world according to Twitter.

Many of the boldest claims were accompanied by the hashtag #YouthQuake, a phrase which no one has ever said in real life – but then people on Twitter have never been afraid to create their own reality.

We saw more of this when the brutal truth emerged with Friday morning’s results.

Once more, Twitter was in overdrive, with many staunch Corbynistas lashing out. Guardian columnist and political activist George Monbiot was one of the first to pontificate, declaring that we must ‘wrest this wonderful country back from the wreckers who are now in charge. We support each other with love and strength through the dark times’. 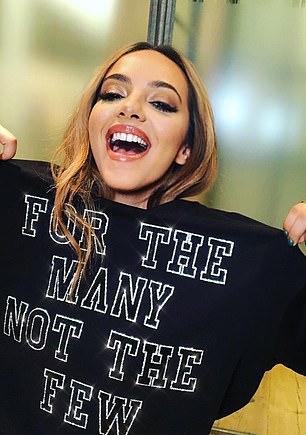 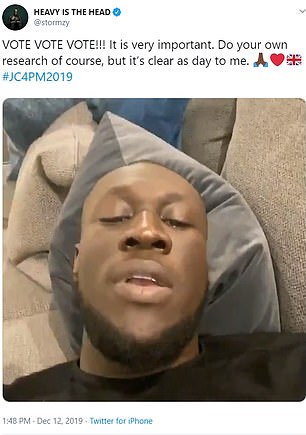 Little Mix star Jade Thirlwell led the large number of celebrities who backed Labour today in a post shared on the band’s official Twitter account with Stormzy saying in a video message to 1.3million followers it was ‘clear as day’ that people should vote for Jeremy Corbyn

Former BBC journalist and Left- wing firebrand Paul Mason tweeted that this was ‘a victory of the old over the young, racists over people of colour, selfishness over the planet’.

And Cambridge academic Priyamvada Gopal claimed that the UK has now joined the ranks of ‘vicious Right-wing regimes voted in on ethno nationalism’.

The idea that Boris Johnson won the Election because we live in a country swarming with racists is a fantasy that was fuelled by Twitter. In fact, it’s a poisonous form of bigotry that generates further resentment and division. This is not the first time that social media has been accused of acting as an echo chamber, but nothing matches Twitter for fanaticism or persistent Left bias.

How does a supposedly neutral social media platform end up being so comprehensively dominated by metropolitan liberals?

In short, its censorial practices.

The tech giant employs thousands of people to monitor online content, even going so far as to test applicants to determine whether or not they have the ‘correct’ ideological worldview. 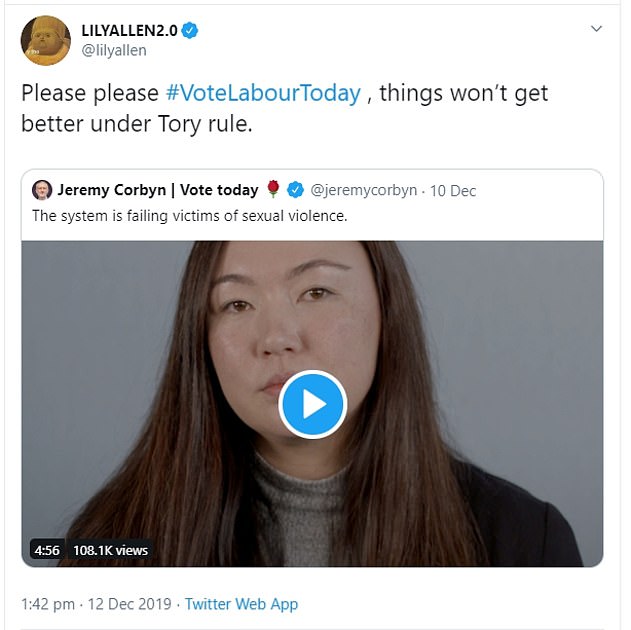 While analysis shows that those with conservative opinions are far more likely to be censored or banned by Twitter.

So if you don’t happen to share the political outlook of your average trendy twenty-something in San Francisco, you might find that your tweets become restricted.

Twitter has admitted to engaging in ‘shadowbanning’, whereby users are prevented from reading tweets that the site considers to be ‘problematic’. 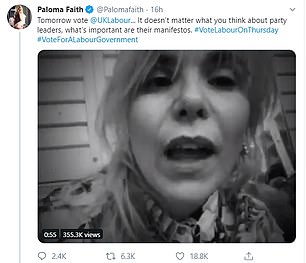 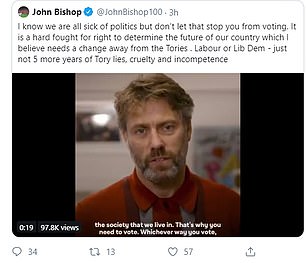 Accounts are often suspended without a valid reason, a practice whose Kafkaesque connotations are difficult to overlook. Even the name of Twitter’s ‘Trust and Safety Council’ sounds like the thought police from a dystopian movie.

We often hear commentators lamenting the degradation of political discourse, but it seems to me that social media companies are to blame.

At the same time as Twitter is actively censoring its users – all the while claiming to be a platform rather than a publisher – it has a format which encourages unsophisticated forms of discussion, rewarding the most extreme reactions with likes and retweets.

Users mostly see the comments of those they have chosen to follow, which means that they are continually presented with ideas that confirm, rather than challenge, their existing prejudices.

And while the 240-character limit does not lend itself to nuanced debate, it does facilitate the casual tossing of insults and barbs.

For a case study in unthinking scattershot tweeting, one need look no further than the actor Mathew Horne. As the Election results were coming in during the small hours of Friday morning, his timeline started to resemble a post-modern novel about one man’s descent into lunacy. ‘Call me a coward,’ he posted at 1:03am. ‘I’m off. I’m leaving this unfathomable country. We are through the looking glass.’

At 1.30am, he was back. ‘We’re being trolled by our own country, I’m sad and despairing. A trite cliche, but the turkeys have voted for Christmas. Any smug Tory voters are existing in a dormant, smug self-own. Tick tock.’ Eight minutes later Horne began to focus his ire on what he perceived to be the biased reporting of the BBC’s Political Editor Laura Kuenssberg. ‘I really wish I loved myself as much as you Laura,’ he tweeted. ‘I think, although deeply selfish, I’d probably be happier. For a bit. Lucky you.’

Horne is entitled to criticise whoever he likes, but it’s difficult to see how this kind of exchange is in any way productive. 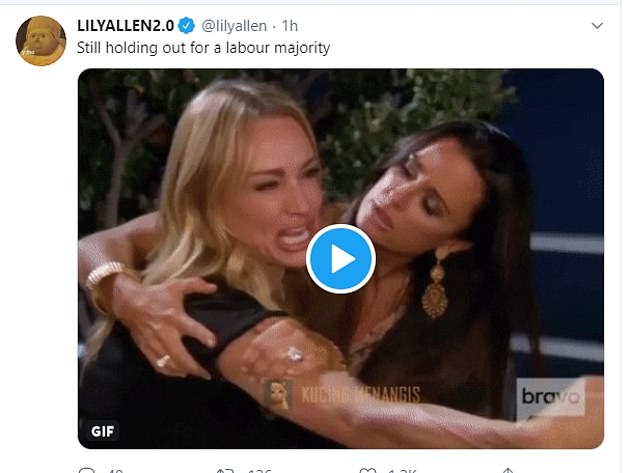 Twitter has cultivated the kind of climate in which impulsive venting is encouraged, and celebrities whose political nous is limited are treated as authorities.

Little Mix’s Jade Thirlwall – who once tweeted an apology to the people of Syria for the UK Government’s air strikes – posted a selfie bearing the Labour Party slogan ‘For the many, not the few’. The rapper Stormzy’s political analysis amounted to calling Boris Johnson a ‘f***ing p****’.

By the toxic standards of Twitter, all of this is fairly tame. But these kinds of online spats have considerable influence on the tenor of public discussion.

It hardly helps that mainstream media outlets are prone to scouring Twitter for anything that can be turned into clickbait news.

A recent example would be the ‘sexism row’ which erupted when one of the characters in the ‘Mr Men’ series of children’s books was accused of ‘mansplaining’.

The story ran in virtually all of the major national newspapers, and was even the topic of a televised debate on ITV’s Loose Women. This all came about on the back of one tweet by a member of the public. When such non-stories are amplified in this way, it promotes a false impression that the more extreme opinions to be found on social media are mainstream.

Make no mistake, this is a dangerous state of affairs.

Twitter’s hashtag function allows bad ideas to spread at an alarming rate. After the Election results were confirmed on Friday, #NotMyGovernment and #NotMyPM began trending. Ever since Britain voted to leave the EU in 2016, a widespread disdain for democracy has been gestating on social media and infecting our politics. The self-evidently absurd idea of a ‘People’s Vote’ only came to fruition due to online campaigns. Thousands of Twitter users were able to convince themselves that it was somehow democratic to overturn the largest mandate of any vote in our nation’s history.

This kind of doublethink is only possible when people are only talking to others within their ideological bubble. 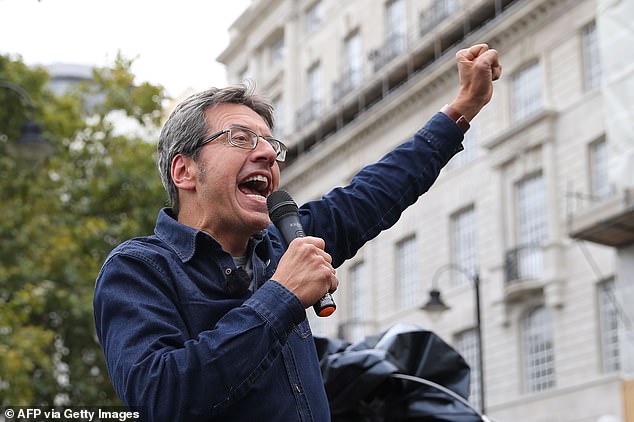 Journalist and author George Monbiot (pictured at an Extinction Rebellion rally on October 7) declared that we must ‘wrest this wonderful country back from the wreckers who are now in charge. We support each other with love and strength through the dark times’

It got to the point where the Liberal Democrats were able to boast that they would ignore the result of the referendum and still not think to change their party’s name.

This is more sinister than perhaps has been generally appreciated. Democracy depends on the idea of the ‘loser’s consent’. As the esteemed Conservative thinker Roger Scruton puts it, ‘We respect our fellow citizens even when they do not vote our way, because the Government is not “mine” or “yours” but “ours”.’

He calls this a ‘pre-political loyalty’, a recognition that our political system can only function if we accept the Government that the electorate voted for, even when we find ourselves on the losing side.

But in the echo chambers of social media, such important principles can be demolished in a few viral hashtags. And when it comes to creating a false reality, Twitter is the worst offender.

If the #NotMyGovernment mindset were simply confined to the internet, it wouldn’t matter so much. But ideas that begin online soon begin to take hold in the public imagination. The bigotry we are seeing from petulant Corbynistas in the aftermath of their defeat is worrying enough on Twitter, but how long before their anti-democratic fantasies, and their fearmongering over a ‘fascist’ Britain, break out into the real world?

Rod Stewart is latest victim… for daring to praise Boris

He may be one of Britain’s most successful recording artists ever, but that didn’t spare Sir Rod Stewart from being savaged on social media for breaking the first rule of Luvvies: Don’t Praise the Tories.

The veteran singer took to Twitter to thank fans after his 10th album topped the charts, making him the oldest male solo artist to have a Number One album in the UK. He also mentioned the Election. 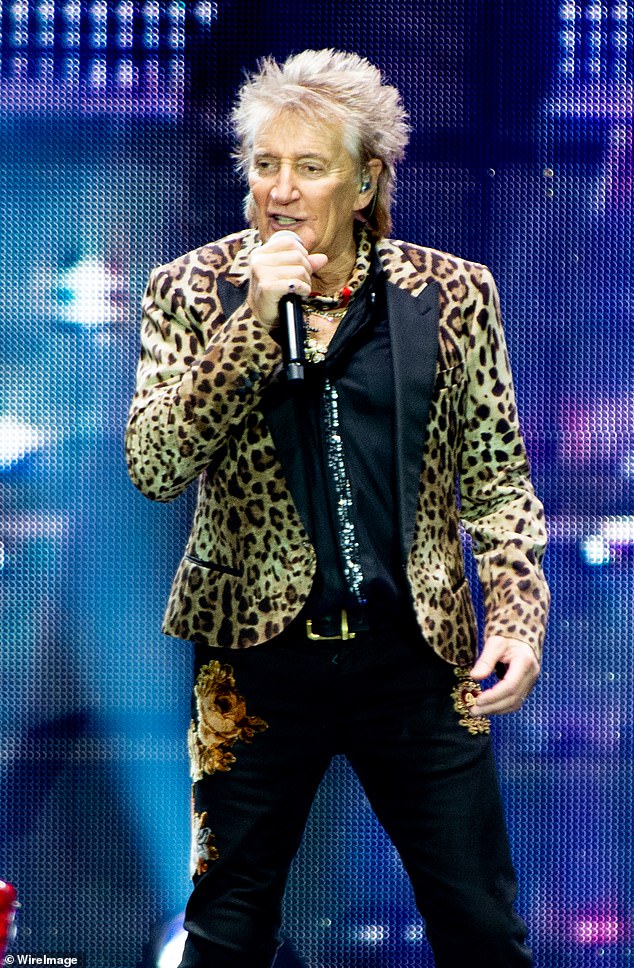 Sir Rod, a passionate fan of Celtic football club who describes Scotland as his ‘spiritual home’, soon came under fire from the club’s fans, SNP supporters and non-Tory voters.

‘Get a grip man, thought you were Scottish!’ Jim Wright said.

The singer, who turns 75 next month and was knighted in 2016, has received countless awards, yet for some that counted for nothing in the face of his support for the Tories.

However, some did praise him and returned his wishes for a merry Christmas. ‘Rock on Sir Rod and hope you’re still rocking into the 2030s,’ Steve Riddle tweeted. And ‘Love you Roddy, you are a one-off,’ Elaine Pentecost said.

But it was all a far cry from the praise lavished on arch-remainer Hugh Grant by his social media fans during the Election (his last major award: a Bafta in 1995 for Four Weddings And A Funeral).

The actor was seen campaigning for would-be Lib Dem MPs Chuka Umunna, Luciana Berger and Monica Harding – all of whom lost.

Meanwhile Lily Allen, whose last Number One was a cover version of Somewhere Only We Know from the John Lewis 2013 Christmas advert, accused Johnson – and voters – of racism.

‘I think that racism and misogyny runs so deep in this country and that Boris won because of his attitude towards those things and not in spite of them,’ she tweeted.

When one asked if she was OK, she replied: ‘Yes, I am fine, it’s not me you should be worrying about.’ She then deleted her Twitter account.

Other high-profile celebrities who backed Labour included Jade Thirlwall of girl band Little Mix, who wore a ‘For the many, not the few’ T-shirt, and grime star Stormzy, who signed a pro-Corbyn letter to The Guardian.

Meanwhile former cricketer Kevin Pietersen was also criticised after he tweeted: Congrats @BorisJohnson! I know you’re with me in the saving of our wildlife.’

Pietersen is campaigning to save endangered species including lions, leopards, rhinos and elephants in his native South Africa – but critics pointed out the Prime Minister opposed the fox-hunting ban in Parliament.