Andrew Marr today announced he was leaving the BBC after 21 years, the majority of which have been spent fronting his Sunday morning political programme.

Marr said he was ‘keen to get my own voice back’ and would now focus on presenting political and cultural radio shows for Global and writing for newspapers.

The 62-year-old, who earns up to £339,999 a year at the BBC, added that leaving to join Global would give him ‘a new freedom’ to do journalism with ‘no filter’.

The Glasgow-born veteran broadcaster joined the BBC in May 2000 as political editor and later spent 16 years at the helm of his own Sunday morning show.

Global said Marr will be presenting new shows on LBC and Classic FM, a new weekly podcast on Global Player, and will also write a regular column for LBC’s website.

Marr tweeted today: ‘Personal announcement. After 21 years, I have decided to move on from the BBC. l leave behind many happy memories and wonderful colleagues. 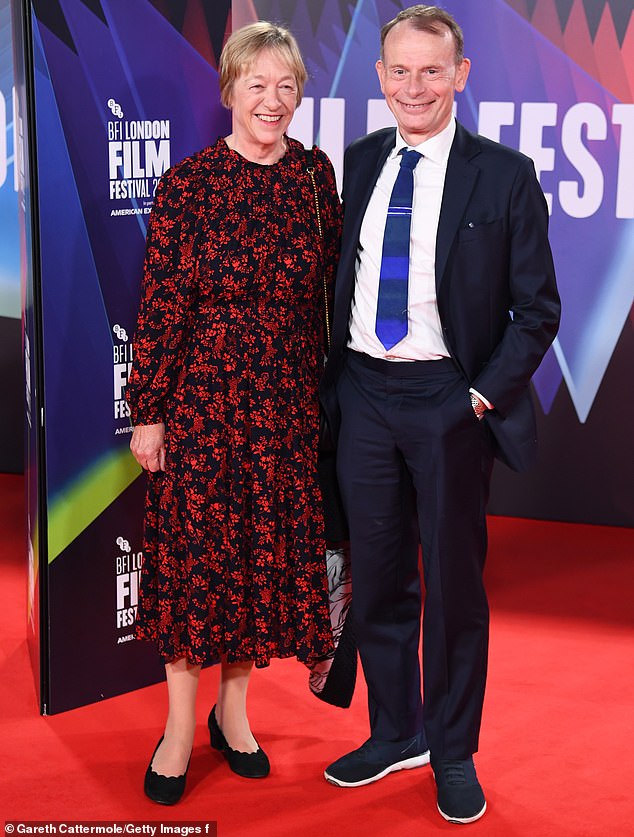 ‘But from the New Year I am moving to Global to write and present political and cultural shows, and to write for newspapers.

‘I think British politics and public life are going to go through an even more turbulent decade, and as I’ve said, I am keen to get my own voice back.

‘I have been doing the Andrew Marr show every Sunday morning for 16 years now and that is probably more than enough time for anybody!’

In a statement released by Global, Marr added: ‘Coming to Global gives me a new freedom – to do fast-paced, very regular political journalism on LBC with no filter, in entirely my own voice.

‘On Classic FM, I’ll be exploring my love of classical music, and culture generally, with some surprising guests. I feel I’m joining a young, hungrily ambitious and exciting company and I can’t wait to get stuck in.’

Marr received an annual salary from the BBC of up to £339,999 in the 2020/2021 year for his work on The Andrew Marr Show, Radio 4’s Start the Week, documentaries for BBC One and election night.

BBC colleagues including Newsnight policy editor Lewis Goodall were among those congratulating Marr on his lengthy career at the corporation.

Goodall wrote: ‘What a huge loss to the BBC Andrew but what an incredible contribution over so long. Best of luck with the new gig.’

Global said his new ‘opinion-led programme’ on LBC will be ‘fully visualized’ on Global Player and he will ‘give his view on the biggest issues of the moment, along with agenda-setting guests’. 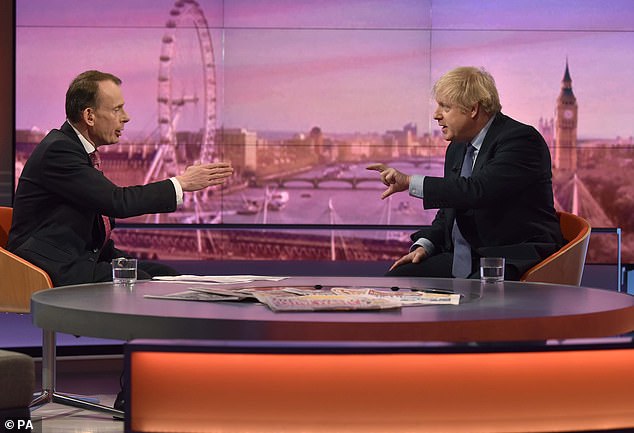 Marr has hosted the BBC’s flagship political programme, The Andrew Marr Show, for the past 16 years. He is pictured interviewing Prime Minister Boris Johnson on it in December 2019

The company said he was joining Britain’s biggest commercial news talk station which has posted its highest ever listening figures, with more than three million people now tuning in across the UK each week.

Marr will also present a new programme on Classic FM, playing music and interviewing guests from the world of politics and arts.

Ashley Tabor-King, founder and executive president of Global, said: ‘Andrew is one of the finest and most respected broadcasters and journalists of our time and we are honored to welcome him to the Global family, especially at a moment when we are celebrating record audience figures.

‘LBC now takes its next step. Andrew Marr will be an unmissable moment in the schedule and we are excited that he will be part of LBC and Classic FM’s incredible presenter line-up.’

James Rea, director of broadcasting and content at Global, said: ‘It is fantastic to welcome a broadcaster of Andrew’s calibre to Global.

‘We are looking forward to him bringing his sharp, political insight to LBC at such an exciting time for the station and his passion for classical music and the arts to Classic FM. I know that our audience will enjoy listening and interacting with him from next year.’

Marr has hosted the BBC’s flagship political programme, The Andrew Marr Show, for the past 16 years and regularly presents on BBC Radio 4.

He is also a documentary-maker and author, having written more than a dozen books.