One of Labour’s first policy announcements at its party conference in Liverpool was a pledge by shadow chancellor John McDonnell to renationalise the railways.

Superficially, at least, the change might appeal to long-suffering commuters tired of late-running and cancelled trains which are the most expensive in Europe.

But the commuters whose lives have been made a misery by striking rail workers should not be deluded by Labour’s protestations of concern for them.

Speaking after McDonnell today in the economic debate is the well-heeled barrister John Hendy — whose clients include the RMT, the militant rail union behind the industrial action that’s brought our railways to a halt.

Hendy has a long history of working for the unions, having helped Arthur Scargill by acting for the National Union of Mineworkers in all their civil cases during their strike in the Thatcher years. As chairman of the Institute of Employment Rights, Hendy has advocated repealing all trade union laws and allowing secondary picketing.

McDonnell proclaimed earlier this month that Hendy’s ideas would be a blueprint for Labour policy. Commuters have been warned — renationalised or not, our railways will suffer more union thuggery under Labour.

The joke’s on Thornberry 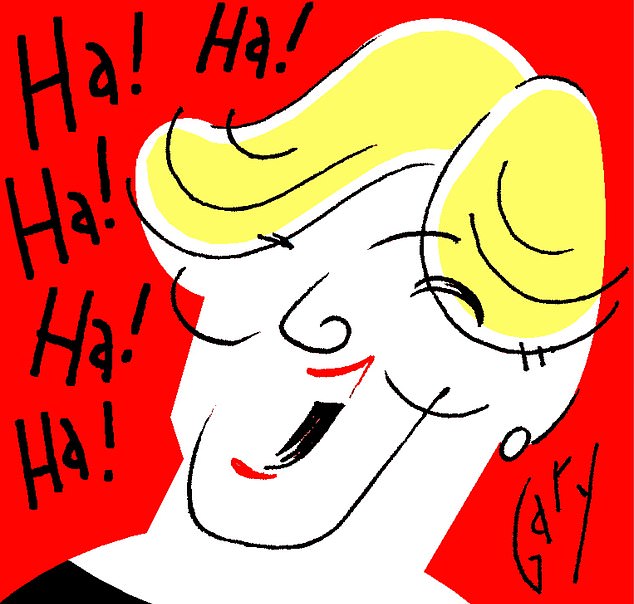 Emily Thornberry, Labour’s shadow foreign secretary and Islington neighbour of Comrade Corbyn, is earning a reputation as a risque cabaret act, according to the New Statesman.

‘Her bawdy jokes about foot fetishes and naked men on doorsteps earn racy reviews,’ it reports.

‘So tickled was Emily by her own jokes she could barely finish them at a TUC dinner.’ Ambitious Thornberry is embarking on a nationwide tour of constituency parties. Here’s a joke she could kick off with: ‘Heard the one about another Islington MP who wanted to be leader..?’

During an anti-semitism rally in Manchester last week, moderate Labour MP Lucy Powell was greeted with a barrage of ‘Corbyn out’ chants. She responded: ‘You don’t need to heckle me. I’m on your side 100 per cent.’ The Corbynista thought police will have something to say about that.

Is Alistair Carmichael, the Lib Dem’s only surviving MP in Scotland, a dark horse as candidate for the party leadership? The former Scottish Secretary, who is the party’s chief whip, was spotted at their conference last week sporting a new haircut and having shed several stone. Would the 1,400-mile round-trip to Westminster from his Orkney and Shetland constituency be a deterrent? Probably not — Jo Grimond, the party’s former leader, represented the same seat.

Comrade Corbyn usually enjoys strong backing from the Communist-supporting Morning Star newspaper, which employs him as a columnist. But it will take a dim view of his talk yesterday of a second EU referendum, judging by an editorial yesterday.

‘Domestic demands for a second chance, couched in the insulting term “people’s vote”, as though the 17.4 million voters who backed leaving the EU don’t qualify as people, exude an undemocratic attitude,’ it declared.

‘Unless democracy is to become a meaningless word, the decision to leave the EU — in substance and not in name only — must be honoured.’

Lord Rees, the Astronomer Royal, was asked by Prospect magazine what he would do with £1 million if he were given it to spend on other people. ‘I would spend it on the world’s most odious rulers, helping to create a maximum-security retirement home — on St Helena, for instance — for despots and dictators.’

As Napoleon Bonaparte was on St Helena, would Rees send France’s irritating tinpot version of the emperor, President Macron, there too?