Questions will not be asked by ITV’s political editor Robert Peston (pictured with Charlotte Edwardes), who was due to interview the PM today. Peston is Edwardes’s partner

While Boris Johnson tries to divert attention on to the Tory conference’s policy agenda, important questions remain over whether the Prime Minister groped a female journalist under a table at a private lunch when he was editor of The Spectator 20 years ago.

But those questions will not be asked by ITV’s political editor Robert Peston, who was due to interview the PM today ahead of his keynote conference speech on Wednesday.

For Peston just happens to be the partner of Charlotte Edwardes, who made the claim in her inaugural column for the Sunday Times.

‘It’s clear Robert can’t do the interview as the PM will have to be asked about the groping allegations,’ a friend of the couple tells me.

‘He has withdrawn from the interview which will now be done by someone else.’

Proof, if it were needed, that when one job opportunity opens, another closes.

Although EDF Energy announced last week that the cost of its new nuclear plant at Hinkley Point C is going to increase by another £2.9 billion — to around £22 billion — tomorrow’s EDF fringe meeting is offering a free gin & tonic to attendees, instead of the usual warm white wine.

No word yet on who will be proposing a toast to this project’s bottomless budget.

Holmes under the hammer? 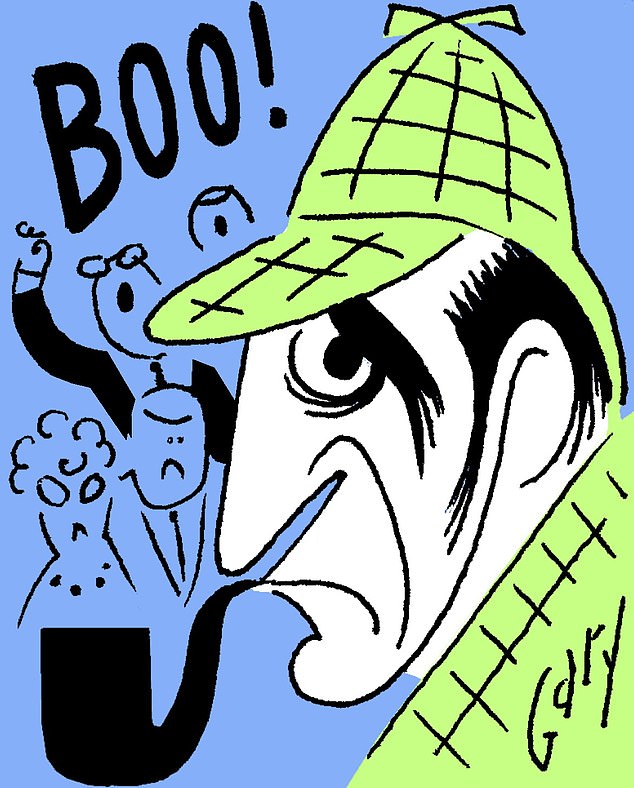 Worst jokes of the day

Northern Powerhouse Minister Jake Berry said: ‘The only homes we are not going to build in the North of England is Sherlock Holmes!’ The hallowed detective himself would have failed to locate a laugh in the hall.

Best joke of the day

The Labour MP Kate Hoey, an ardent Brexiteer who is standing down at the next election, in deep conversation with trade minister Conor Burns.

Was he trying to persuade her to cross the floor? A supporter of fox hunting, Hoey would be welcomed with open arms by the Tories.

‘My parents, both teachers, were sent their redundancy [letters] by Derek Hatton’s Militant-run Liverpool council in the 1980s. Yes, those notices were sent by taxi.’

The Conservative’s ‘conference guide’ features a full-page ad for the Association of Conservative Clubs, which raises millions of pounds each year for the party.

Bizarrely, its chairman is still listed as former foreign office minister Alistair Burt — even though he was booted out of the party last month after voting against the Prime Minister with 20 other ‘rebels’.

Just when was the conference guide sent to the printers?

Hardline Brexiteer MP Mark Francois was at the conference bookstore leafing through David Cameron’s new memoirs, For The Record. Francois said: ‘I did what all MPs do. I went to the index. I went to F. I looked for my name. It wasn’t there. So he can keep his 25 quid.’ What a charmer.