Andrew Robertson gave a candid insight into the impact of losing the Champions League final as he revealed Liverpool’s dressing room was a scene of total devastation.

The Scotland left back left the Olimpiyskiy Stadium with his reputation enhanced, his courageous performance epitomised by a superb tackle on Cristiano Ronaldo in the penalty area to deny the Real Madrid superstar a certain goal.

Robertson, however, had no interest in taking solace from personal compliments. He had his runners-up medal stuffed in his wash bag and could not answer if – or when – he will take it out to have a look.

‘It was an achievement to get here but second is as good as last, in my book,’ said Robertson. ‘That’s just how I am. I’d rather have had a stinker and we won. I’d rather 10 players turned up and I didn’t but we went home with the trophy. That’s just the type of person that I am.’

Frustration was leaping out of Robertson as he went through the painful process of examining why Liverpool, in his words, had fallen ‘one step too short’; there was no hint of blame apportioned to goalkeeper Loris Karius, just recognition that Madrid were ‘probably deserved winners’.

‘There was just devastation in the changing rooms,’ said Robertson. ‘We are all so upset. It’s just unfortunate. We have been on a good journey but we have just fallen short. Believe me, the lads are gutted. It was a 50/50 chance and unfortunately we never took it.

‘We had a chance to be heroes, to make our own history but it wasn’t meant to be. We will try and use this as motivation for next season, come back and really work hard. We will try to get off to a flyer. But it will be a long summer, the longest (stewing on a defeat) that I have had. 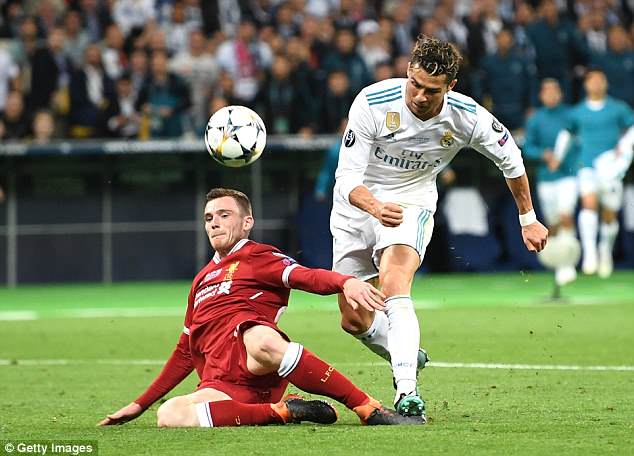 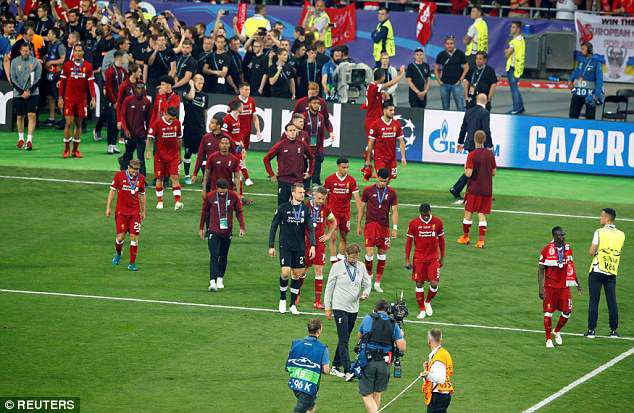 ‘Not one player should look back (on the season) with disappointment. How many records has Mo (Salah) broken? But he will probably look back on it as a disappointment because that’s what happens when you get to finals and lose.’

There will be more reason for Salah to look back in anger, given the consequences of his 26th minute skirmish that has put his hopes of playing at the World Cup in the balance; Robertson would not criticise Sergio Ramos for the crude manner he wrestled Salah to the floor but recognised the significance of the moment.

‘I think (the impact would have been the same if it was any of us (who got injured),’ said Robertson. ‘It could have been any of us. It just disrupted our rhythm a wee bit. Everyone looks because it is Mo Salah. He has done unbelievable this season and for it to end that way for him was devastating.’ 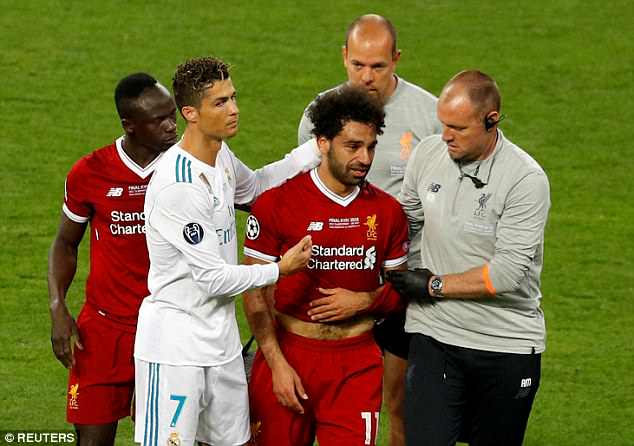 Devastating was also the word to use in relation to the experience Karius suffered in the second half and he posted an Instagram message on Sunday afternoon to express his sorrow to Liverpool fans.

Much was made of the fact no players went to him immediately after the final whistle but Robertson said: We win as a team, we lose as a team. We fell short. Of course he made mistakes. He did. But we are not blaming him. He will hold his hands up. He has been incredible since he go the No 1 jersey.

‘He is young and he will learn from it. He will be a top, top keeper. We have fallen short and there are no words that we can say to Loz that will make it better for him. We went around him. We all gave him a hug and tried to lift him. I don’t think anyone thought that was going to happen.’ 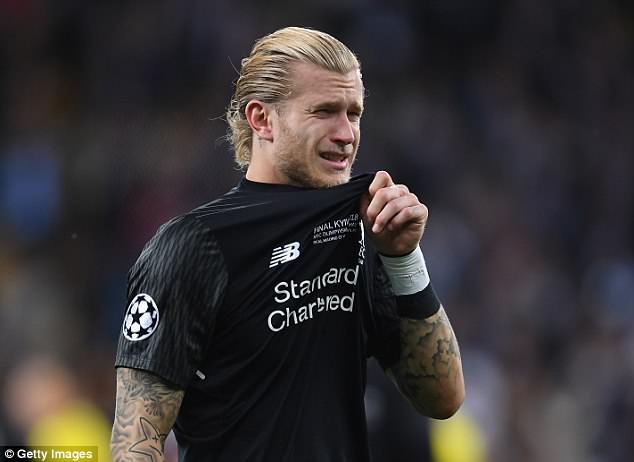