A couple who were the first to find Andrew Symonds’ wrecked car desperately tried to revive him while the cricket greats’ loyal dogs refused to leave his side.

The retired allrounder died about 10.30pm on Saturday in Hervey Range, 50km west of Townsville in Far North Queensland, when his vehicle left the road and rolled.

He was the only person in the car but his two beloved blue heelers were also in the vehicle and survived the crash.

Babetha Neliman and her boyfriend Waylon Townson were on the scene just two minutes after the crash but Symonds didn’t have a pulse.

Symonds was the only person in the car but the former cricketer’s two beloved blue heelers were also in the vehicle and survived the crash (pictured, Symonds with one of his dogs) 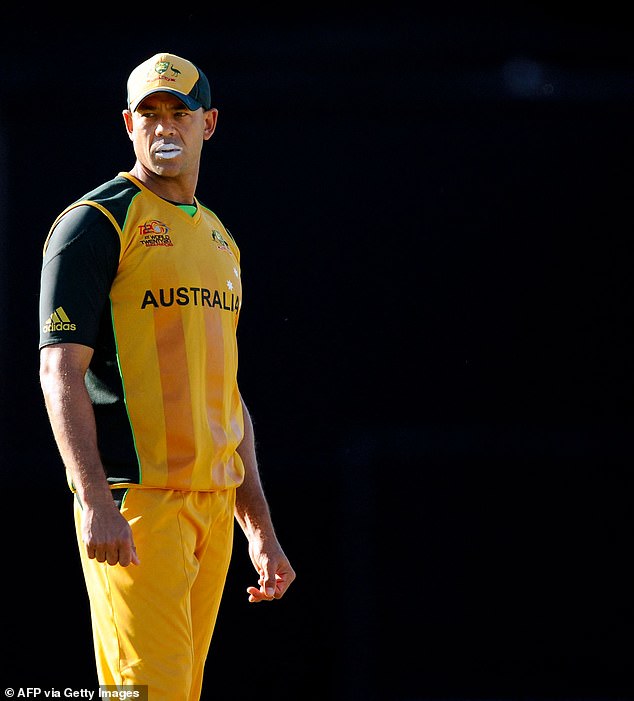 The retired all-rounder (pictured in 2009) died at about 10.30pm on Saturday in Hervey Range, 50km west of Townsville in far north Queensland, when his vehicle left the road and rolled

‘When we got there we could see a car upside down with a man in it,’ Ms Neliman told the Courier Mail, adding she immediately noticed the cricketer’s two dogs.

The couple found the cricket great hanging partially out of the car on the passenger side and said the car was still on and playing country music.

They said one of the dogs refused to leave his owners’ side.

‘One of them was very sensitive and didn’t want to leave him,’ Ms Neliman said. ‘It would just growl at you every time we tried to move him or go near him.’

She said her boyfriend tried to get Symonds out of the car to place him on his back, but he was ‘unconscious, not responsive and had no pulse’.

‘He was stuck in there, so I tried to pull him out,’ Mr Townson told 9News.

‘[I] started doing CPR and checked his pulse but I didn’t get much response.’ 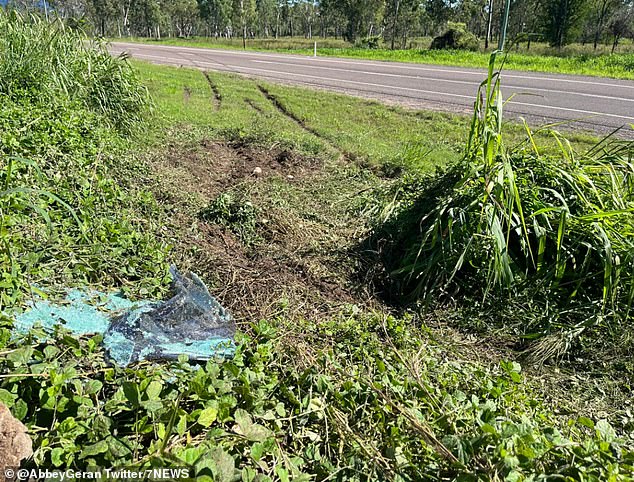 The scene of the crash west of Townsville, with skid marks still visible on the road and shattered fragments of a window in the foreground 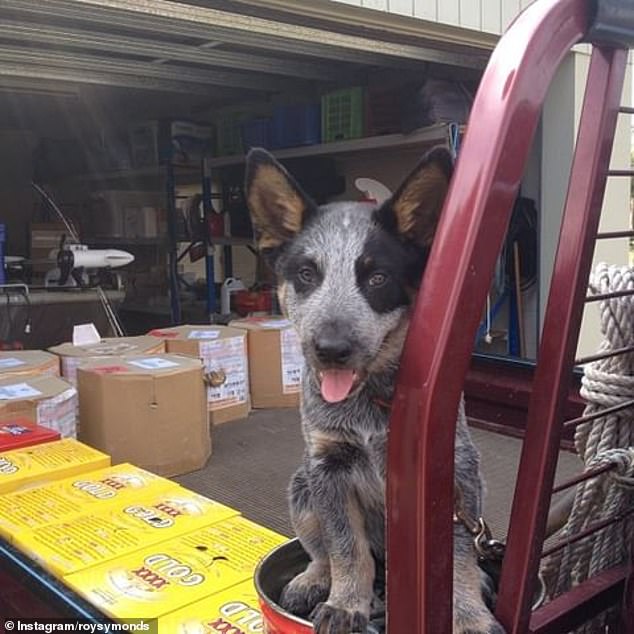 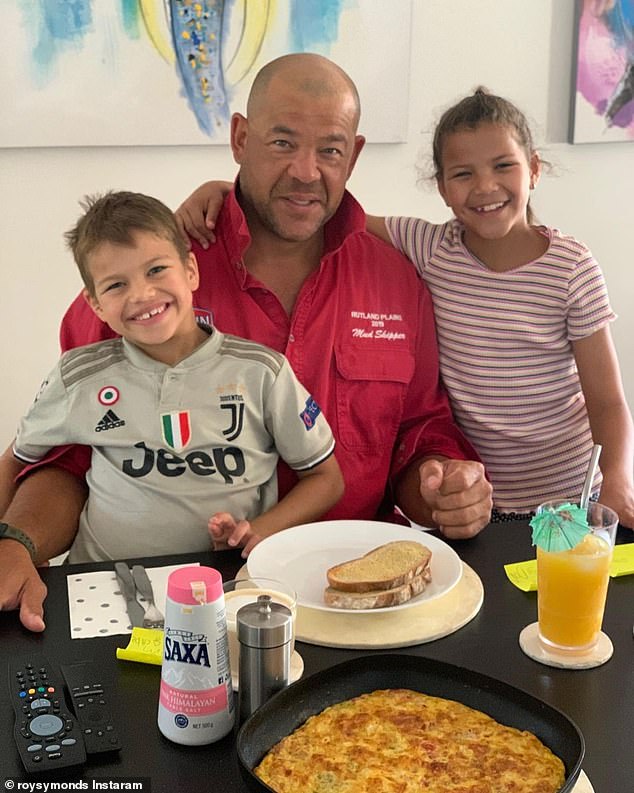 The couple had no idea at the time the man in the vehicle was cricket legend Andrew Symonds.

Symonds was on Hervey Range Road near Alice River Bridge when the accident occurred, and  he was removed from the vehicle to be treated by paramedics, who were on the scene when officers arrived.

‘Emergency services attempted to revive the 46-year-old driver and sole occupant, however, he died of his injuries,’ Queensland Police said on Sunday morning.

Inspector Gavin Oates told the Courier Mail there is no suggestion alcohol was involved, and said nearby residents were at the scene.

‘I think they provided the assistance they could at the time and called 000 and emergency services,’ he added.

Inspector Oates said the section of the Hervey Road Range the cricketer was discovered wasn’t known for car accidents.

The Forensic Crash Unit will investigate the cause of the crash. 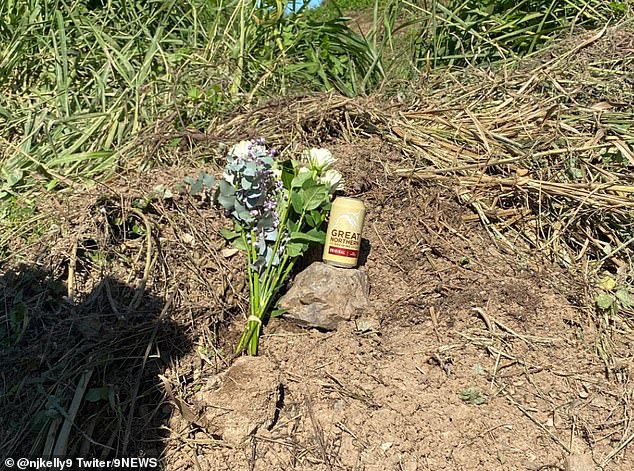 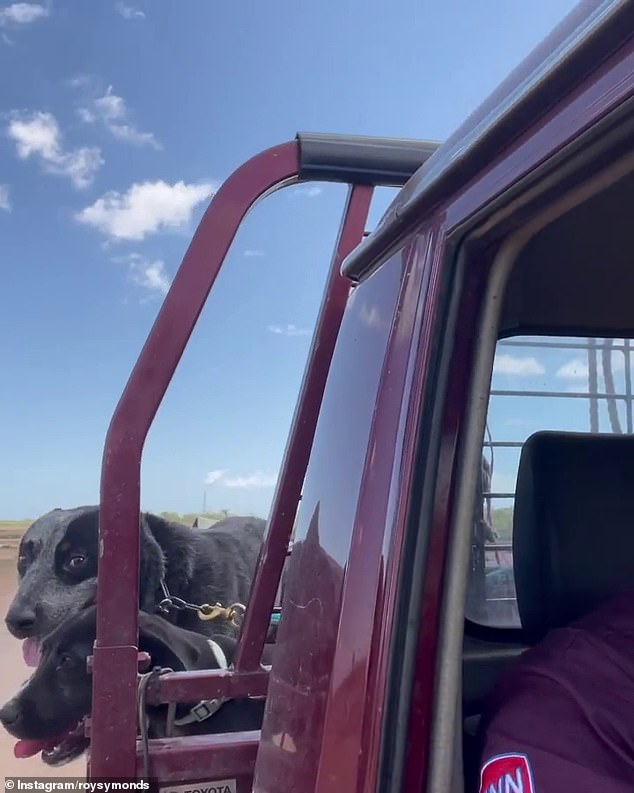 Police believe Symonds was on Hervey Range Road near Alice River Bridge when the accident occurred (pictured, the cricketer’s two dogs ride in the back of his vehicle) 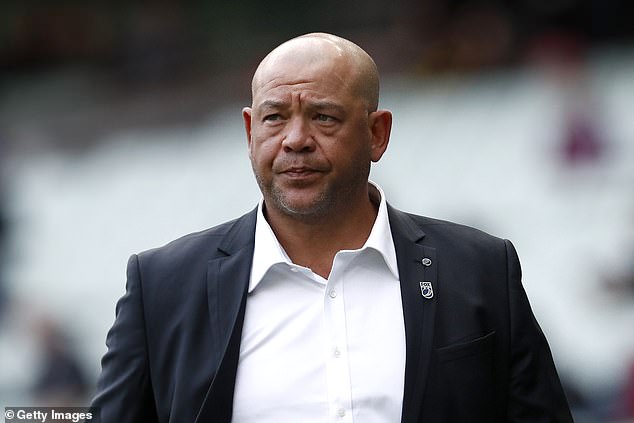 Symonds’ family confirmed his death and thanked friends and fans for their sympathy and support with his wife Laura voicing her grief on Sunday.

‘We are still in shock – I’m just thinking of the two kids,’ she told News Corp, referring to Symonds’ daughter Chloe, 4, and Billy, 2.

‘He was just such a big person and there was so much of him in his kids.’

She and the children flew to Townsville on Sunday morning.

His passing has shocked the sporting world just weeks after fellow cricket great Shane Warne suffered a fatal heart attack while on holiday in Thailand in March.

In a shock twist of fate, Symonds’ last Instagram post was a tribute to his teammate on March 5, hours after Warne’s death.

‘Devastated, I’m hoping this is all a bad dream I just can’t get my head around never seeing you again. Love to all the Warne family I’m speechless,’ he said. 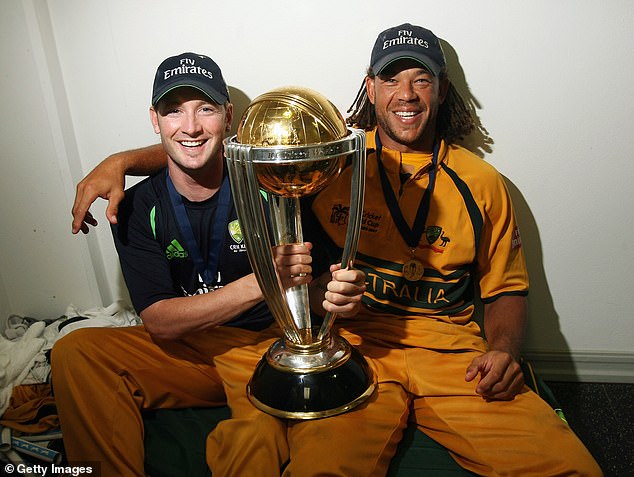 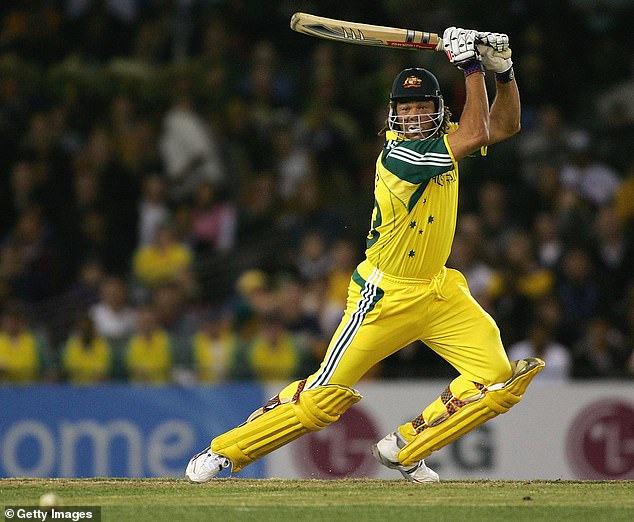 Symonds (pictured in 2005) was one of cricket’s most popular characters during his career, before he went on to work as a commentator for Fox Sports

The close mates spent last New Year’s Eve together at The Esplanade Hotel in St Kilda, along with their former teammate Michael Hussey.

Symonds was one of cricket’s most popular characters during his career, before he went on to work as a commentator for Fox Sports.

The star created a legacy as one of the best all-rounders in some of Australia’s greatest teams, as well as being regarded as the best fielder in the world at his peak.

After he left the game in 2009, Symonds pursued his love of fishing, hunting and getting about in the Australian bush in the country’s tropical north.