Andrew Symonds says JEALOUSY helped drive his shocking falling out with his former great mate Michael Clarke: ‘Money does funny things – it can be a poison’

Former cricket star Andrew Symonds has opened up on his rift with former friend and teammate Michael Clarke to reveal jealousy and money drove the pair apart.

The pair both made their Test debuts for Australia in 2004 and became close as they spent years playing together for the national side in the short and long forms of the game, but that all came to an end and a rift developed between them.

Symonds believes Clarke became envious when he signed a huge $1.8million contract with the Deccan Chargers in the Indian Premier League in 2008.

‘Matthew Hayden said to me — when the IPL started, I got a pretty penny to go and play in the IPL — he identified it as there was a bit of jealousy that potentially came into the relationship there,’ he told the Brett Lee Podcast.

Clarke and Symonds were still mates when they posed with the World Cup trophy after Australia’s win in 2007. A year later, they’d fallen out – with Symonds now revealing he believes money and jealousy helped fuel their rift 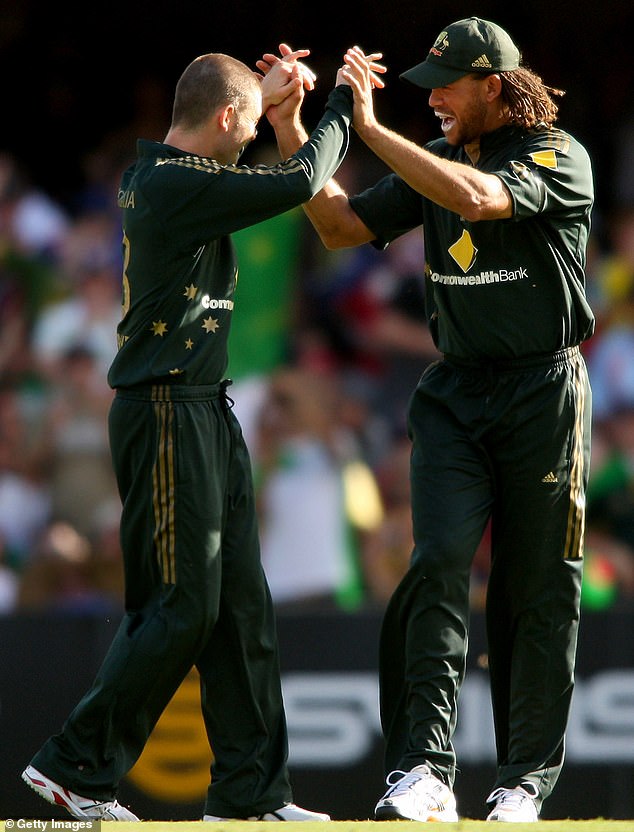 ‘Money does funny things. It’s a good thing but it can be a poison and I reckon it may have poisoned our relationship.

‘I’ve got enough respect for him to probably not go into detail about what was said.

‘My friendship with him is no longer and I’m comfortable with that, but I’m not gonna sit here and start slinging mud.’

It was a case of opposites attract when Clarke and Symonds were making their mark in Australia’s Test and one-day teams.

Symonds was a country boy who loved pig hunting and going on fishing trips out in the bush, whereas Clarke was a trendy Sydneysider known for dating model Lara Bingle, being seen at big social events and driving supercars. 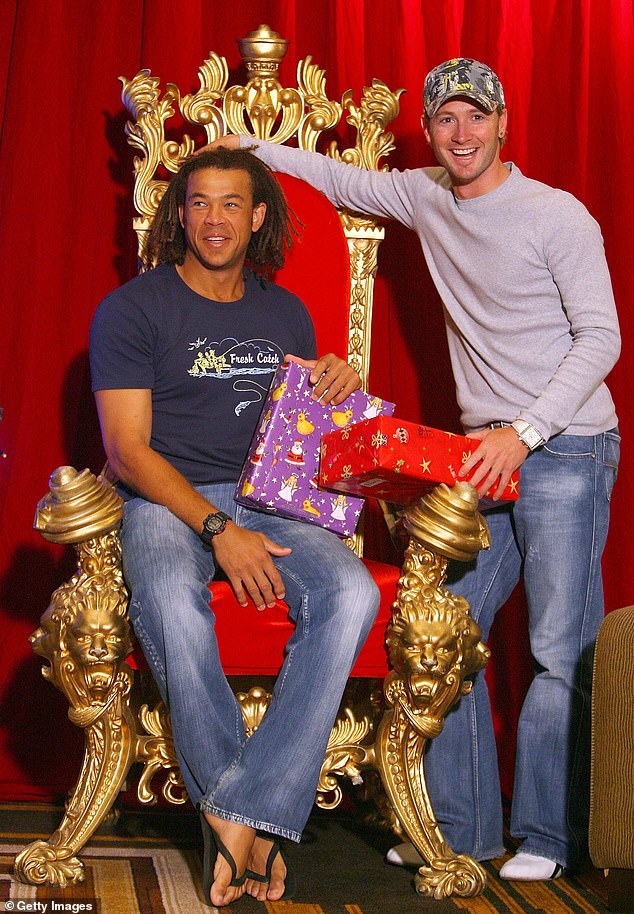 It was a case of opposites attract when the pair (pictured before the 2005 Boxing Day Test) first played together. Symonds was a laidback country boy who hated pretense, Clarke was the trendy Sydneysider known for his relationship with high-profile model Lara Bingle

They bonded over their shared love of rugby league and were often seen laughing on the field. Symonds also took Clarke right out of his element when he took him up to Australia’s wild north to go fishing and pig hunting.

Their mateship came to an end in 2008, when Symonds was sent home from a Test match in Darwin when he chose fishing over a compulsory team meeting. He felt Clarke – who was Test captain by then – had betrayed him.

To make matters worse, he’d already had a bad run-in with Clarke during a tour of the West Indies.

‘Our friendship was destroyed in that moment. 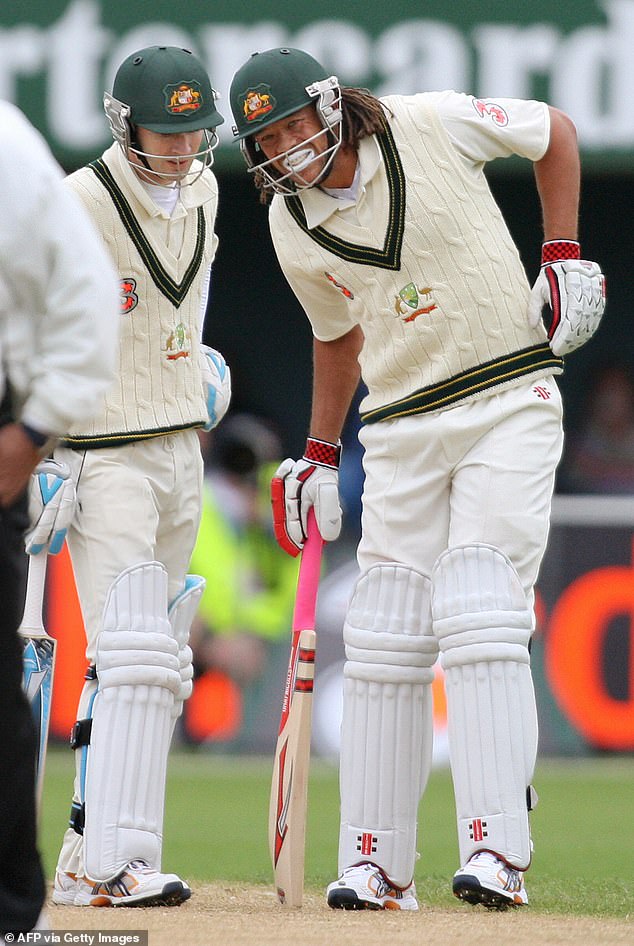 ‘He’d said to me, not in these words, but he’d suggested I was a selfish player and a selfish person. The one thing I don’t consider myself to be is that and that really annoyed me.’

The pair traded barbs after they were both finished with their on-field careers.

When Daily Mail Australia columunist Mike Colman asked Symonds how he felt the Channel 9 cricket coverage would go for the 2016 season he replied, ‘Well they’ve just hired Michael Clarke and Kevin Pietersen – the two most unpopular people in world cricket – so not too good I’d say.’

In 2015 Symonds had a crack at his former friend over his autobiography, leading to Clarke slamming him for turning up drunk before a one-dayer in 2005.

‘Andrew Symonds went on TV to criticise my leadership. I’m sorry, but he is not a person to judge anyone on leadership,’ Clarke wrote.

‘This is a guy who turned up drunk to play for his country. It’s pretty rich for him to be throwing rocks.’