Britain is a ‘divided kingdom’ and London and the North are as different as West Germany and Communist East Germany, Andy Burnham claimed today.

The Greater Manchester mayor lashed out at the disparity between the public transport systems in his city and the capital as he launched a charm offensive that many will see as another step towards becoming Labour leader.

He used his first column in the London Evening Standard to declare his ‘love’ for the city, having moved there in the 1990s, saying he would spend visits home ‘fiercely defending London and Londoners from the usual snipes and stereotypes’.

But he highlighted differences between the capital and his home in the North West, urging the two areas to unite politically to become ‘a powerful force for any government to reckon with’.

‘For those who go home, as I have done, you can’t help but become more frustrated about those disparities and this is nowhere more evident than on the transport system,’ he said.

‘If you compare transport in the North and in London, you may as well think two different countries — ie East and West Germany before the fall of the Berlin Wall.

The Greater Manchester mayor lashed out at the disparity between the transport systems in his city and the capital as he launched a charm offensive that many will see as another step towards becoming Labour leader. 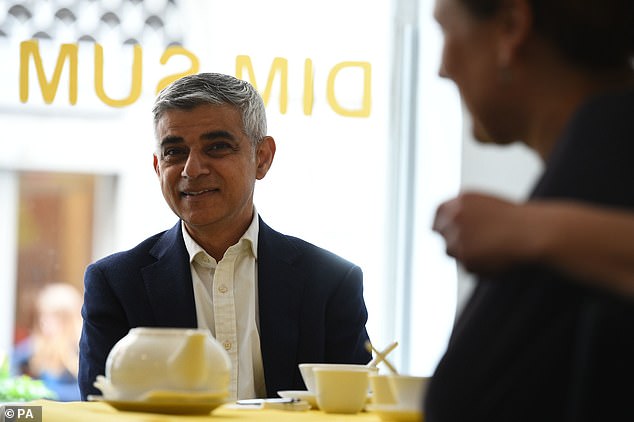 He also singled out for praise a potential rival, London mayor Sadiq Khan, saying he should be given additional powers to put him on a par with his counterparts in New York and Paris. 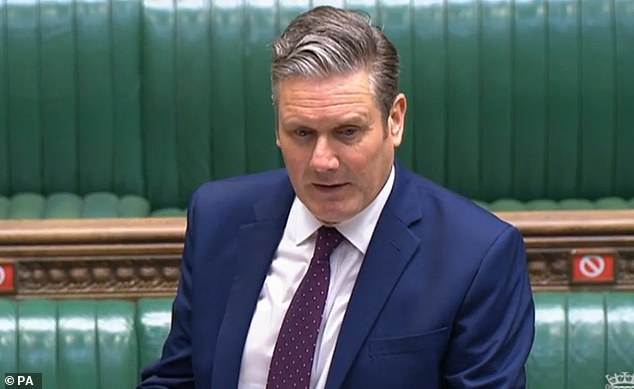 A defeat at the Batley and Spen by-election will mean it is ‘curtains’ for Sir Keir Starmer and his leadership of the Labour Party, Diane Abbott has claimed.

The former shadow home secretary said that if the party holds the constituency then Sir Keir may be able to ‘hang on as leader’.

But she said a loss should spell the end of his time in the top job as she tipped Andy Burnham, the recently re-elected Mayor of Greater Manchester, as a potential successor.

The comments made by Ms Abbott, a leading ally of former party leader Jeremy Corbyn and a key figure on the Labour left, prompted an immediate backlash amid an ongoing civil war.

One shadow cabinet source accused Ms Abbott of ‘rank hypocrisy’ as they said she had ‘never once called for Corbyn to resign after his various by-election defeats’.

A by-election is due to take place in the constituency of Batley and Spen after Labour incumbent Tracy Brabin quit Westminster after she was elected as the Mayor of West Yorkshire.

Labour has held the seat since 1997 and will be defending a majority of just over 3,500 votes.

The contest will take place in the wake of Labour’s defeat in the Hartlepool by-election at the start of May.

That loss, along with a difficult set of council and mayoral results for the party on ‘Super Thursday’, piled the pressure on Sir Keir as his critics questioned whether he can lead Labour back to power at the 2024 general election.

Many in the party are already looking to the future and potential replacements for Sir Keir, with Mr Burnham and London Mayor Sadiq Khan viewed as the frontrunners.

‘Like many things wrong with this country, our problems today can be traced back to the Eighties. Back then, Margaret Thatcher decided to break up municipal bus companies everywhere across England, except London.

‘We have had 35 years of rising fares, routes being cut and passenger numbers falling. We have barely any night buses, no Oyster system and no daily cap.

‘I mention it to help people understand why the North feels the way it does and, hopefully, win some support for our calls. A single bus journey in Harpurhey, Greater Manchester, should cost the same as one in Haringey, London — ie £1.55, not £4 plus. Is that so unreasonable? I don’t think so. Levelling up should mean London-style transport for all English city regions.

‘If London got behind that, it would reflect well on it and reduce anti-London feeling.’

Mr Burnham’s acceptance of a column in a newspaper whose readership is 200 miles from his political base in the North West comes as he admits he would like to lead Labour after Keir Starmer.

But he also singled out for praise a potential rival, London mayor Sadiq Khan, saying he should be given additional powers to put him on a par with his counterparts in New York and Paris.

Mr Khan himself raised eyebrows yesterday when he visited a factory in Yorkshire.

At the weekend Mr Burnham claimed Labour would have held on to more northern seats at the  2019 election if he had been party leader instead of Jeremy Corbyn.

The Greater Manchester mayor made the claim as he revealed he would run for the leadership again after the next election if he had enough support.

He served as a shadow minister before quitting national politics to become mayor of Manchester before Labour’s catastrophic display at the 2019 election, its worst since the 1930s.

But buoyed by an increased majority in Manchester in the election last week, and Keir Starmer’s increasing difficulty over Labour’s wider results, Mr Burnham has learned towards a new run at the party leadership.

Speaking to the Observer he was deeply critical of modern Labour’s failure to take a stronger stance on major policy issues, particularly social care reform, and said the party lacked the boldness to attempt any move on the scale of its greatest achievement – creating the NHS in 1948.

Mr Burnham said had he beaten Mr Corbyn to the leadership six years ago he would have been more successful in stopping the Conservatives from breaking the so-called ‘red wall’ – including the many northern heartland seats lost in the 2019 general election, and the crushing defeat endured in this month’s Hartlepool by-election.

‘I still think life would have been different if I had won,’ said Mr Burnham, who romped to victory in his mayoral election on May 6, taking all 215 wards in Greater Manchester.

‘I think we would be stronger in taking on the Government. I don’t think we’d have lost as many northern seats had I won.’

An Opinium poll published in the paper shows Mr Burnham – who also failed in a 2010 leadership bid – is widely seen as the most likely and able successor to current leader Sir Keir Starmer, with 47 per cent ranking him on top, ahead of 35 per cent for London mayor Sadiq Khan and 29 per cent for Leeds Central MP and former Labour frontbencher Hilary Benn.