Actor Andy Dick has been fired from a film after allegations surfaced that he groped colleagues on set. While Dick has denied the groping he is admitting to inappropriate behavior such as ‘licking’ people.

Dick, 51, had a small role in the independent feature film Raising Buchanan. When asked about the claims the bisexual actor said ‘I might have kissed somebody on the cheek to say goodbye and then licked them. That’s my thing.’

The alleged victims have not yet come forward, but sources detailing Dick’s behavior to the Hollywood Reporter claim his behavior included groping people’s genitals, unwanted kissing/licking and sexual propositions of at least four members of the production. It’s unclear if those involved were actors or crew. 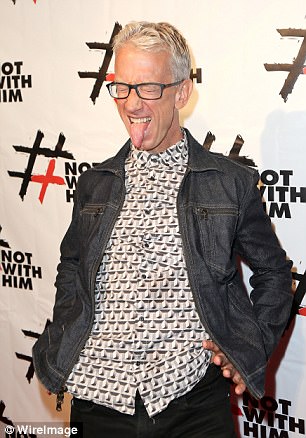 Dick confirmed he was let go from the production, and not only admitted to licking people but also that he made advances to others on set.

The comedian and actor has a long list of well documented troubles with substance abuse, which he himself has said led to offensive behavior in the past.

‘I don’t grope people anymore. I don’t expose myself anymore,’ he told the Hollywood Reporter. ‘I do understand that the temperature in the world right now is delicate.’

‘I didn’t grope anybody. I might have kissed somebody on the cheek to say goodbye and then licked them. That’s my thing — I licked Carrie Fisher at a roast. It’s me being funny. I’m not trying to sexually harass people,’ he continued.

Dick has been previously caught in compromising situations. He was escorted off Jimmy Kimmel Live for repeatedly touching Ivanka Trump in 2007.

Kimmel himself carried Dick offstage with help from the show’s security team. 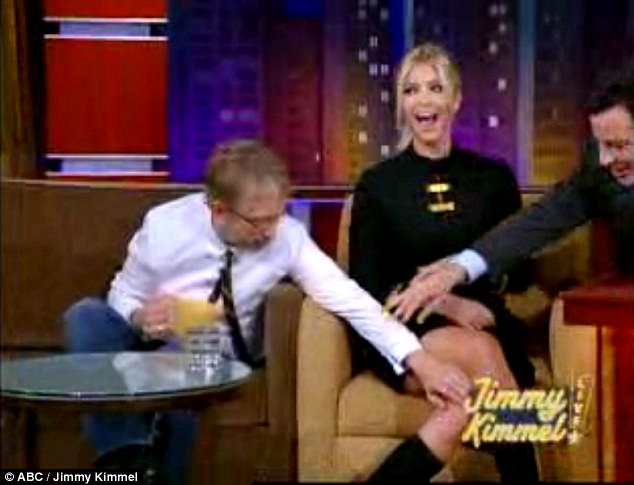 ‘I didn’t grab anybody’s genitals,’ he said of the production staff accusing him, but he did not deny that he propositioned some. ‘Of course I’m going to proposition people. I’m single, depressed, lonely and trying to get a date. They can just say no, and they probably did and then I was done.’

At first he made light of the situation joking ‘my middle name is misconduct. They know what they signed up for.’

He then acknowledged that the recent Harvey Weinstein sexual assault and harassment scandal has brought a heightened awareness to situations such as he has now found himself in.

Dick also says he tried to defend Weinstein on the set in Arizona, but that that was met with acrimony.

‘Can I tell you my side of it,’ Dick asked the Hollywood Reporter, as he explained how the the filmmakers could’ve been upset that he was defending Weinstein, with whom he made two films.

‘They were so incensed by what I was saying. People are so sensitive,’ he said, without elaborating on how he spoke about Weinstein specifically.

Dick’s role on set seemed to immediately cause a disturbance. Sources say he showed up late the first day after missing his flight the night before.

When he finally arrived he hadn’t memorized his lines, the sources told the Hollywood Reporter.

They also say he had an associate with him who fell asleep on set and was snoring- disturbing production.

Dick says his on set associate is his sobriety coach, Paul Ryder. 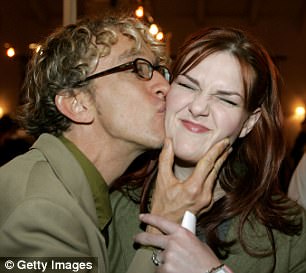 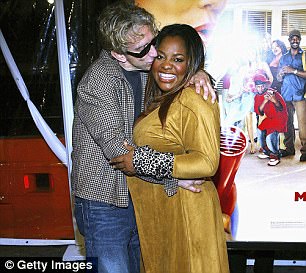 Too close for comfort: Dick and actress Sara Rue (left) during an awards party in 2004, and with Sherri Shepard (right) in 2005

The sources who worked with him on the production questioned if Dick was in fact sober, claiming that he appeared and acted inebriated.

The actor has been to rehab over a dozen times, and has been forthcoming about his struggles with substance abuse.

The Hollywood Reporter questioned Dick about his sobriety, and he says he is sober despite a medication mix-up.

‘I overtook my medication and took too many Xanax and I was a bit loopy (on set). That didn’t make me rape people. I really don’t get it. I’m always trying to be funny and trying to get a date. I still don’t have a date. I am on Tinder and I’m looking,’ he said.

‘I don’t know the difference between sexual harassment and trying to get a date. In the ’70s, all the girlfriends I got was by kissing and licking their cheek. I don’t know anymore,’ the 51-year-old said.

Dick says Ryder is his ‘sober companion,’ though if he was snoring, it’s possible that ‘he overdid his medication, too,’ Dick added.

‘He’s sober and I’m sober. He’s sitting with me right now. He’s my best friend. I didn’t hear him snore but I have bad ears.’ Ryder then spoke up in the background of Dick’s interview saying: ‘I never saw him grope.’

Dick says that if the allegations of misconduct continue, he will retire from acting.

First, however, he says he wants to to promote his new documentary: Everybody Has an Andy Dick Story.

For now he says he’s learned his lesson. ‘I won’t do it anymore,’ he said. ‘I won’t lick anyone’s face anymore. We have an agreement.’