Just to make the start line at Wimbledon was an achievement for Andy Murray, not to mention the wonders of medical science.

He provided a massive first week bonus to the tournament but it all came to a shuddering halt on Friday night,f when he was hustled out by one of the young talents sure to outstay his career.

Murray now has the unusual situation of a middle weekend to contemplate his future after going down 6-4 6-2 6-2 to 22 year-old Denis Shapovalov. The rousing standing ovation offered to him at the end will not have been much consolation. 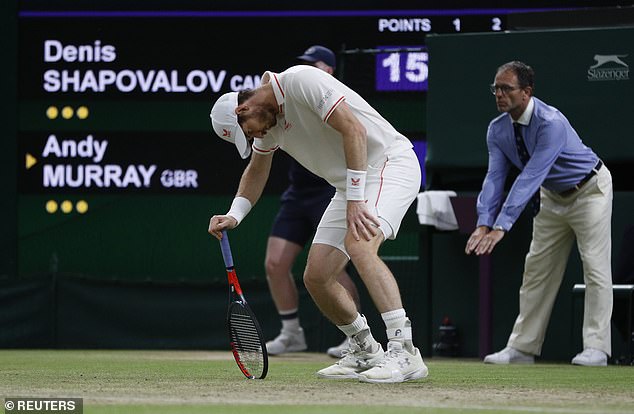 He was able to rationalise the events of the week afterwards and look ahead, saying: ‘I got through a week of a Slam without getting injured, that’s a positive. There were moments of really good tennis mixed with bad moments.

‘I feel like I can play better and close matches out. I messed up against Basilashvili in the first round, I was up against Otte (in the second). I could have put myself in a better position going in to today.

‘Tonight showed that I need more time on the match court and the practice court and I haven’t had either in the past few months.

‘To compete with guys of his level my game needs to be spot on. It would have been difficult enough for me when at my best. My consistency has been all over the place. Providing I can stay on the court consistently for three or four months my tennis will get back to a higher level. I feel like I can do a lot better than I did this evening.’

It was the first time the 34 year-old Scot has gone out of the third round since his debut in 2005, and represented his heaviest ever defeat at The Championships. 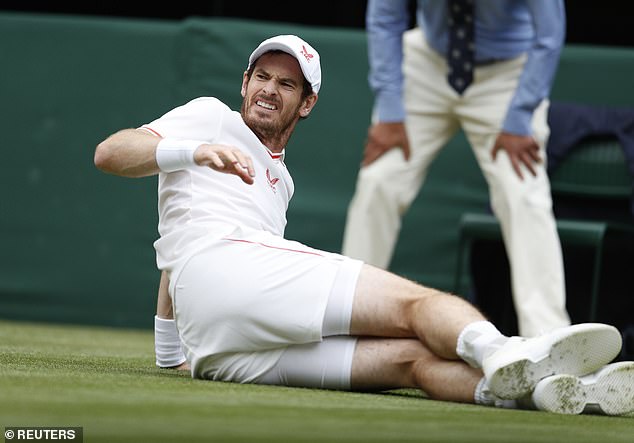 That he made it here at all was something, given what the last four years have been like. Even a few weeks ago, following multiple setbacks and prior to him playing at Queen’s Club, there were grave doubts over whether he could be competitive at this level in his reduced physical state.

He showed that he can be, but it will remain a matter of conjecture whether he will be able to be back here and once more play in front of, God willing, a permitted full house. Next up is the Olympics, followed by the lead-in to the US Open, all being well.

Twice he has been assisted by the closure of the roof this week in his normal evening slot, but the chance to reset and refresh after the second set would not be enough to save him this time.

He was broken six times in a match which again suggested that he can still produce tennis of the highest quality, but not for the sustained periods that he used to. 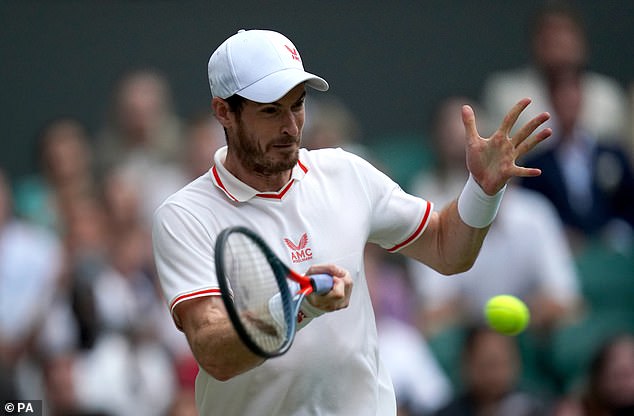 The two players enjoyed a warm exchange at the net afterwards, with the Canadian having warm words for a player he has always looked up to.

‘I told him he was my hero,’ he said. ‘He’s trying to do what nobody has done before, it’s inspirational. He really pushed me hard in the first set, then I kept my level up and he maybe went a little down.’

It is Shapovalov who will spend the next two days preparing for the second week, with the home singles contingent whittled down to two after what had been a broadly encouraging first four days.

After the defeat of Dan Evans against Sebastian Korda this was the second instalment of a seasoned British grass courter going up against the finest North American youngsters.

By the time Murray walked on it was nearly 7pm with every prospect that the roof would break up the match at some point due to the later than usual start and preceding matches running on. 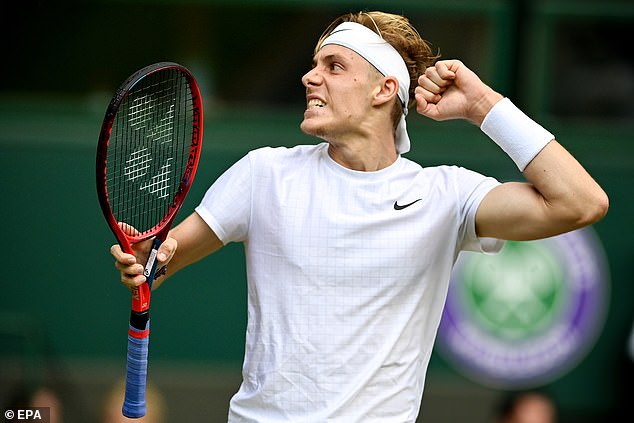 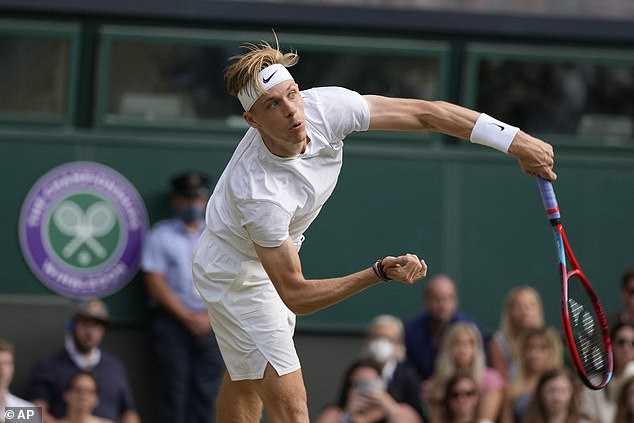 While the courts have been drying out, Murray began by slipping onto his backside on the very first point. Having fallen for a second time in the second game he promptly changed his shoes.

While he found his feet Shapovalov found his range, and powered ahead to 5-1 with two breaks of serve. In the stands there was a sense of muted anxiety, in case this turned ugly. An optimist might have hoped that it was just one of Murray’s dips of the past week coming early.

The British number four (that still sounds strange) then snapped back into it and with electrifying returns recovered one break. He should have had a second as the blonde lefthander started to miss.

The tenth game was right up there with the best Murray has been a part of at SW19, although it was not the normal outcome. Three break points were created, and on the third of them Shapovalov produced the most exquisite stop volley that beautifully arced over the net. 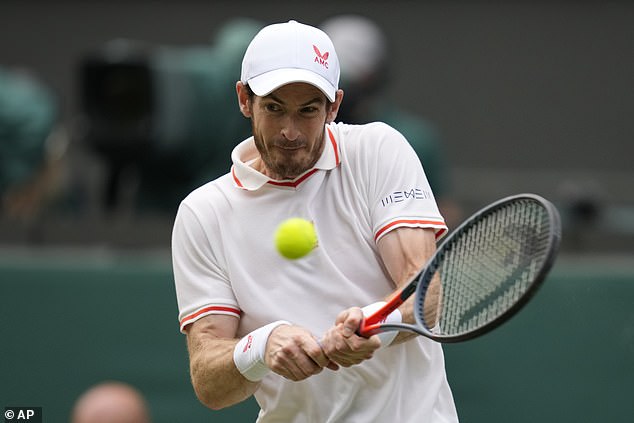 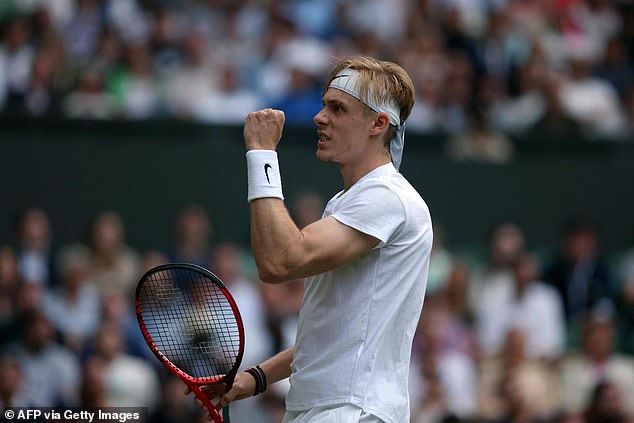 It was already clear that the Canadian, with his start-the-lawnmower backhand, is a superior ballstriker to the previous two opponents, and at times Murray looked heavy legged by comparison.

That effect was magnified by conceding another break in the first game of the second set, which saw the momentum switch back thanks to a double fault from the Scot, the kind that you would have rarely seen a few years back.

Murray is short of matchplay and needed a big serving night that never materialised. There was no surrender – there never is – but he was powerless to prevent himself going into the now customary roof break without having a mountain to climb on the other side.

There are only so many that can be scaled in a career, and this one always looked beyond him. 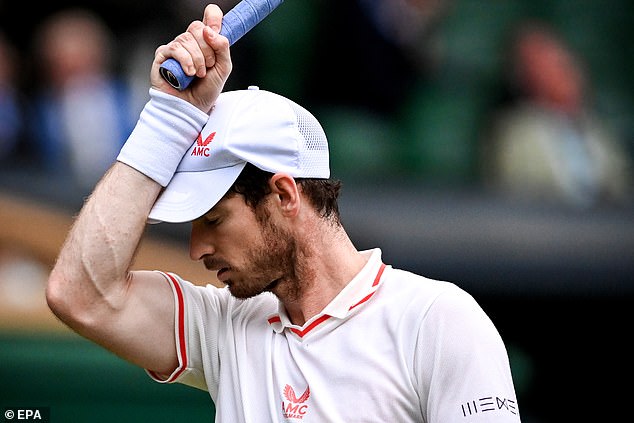