The three-time Grand Slam winner, a wildcard at the second-tier competition and the fifth seed, saw off Maden 6-3 6-1 in an hour and 12 minutes.

After being broken in his second service game, Murray immediately broke back and then broke Maden again in the eighth game en route to claiming the first set. 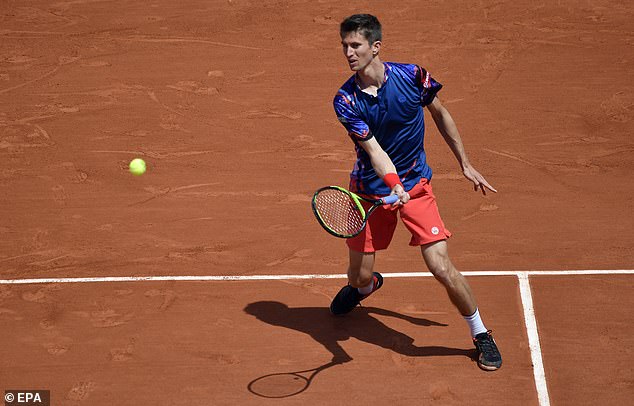 The 34-year-old Briton also broke his opponent in the opening game of the second set as he won nine games out of 10 to seal his passage into the next round.

Murray is to play the winner of the contest between French qualifier Manuel Guinard and Russia’s Roman Safiullin in the last 16.

He is the first Grand Slam champion to compete in the tournament, which started in 2006 when it was won by Jo-Wilfried Tsonga.

The likes of Richard Gasquet, the top seed, Gilles Simon and Lucas Pouille are also playing in the event.

Murray is in action in Rennes after his first-round defeat at the US Open to third seed Stefanos Tsitsipas, in which he pushed the Greek to five sets.

The Scot, who has been through a number of injury problems in the last few years and is currently ranked at 116 in the world, told a press conference after the win over Maden: ‘It didn’t start so well, [it was] quite different conditions playing here to New York.

‘It is quite a lot slower and the ball is bouncing very low, so it’s quite different. But I think second set I did better, I served much better, and started to hit the ball a little bit cleaner from the back of the court.

‘It was a decent start, but it takes a bit of time getting used to the court and the conditions.

‘I want to play matches. I haven’t had many matches this year, and right now my body feels good. 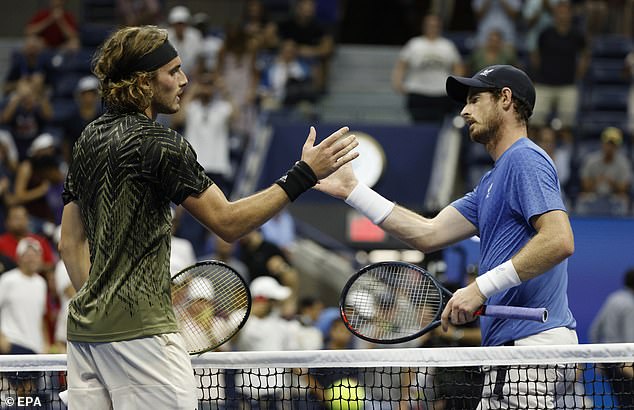 ‘One of the goals between now and the end of the year is to make a big improvement in my ranking, and to do that I need to be competing often.

‘I still feel like I can play at a very high level, but if all of the time when I go to the big tournaments I’m playing top players right at the beginning of the events, it is not so easy. So I need to try to improve my ranking to avoid situations like that.

‘Right now I feel good. The few weeks I had over in America, I felt good each week, which this year I’ve not really at many points felt good for like three, four, five, six weeks in a row.

‘So that’s why I’m here to compete and I’m going to try to play as many tournaments as I can between now and the end of the year while my body feels good.’

Murray has also been given a wildcard into the ATP event in San Diego later this month.