Andy Murray has revealed in a new documentary how he knew the gunman who shot dead 16 children and a teacher in the Dunblane school massacre.

The tennis star, who was just nine-years-old at the time, has told how he shared a car with killer Thomas Hamilton and attended his kids clubs.

Murray and his brother Jamie were in lessons in March 1996 when Hamilton burst into the gym hall armed with four handguns, then gunned down pupils before killing himself.

The Scot opened up about the tragedy for the first time in the Amazon documentary ‘Andy Murray: Resurfacing’, and told how tennis became an ‘escape.’

He told film-maker Olivia Cappuccini: ‘You asked me a while ago why tennis was important to me. Obviously I had the thing that happened at Dunblane. When I was around nine.

‘I am sure for all the kids there it would be difficult for different reasons. The fact we knew the guy, we went to his kids club, he had been in our car, we had driven and dropped him off at train stations and things.’

Andy Murray (pictured, on the documentary) has revealed for the first time how he knew the gunman who shot dead 16 children and a teacher 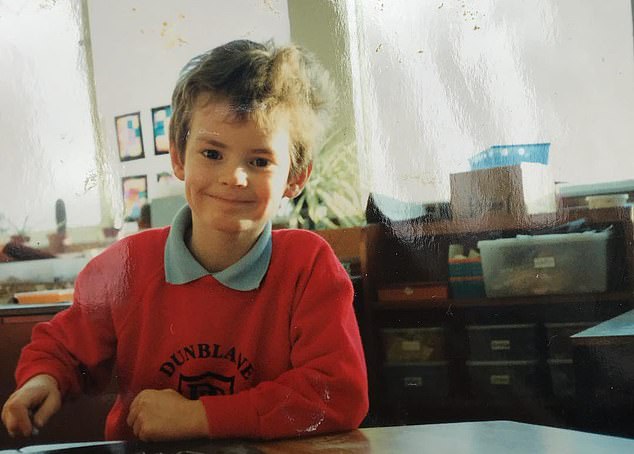 The tennis star (pictured at Dunblane Primary School) who was just nine-years-old at the time, has told how he shared a car with killer Thomas Hamilton and attended his kids clubs. 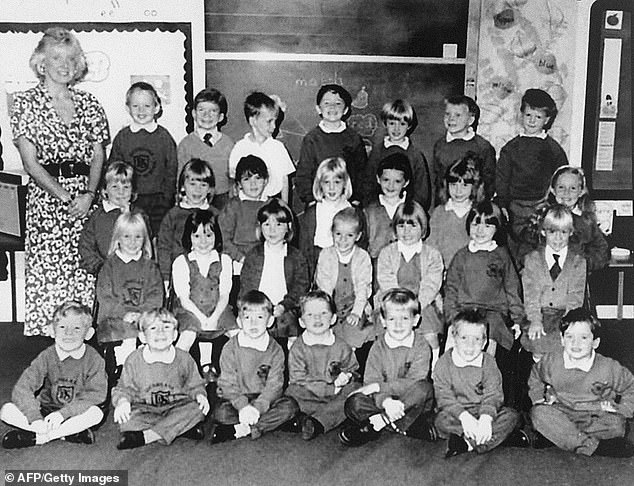 The Primary 1 class at Dunblane Primary School, pictured with teacher Gwenne Mayor, who was killed with sixteen of the children in the massacre

Former world No.1 Murray has only previously briefly mentioned the Dunblane tragedy on a BBC programme in 2013, but never spoken about how he knew the killer.

He could not speak face-to-face about the tragedy in the new film – he instead left a voicemail for the director. 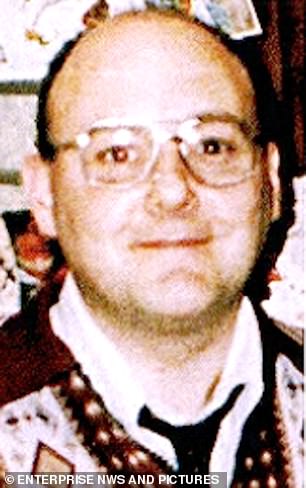 He also tells how just 12 months later his parents Judy and William got divorced and his older brother Jamie left home to play tennis.

He continued: ‘Within 12 months of that happening, our parents got divorced. It was a difficult time that for kids.

‘To see that and not quite understand what is going on.

‘And then six to 12 months after that, my brother also moved away from home. He went away to train to play tennis in Cambridge.

‘We obviously used to do everything together. When he moved away that was also quite hard for me.’

He said soon after that he suffered with ‘lots of anxiety’ that came out when he was playing tennis.

He added: ‘When I was competing I would get really bad breathing problems.

‘My feeling towards tennis is that it’s an escape for me in some ways. Because all of these things are stuff that I have bottled up. 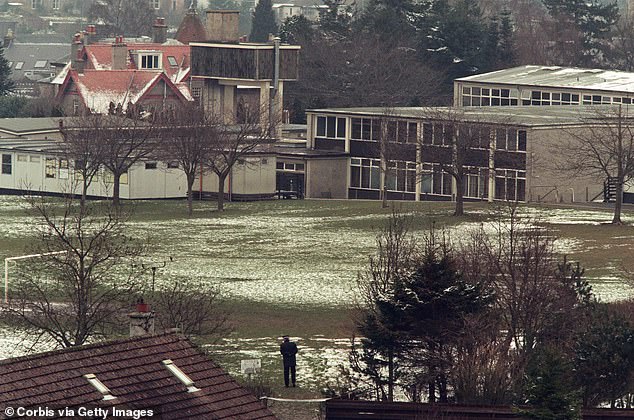 Murray he could not speak face-to-face about the tragedy in the new film – he instead left a voicemail for the director. Pictured: A police officer stands guard at the school after the shooting 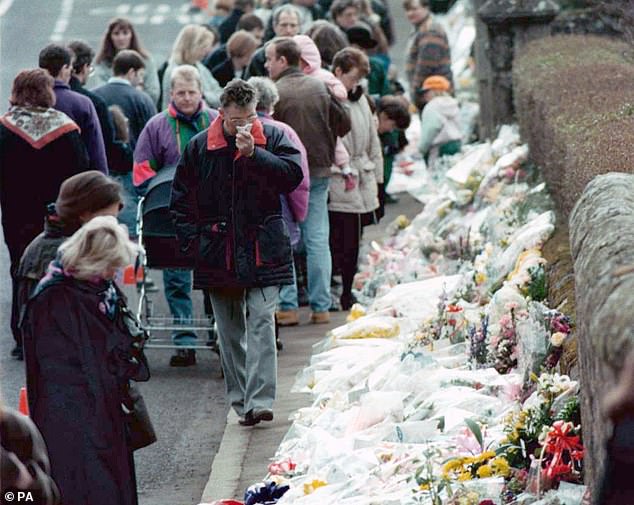 The massacre on March 13, 1996, shortly after 9.30am in the Stirlingshire town shocked the nation and led to the UK enforcing some of the strictest firearms legislation in the world. Pictured: Floral tributes to the victims line a road near the school

‘I don’t know because we don’t talk about these things. They are not things that are discussed.

‘The way that I am, on the tennis court, I show some positive things about my personality and I also show the bad things and things I really hate. Tennis allows me to be that child, that has all of these questions and that’s why tennis is important to me.’

The world premier of the movie was held at the Curzon Bloomsbury in London last night with Andy’s wife Kim, brother Jamie and mum Judy at the screening with the two-time Wimbledon champion

The documentary showed the career-saving hip surgery Murray had in January 2019 and charted his journey from a year earlier when he initially had an operation on his hip. 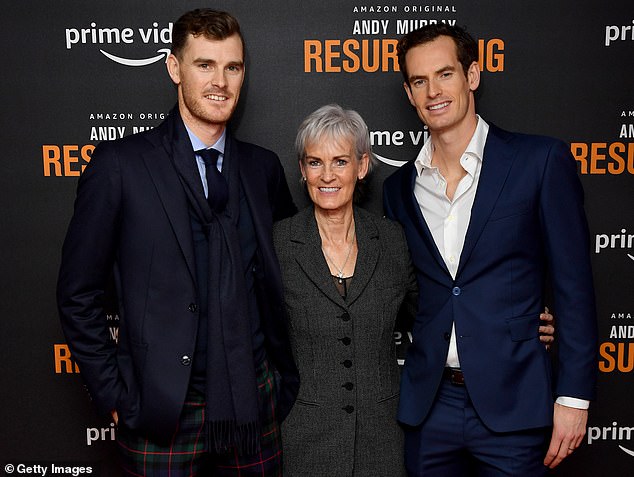 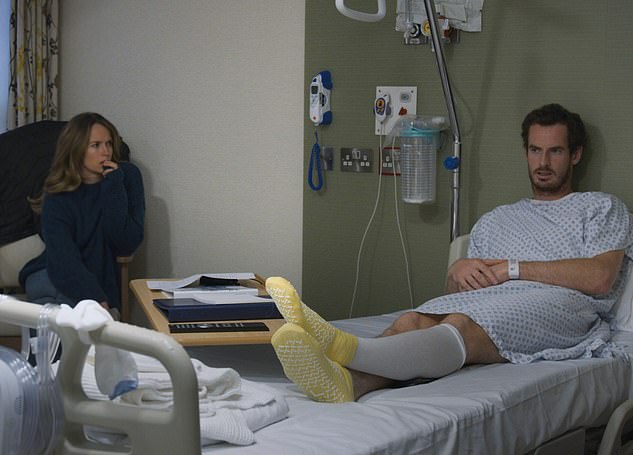 Clips show an emotional Murray discussing how he feared that his playing days were over. Others show him pre-surgery and during his recovery from his career-saving operation

His mother Judy and brother Jamie both feature as well as his wife of four years Kim Sears.

Filmmaker Cappuccini is the girlfriend of Kim’s brother Scott – and Murray trusted her so much he did not even ask to see the film before the premiere in London.

The two-time Wimbledon winner recently stepped up his return to tennis by winning the European Open in Antwerp.

Speaking to journalists he said: ‘I obviously spent a lot of time with the lady who was filming it.

‘You were getting asked a lot of questions all the time. We were travelling together for quite a while, spending weeks on end together, and I was getting asked questions like ‘Why is tennis important? Why is it important to you?’

‘At the beginning, I was like: ‘Well, it is. It’s important to me. I know I am very fortunate I get to play, and very lucky that this is what I get to do for my living. It’s important for me for other reasons.

Disgraced former Scout leader Thomas Hamilton was 43 when he carried out the planned execution of innocents, first cutting the school’s telephone wires before making his way to the gym hall armed with four legally-held handguns and hundreds of rounds of ammunition.

Inside the gym, 28 primary one pupils were preparing for PE class as he entered and began shooting, killing 16 children and their teacher Gwen Mayor and injuring 15 others.

The massacre on March 13, 1996, shortly after 9.30am in the Stirlingshire town shocked the nation and led to the UK enforcing some of the strictest firearms legislation in the world. 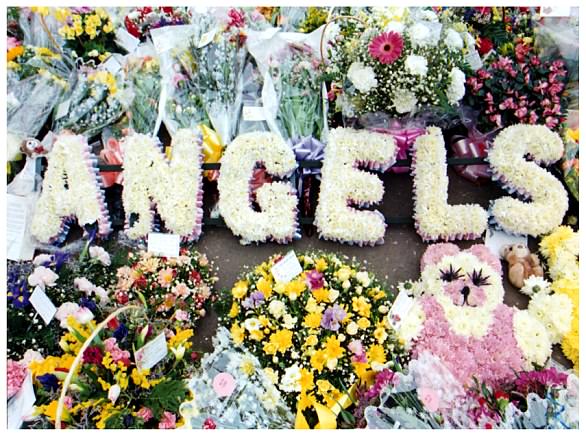 Thomas Hamilton shot dead 16 children and their teacher in Dunblane on March 13, 1996 before turning the gun on himself in Britain’s worst ever gun massacre

Hamilton became a Scout leader in 1973, at the age of 20, but was asked to leave the following year because of complaints about his behaviour at camp.

In a BBC documentary to mark the anniversary, former head teacher Ron Taylor, 63, described how he is still consumed with guilt by the tragedy.

‘It was unimaginably horrible to see children dying in front of you. I felt enormous guilt – more than a survivor’s guilt. It was my school, I felt violated,’ he said.

‘As a headteacher what happened to me that day was the worst experience any headteacher could have. People have to cope in their own way.

‘One of the things I have at home is a box full of newspaper articles.

‘And it includes my own written version of the events of the day and I did that to help. I locked it away and thankfully I have never looked at it again.’