Andy Murray has ruled out reforming his superstar mixed doubles partnership with Serena Williams at Wimbledon this year to give his body the best chance of negotiating the singles.

While the 34-year-old Scot was encouraged by his two matches in last week’s cinch Championships, where he lost to eventual winner Matteo Berrettini, he has to manage his workload. There will be no appearance in the men’s doubles, either, in which he also played two years ago.

‘I hadn’t planned on it this time. Getting through singles matches has proved tough enough the last year or so,’ he admitted. 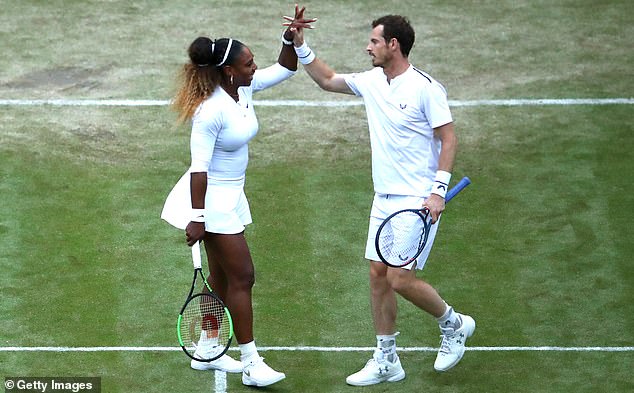 Murray will carefully plan his practice as he prepares to play singles at SW19 for the first time in four years.

‘In the build-up to Queen’s I was doing one hard day, one light day. That is what the plan is this week as well,’ said Murray, who had lined up a hit with Marin Cilic yesterday. ‘Try to play a couple of sets, then tomorrow do less moving and more specific work. And then Wednesday, play sets again. I’ll take one day off between now and the start of the tournament, so that’s the plan: one hard day, one easy day, try to play as many sets as I can.’

Like many players, Murray is delaying his entry into the tightly restricted, official Wimbledon bubble for as long as possible, hence his decision to practice back at Queen’s on Monday. 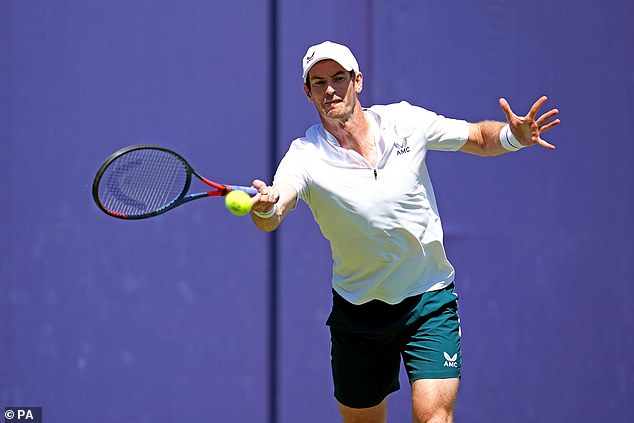 He is resigned to not having his four children watching him at SW19 this year due to the reduced facilities.

‘I am not sure if it is appropriate for kids and there is not anywhere for them to hang out,’ he said.

‘Usually when the players’ lounge is open, they have a creche and things for the kids. I’m not sure if that’s the case this year.

‘Maybe my parents will come along but Kim and the kids, I’m not sure.’