Andy Murray has admitted he feels ‘crushed’ after being knocked out of the men’s doubles in Tokyo, but thanked Team GB in an emotional social media post with his future at the Olympics now uncertain.

Murray and his playing partner Joe Salisbury starred to reach the quarter-finals of the event, and even led opponents Marin Cilic and Ivan Dodig of Croatia by a set and a break before they suffered late heartbreak.

And now, just hours on from the 4-6, 7-6, 10-7 defeat, superstar Murray has taken to Twitter to share his raw feelings while also reflecting back on the standout Olympics memories from his illustrious career.

‘I feel crushed after today’s loss. Sport can be brutal,’ Murray wrote. ‘Thanks so much @joesalisbury92 for the opportunity to play. You were brilliant. I wish it could have gone a little better but s*** happens.

‘And if this is the end of my Olympics journey I want to say a huge thanks to Team GB and all the tennis support team for everything they have done to help me perform at my best over the years.

‘It’s been an absolute privilege to represent you and my country at four Olympics and it’s given me some of the best memories of my life.’ 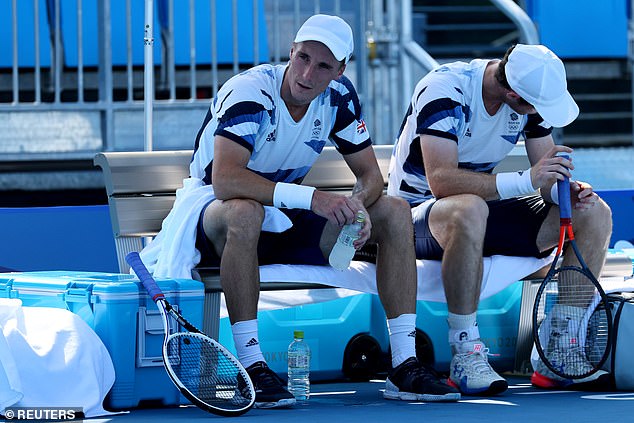 Murray withdrew from the men’s singles competition earlier this week to fully concentrate on his bid for a doubles’ medal with Salisbury, and for a while it looked as though another fine result was on the cards.

However, they were brought crashing back down to earth after Team Croatia broke Murray’s serve and then took the deciding tie-break.

That saw Murray’s hopes of a fourth medal at the Olympics ended, although he still remains the only tennis player in history to have won successive golds. He also clinched silver with Laura Robson at London 2012.

It appears increasingly unlikely that Murray will compete for a fifth time at the showpiece in Paris in three years’ time, and the 34-year-old has admitted he wished the tie against Croatia ‘could have gone differently’. 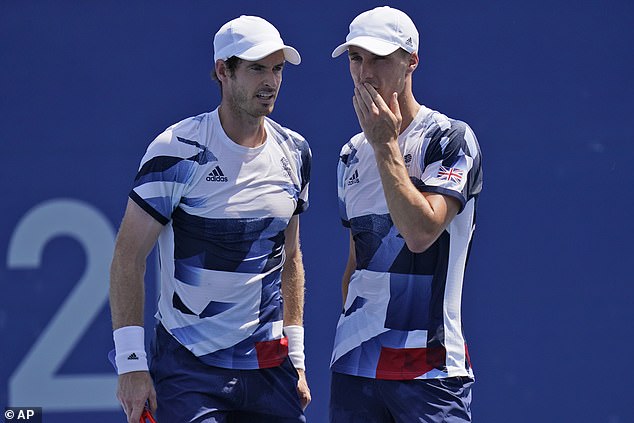 Having reached the final eight, Murray and Salisbury would have both been hoping for a medal

‘I don’t know if I’ll get the opportunity to play again,’ he said. ‘I’ve loved every minute of playing in the Olympics.’

After the loss, the disappointment for Salisbury was also obvious.

‘It’s always tough when you lose matches but especially here, a chance of getting to the semi-finals and a chance of winning a medal,’ he said.

‘And the situation we were in, we were a set and a break up and we were playing well, so it’s very tough.’