Andy Murray withdraws from tournaments in Montpellier and Rotterdam

Andy Murray has issued a concerning update on his latest fitness struggles, stating that he was pulling out of his two scheduled tournament appearances next month.

The 32 year-old Scot, who is already missing the current swing of events in Australia, announced that he would not be making his planned comeback at the regular ATP tournaments in Montpellier and Rotterdam, starting on February 3.

By unhappy coincidence, the worrying development emerged on the almost exact corresponding morning twelve months ago. That was when he emotionally withdrew from the Australian Open on the Thursday before the start, and cast doubt on his whole future at a dramatic press conference.

This latest missive came in the form of a short statement, and while lacking the same punch can only stoke fears that there are serious problems afoot once again.

‘The bone bruising (around the pelvic area) is taking longer to heal that first thought, so I won’t be playing in Montpellier or Rotterdam in February,’ said Murray. ‘ I don’t want to rush anything or put a timeline on my recovery, I’m going to listen to my body and step back on the court to compete when the time is right’.

The twice Wimbledon champion continues to work hard in the gym, but has apparently not been able to do too much on the actual tennis court.

It means that Murray has only been able to play once since his triumphant win at the European Open in Antwerp on October 20, which came at the end of playing in four straight tournaments. 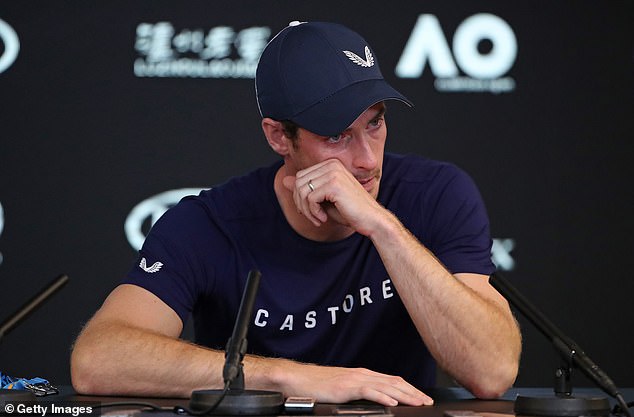 There did not seem to be any physical concerns after that uplifting result, but at the Davis Cup finals in late November he laboured to a win over Dutchman Tallon Griekspoor. After that he revealed that some bruising had come up in his pelvic and groin area.

This is an unusual problem to have, and inevitably there will be fears that it is directly or indirectly connected to the hip issue which has already seen him undergo two operations, the last being on January 28, 2019.

One scenario that the large metal cap which was inserted in the second surgery may be leading to some kind of impingement, perhaps around an area known as the femoral neck.

While American doubles specialist Bob Bryan was able to resume his career after a similar ‘resurfacing’ procedure, Murray and his team have always admitted that as a singles player he is entering uncharted territory in tennis terms. 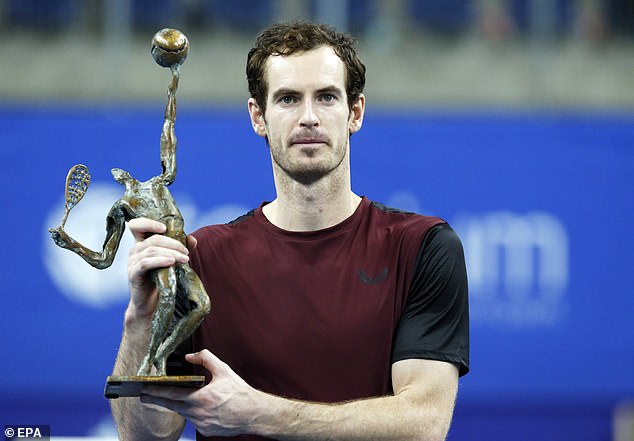 It was only on December 27 that he announced he would not be making an emotional return to Australia. Last night’s statement echoes a similar pattern to when Murray was trying to come back after his first operation, publicly announcing he was entering a succession of tournaments and then pulling out.

It may be too early to say whether his whole career is under threat – and in that scenario he would surely want to make one last appearance at Wimbledon, even if it was amid physical duress.

But we are once again into the business of wondering when we might see the three-times winner of Sports Personality of the Year again.

In a best case scenario the most realistic target would now look to be the swing of hard court tournaments in Dubai, Mexico and the US which begin in late February, but it is probably wise not to hold one’s breath.