‘Once you win trophies with your club then you want to replicate that with your country’: Andy Robertson determined to follow Liverpool’s Champions League triumph with success as Scotland captain

Skipper Andy Robertson admits he is desperate to recreate the moments of triumph he has experienced with Liverpool in a Scotland jersey.

The left-back is still on a high after helping Jurgen Klopp’s side to Champions League glory last weekend.

But he believes the feelings of ecstasy will be just as sweet if he can help end Scotland’s 21-year stint in the international wilderness by leading his country to a major tournament.

The 25-year-old – who only met up with Steve Clarke’s squad on Tuesday night after embarking on wild celebrations following Liverpool’s 2-0 win over Tottenham in Madrid – said ahead of Saturday night’s crucial Euro 2020 qualifier against Cyprus: ‘We want to bring success to this nation.

‘Once you get a feeling for trophies and going far in European tournaments with your club then you want to replicate that with your country. 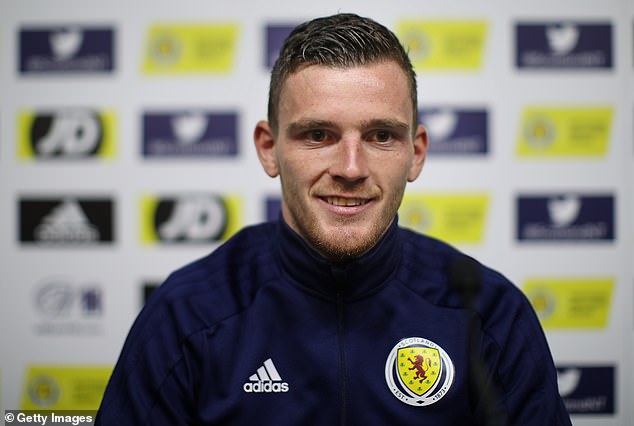 ‘Us qualifying for a major tournament would be a huge step in that direction but we know how hard that will be and what’s required to make it a reality.

‘I can’t tell you how we’ll feel until we do it but hopefully you’re asking me next year when we have completed that qualification.

‘We thought we knew what winning the Champions League would feel like before but having actually done it, the feelings are far better than I could ever have imagined.

‘Sitting here when qualification has not yet happened, I can say it would be a very proud moment and up there with my biggest achievements to date but I’ll be in a better place to answer that when hopefully it happens.

‘Right now I can only keep that thought in my head to drive us forward.’ 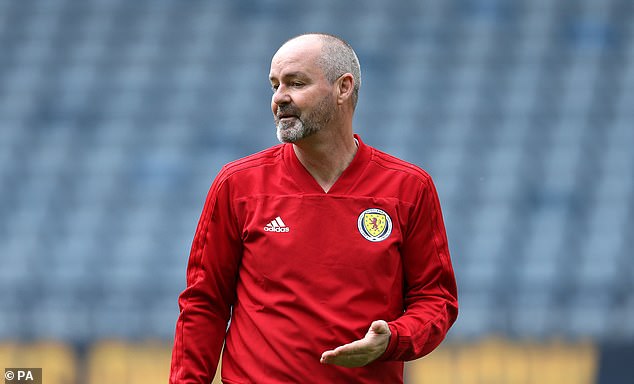 The next step on that journey starts this weekend as the Clarke era begins.

The former Kilmarnock boss has been called in to pick up the pieces after Alex McLeish’s reign crumbled on the back of March’s shambolic defeat to Kazakhstan.

Robertson has had to quickly switch from party mood to work mode as he gets used to the new boss’ system. 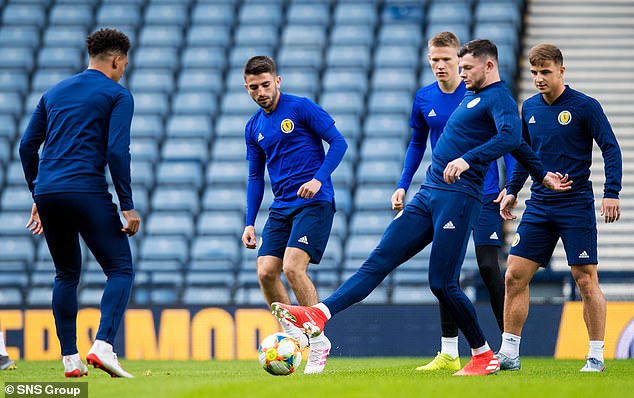 But so far, he has been impressed by what he has seen.

‘The last week’s been one full of emotion,’ said the former Queen’s Park, Dundee United and Hull player.

‘There were the incredible highs of Saturday and Sunday, which was overwhelming. But the last couple of days have been focusing on tomorrow’s game.

‘In all honesty, it’s not been hard at all to do that. I came back on Wednesday and found out we had a double session so that was pretty easy to get the focus back on football.

‘Wednesday morning’s session was great and I loved just been back out there playing football with the lads. Steve’s been unbelievable. I’ve never come across him before but I’ve been very impressed.

‘The conversations I’ve had and the sessions he puts on have been second to none. The lads have really taken to it and that’s what we needed.

‘We’ve been focusing a lot on tactics but it’s very hard to get everything across in such a short space of time. But the lads have taken enough on board that we should be able to implement what he wants us to do.

‘Now it’s about getting his tenure off to a good start and the only way we can do that is with a win.’