Andy Robertson hailed by ex-Liverpool man Jose Enrique: He has been the best left-back in the world

‘He has been the best left-back in the world this year’: Andy Robertson hailed by ex-Liverpool defender Jose Enrique after Champions League glory

Andy Robertson has been hailed as the ‘best left-back in the world’ currently by former Liverpool defender Jose Enrique.

Scotland international Robertson capped off a fine season, which saw him provide 13 assists in 48 games across all competitions, by winning the Champions League in Madrid last weekend with Liverpool.

And Enrique, who played for the Reds during the years of 2011-16, has been singing the praises of Robertson, claiming he is in a category of his own above the likes of Jordi Alba and Marcelo.

‘I said to him after the [Champions League] game at the party, for me, he has been the best left-back in the world this year,’ Enrique told Liverpool’s official website.

‘Jordi Alba has been good as well but he [Robertson] has been unbelievable. He’s given a lot of assists, contributed to the team offensively and defensively as well.

‘He has been, for me, one of the best players for Liverpool this year.’ 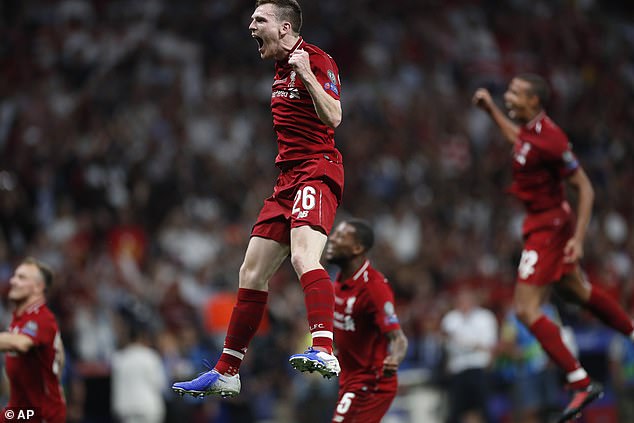