Andy Robertson is a doubt for Liverpool’s Champions League clash against Napoli.

‘It is not a major thing, it was more precautionary today, but it is not 100 per cent sure [he will be available].

‘We will have to test it tomorrow and then we will see.’

Initially it was reported that Robertson had been cleared as he had travelled with the squad but missed training on Monday morning with a slight knock.

The Reds sold Alberto Moreno in the summer and did not sign a back-up left-back.

Divock Origi was also not included in Liverpool’s travelling squad for their Champions League opener against Napoli after twisting his ankle in the 3-1 victory over Newcastle at the weekend.

Origi was withdrawn before half-time against the Magpies as Liverpool continued their 100 per cent winning start to the Premier League season.

Reds manager Klopp said on Saturday Origi would undergo a scan and was hopeful the issue was ‘not that serious’, but the Belgian striker was absent from the 20-man group that will travel to Naples on Monday afternoon.

Midfielder Naby Keita and goalkeeper Alisson Becker remain sidelined but Klopp said last week he is hopeful the former will start training soon, having not featured since the Community Shield because of a hip/groin concern. 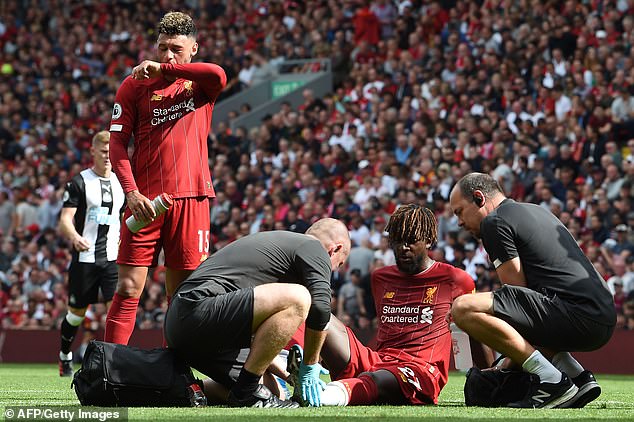 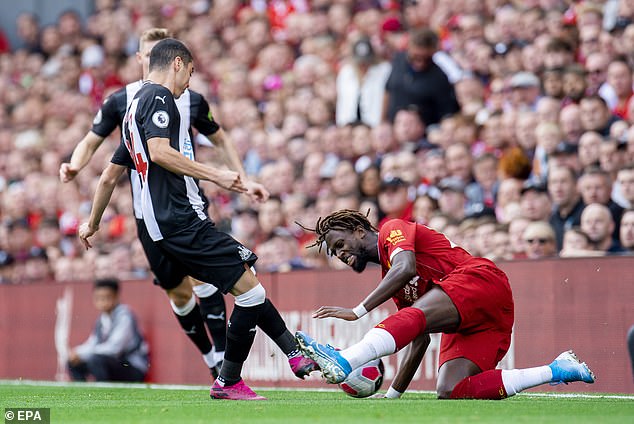