There aren’t many players who would smooch a sleeping Zlatan Ibrahimovic now, but Andy van der Meyde wasn’t too afraid to prank the big Swede back in his Ajax days.

The pair were team-mates from 2001 to 2003 at the Dutch club, where ‘Ibra’ began building his reputation as one of the greatest strikers of his generation.

Both in their early twenties at the time, Van der Meyde and Ibrahimovic were big egos amongst a fiery dressing room which featured huge prospects like Rafael van der Vaart, and they were known to butt heads. 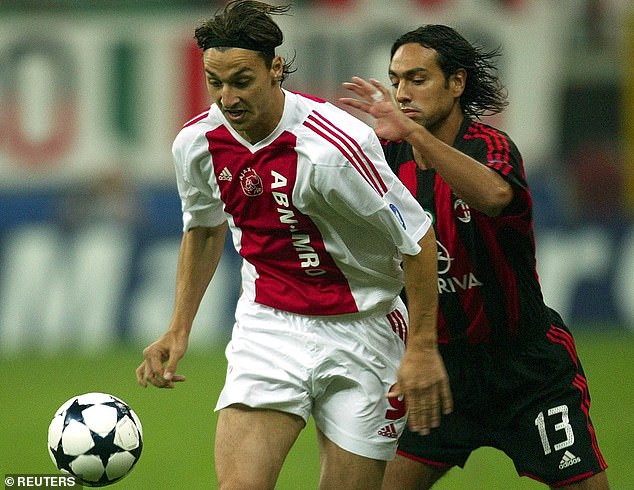 The Swedish striker began his stunning career in Holland, and used to clash with the Dutchman

That didn’t stop the Dutch winger trying to provoke the striker he was providing on the pitch, and has revealed he once earned a slap for his goading.

‘When we were at Ajax, I always sat next to Zlatan on the bus,’ told Dutch TV show VTBL.

‘Once when he was sleeping I got gay tendencies and just kissed him on the mouth. Seconds later, I got a couple of slaps.’

While the great Swede went on to build a legendary career, still racking-up the goals for AC Milan at 39, Van der Meyde’s went down another path. 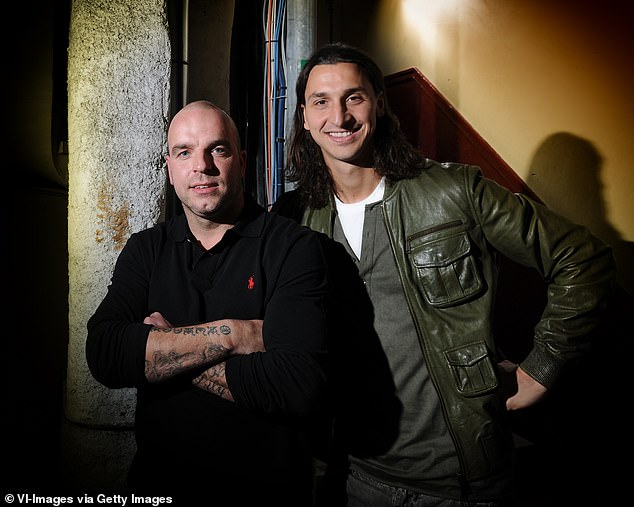 The winger planted a kiss on the legendary striker, only to receive a slap for his prank 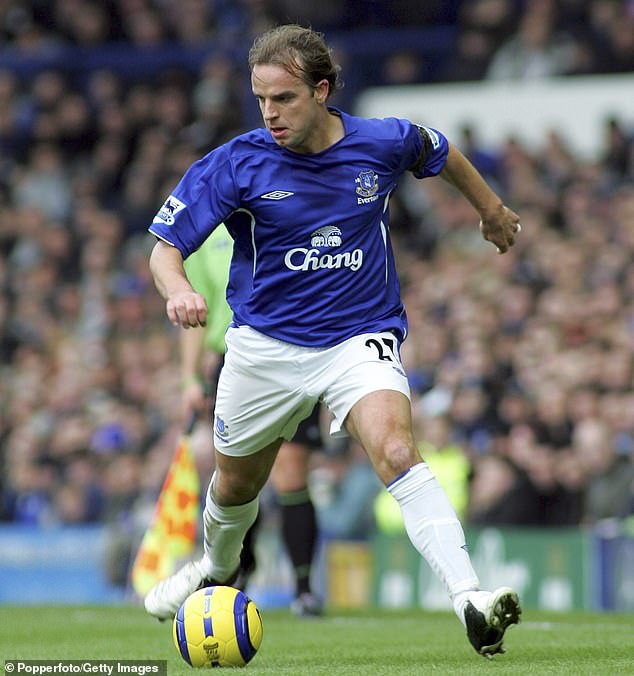 Van der Meyde’s life spiralled out of control when he ended up with Everton, turning to drugs

The Dutch winger’s 11 goals and 14 assists in the 2002-03 Eredivisie season caught the eye of Europe’s big clubs, with Inter Milan securing his signature.

He never nailed-down a starting spot in Italy, before a £2m move to Everton in 2005 prompted his life to spiral.

Van der Meyde had admitted that cheating on his wife was his big mistake after moving to Merseyside, before turning to cocaine and alcohol as his relationship with David Moyes crumbled along with his game-time.

He made just 23 appearances for the Toffees, leaving in 2009 before retiring three years later. Now 41, the Dutchman won’t be seen around Goodison Park any time soon.

When Aston Villa’s Anwar El Ghazi was linked with his former club back in 2019, Van der Meyde advised: ‘Don’t do it. What a s*** club. Don’t do it! There you go broke. Just look at me.’