Angel di Maria has risked a Champions League ban for his reaction to Manchester United fans in PSG’s win at Old Trafford.

The former United winger was targeted by home supporters during Tuesday night’s game after his struggles in the Premier League, having joined them for £60million only to leave a season later.

Di Maria even had a bottle thrown at him when he went over to take a set-piece in front of the fans during the second half. 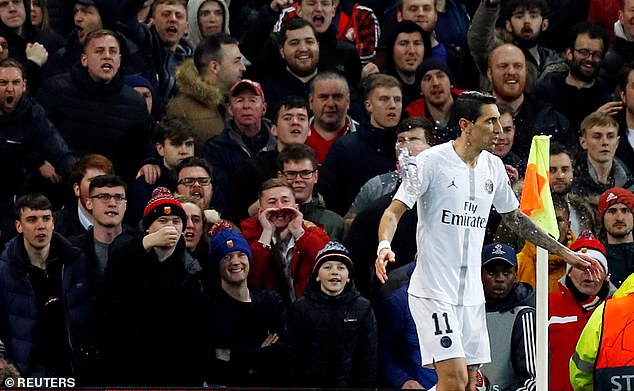 And after setting up Presnel Kimpembe for the opening goal with a brilliant corner, he turned to the supporters and, according to RMC Sport, shouted ‘F*** off’ and ‘Hijo de p*** (son of a b****).

The same outlet is now suggesting that Di Maria could find himself in hot water with UEFA.

According to their disciplinary regulations, Di Maria could have contravened Article 15, which covers the behaviour of players and officials. 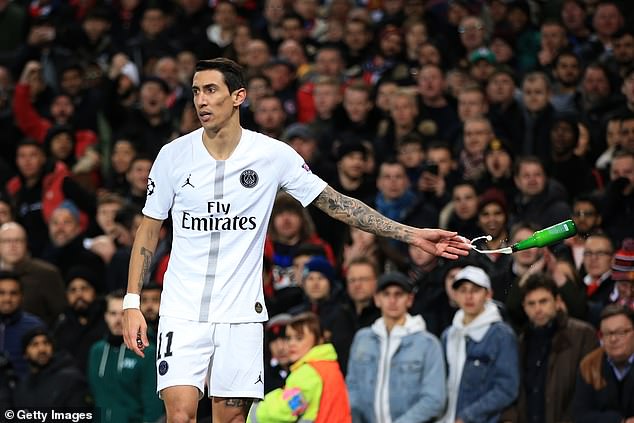 That could see him suspended for either a match in the competition or a longer period.

He specifically seems to have broken the clauses on ‘insult with regard to a player or another person present at the match’ and for ‘provocation of the spectators’.

PSG are in a strong position going into the second leg on March 6 after their 2-0 win at Old Trafford.

The French champions followed up Kimpembe’s opener with a second goal courtesy of Kylian Mbappe.