Angel Di Maria appeared to hint he has played his last game for Argentina in his homeland after their win on Friday.

The 34-year-old scored his side’s second goal in Argentina’s 3-0 win over Venezuela in World Cup qualifying on Friday.

Lionel Scaloni’s side had already booked their place in Qatar but the victory cemented their spot at second in CONMEBOL qualification and extended their unbeaten run.

Following the game, Di Maria took to Instagram to praise his team-mates for their performance and admitted it was likely the last match he would play in an Argentina shirt in the country.

‘I’m just going to say thank you for the enormous love received. I always dreamed of everything I experienced on this beautiful night.

‘It was probably my last match in this shirt in Argentina . And to be able to say that it was a wonderful night is an understatement.

‘Thank you, thank you and a thousand times thank you. 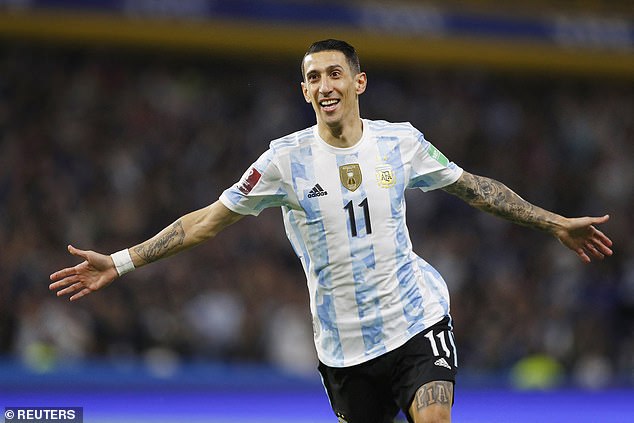 ‘Now if to congratulate the whole team for the incredible match that was played. A perfect match of all.

‘To continue growing and dreaming together. Let’s go Argentina!!!’

It is unclear if the winger will be part of the Argentina squad that will travel to Qatar in November.

The PSG man suggested that Friday’s clash was his last in Argentina but did not appear to rule out playing in this year’s World Cup.

His national and club team-mate Lionel Messi also hinted he was nearing the end of his international career following the match.

The seven-time Ballon d’Or winner said he will reconsider his future in football later this year and admitted it is likely ‘many things will change’.

‘I don’t know what I will do after the World Cup. I am thinking about what is coming,’ Messi said. ‘After Qatar I will have to reassess many things.’ 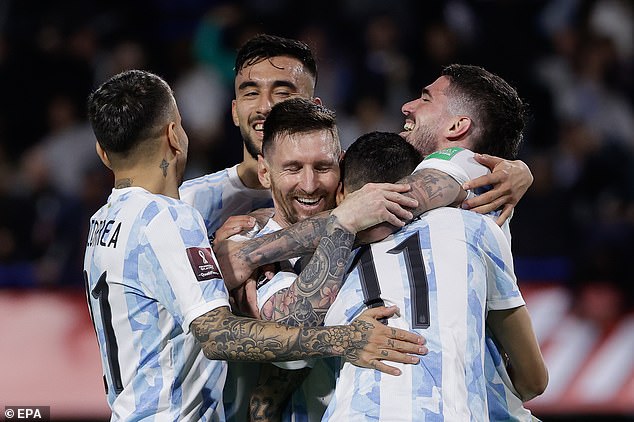 ‘It has been a while that I am happy here, since before winning the Copa. I am thankful for all this they make me feel every time I come to Argentina,’ Messi said.

Asked about him continuing with the national team after Qatar, Messi, who turns 35 in June, said: ‘I don’t know, the truth is I don’t know. I think about what is coming, which is close, Ecuador (on Tuesday). The preparation matches in June and September.’

‘Let’s hope these go the best way possible. But for sure after the World Cup many things will change.’