She finalized a custody agreement in December after a lengthy battle following the dissolution of her marriage to Brad Pitt in 2016.

And Angelina Jolie looked to be in great spirits as she stepped out for a bit of shopping with her son Pax in Los Angeles on Saturday afternoon.

The 43-year-old actress donned a black-and-white shawl paired with a black skirt amid reports that Pitt has been dating Charlize Theron for one month, according to The Sun.

Out and about: Angelina Jolie looked to be in great spirits as she stepped out for a bit of shopping with her son Pax in Los Angeles on Saturday afternoon

Angelina looked stylish as she took to the streets with her son Pax strolling right by her side.

She added a pair of slouchy black boots to her monochrome ensemble and carried a black purse across her shoulder.

Jolie sported a pair of black sunglasses and wore her chestnut-hued hair straight past her shoulders.

Pax looked comfortable in a black-and-white houndstooth jacket paired with a white shirt and jeans. 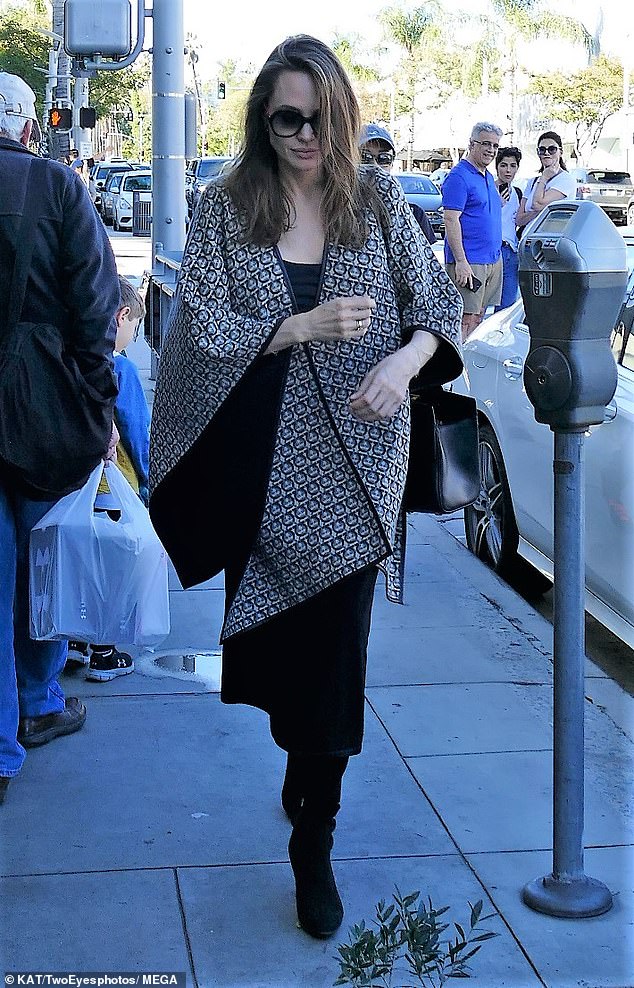 Fashion: The 43-year-old actress donned a black-and-white shawl paired with a black skirt amid reports that Pitt has been dating Charlize Theron for one month, according to The Sun 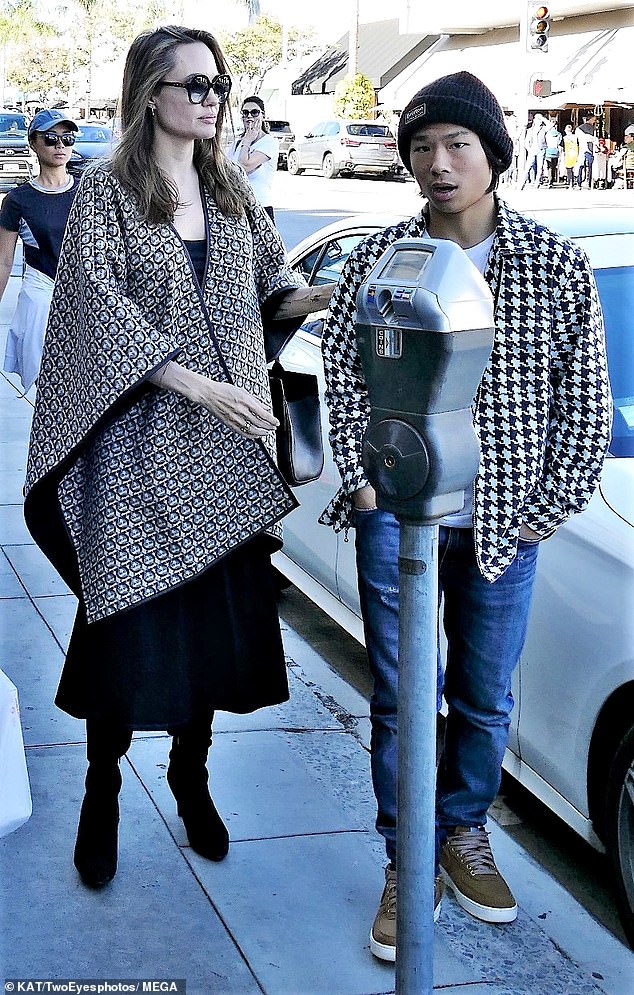 Family: Angelina looked stylish as she took to the streets with her son Pax strolling by her side

According to a 2017 report from RadarOnline, Theron and Brad’s estranged wife Angelina Jolie have been ‘feuding for years’ over film roles and can’t stand each other.

The site claimed at the time that Jolie was ‘stalling on committing to a Bride Of Frankenstein remake’ just to irk the blonde beauty.

In 2017 Universal Pictures introduced its Dark Universe, a Marvel-type of movie crossover family, starting with Tom Cruise’s The Mummy reboot, and scheduled to include some of history’s most famous horror monsters, including The Invisible Man, starring Johnny Depp, Dr Jekyll with Russell Crowe, and Frankenstein’s Monster with Javier Bardem, it was claimed at the time. 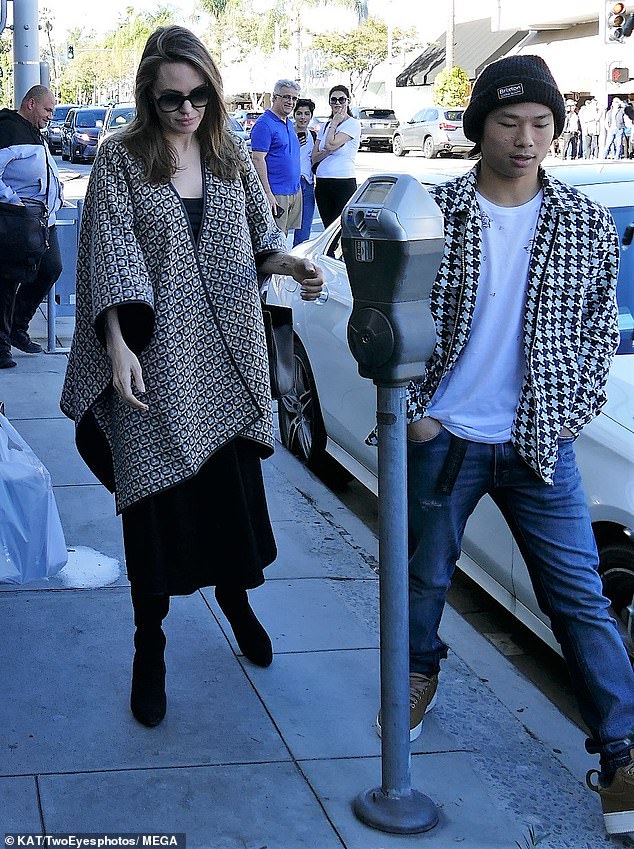 Shop til you drop: She added a pair of slouchy black boots to her monochrome ensemble and carried a black purse across her shoulder 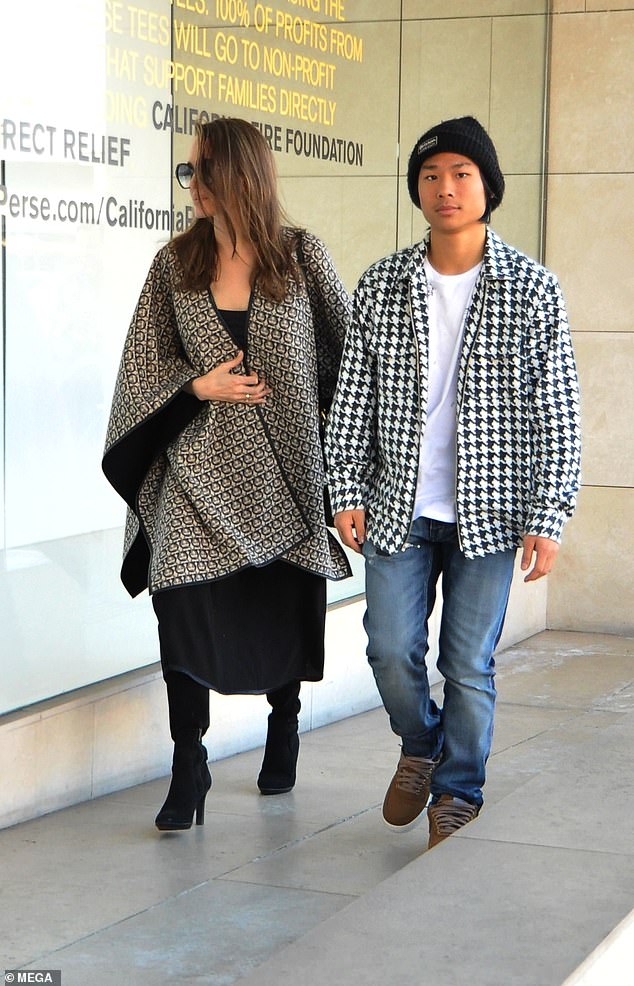 Stylish: Jolie sported a pair of black sunglasses and wore her chestnut-hued hair straight past her shoulders 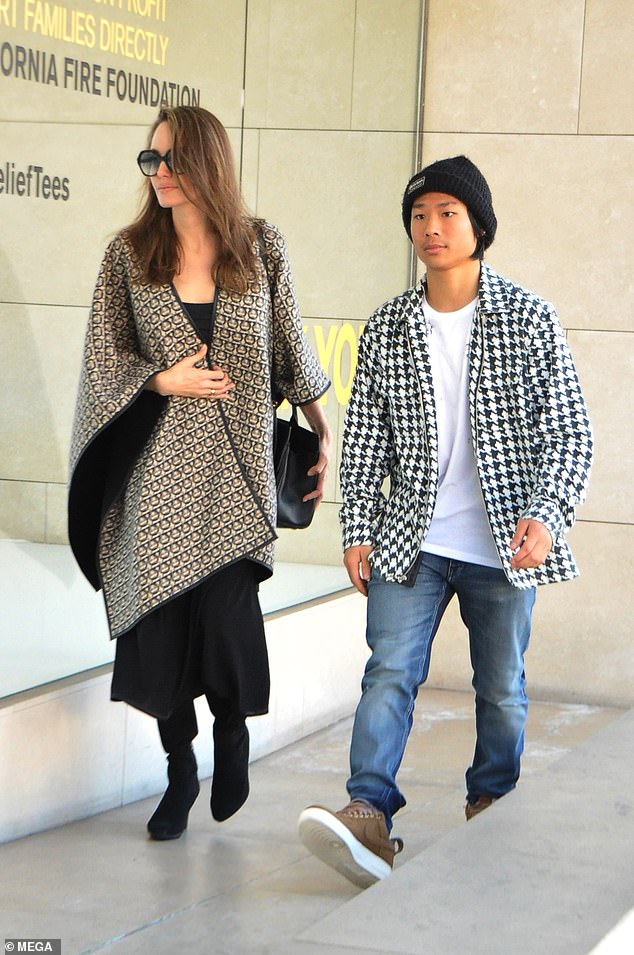 Just the two of us: Pax looked comfortable in a black-and-white houndstooth jacket paired with a white shirt and jeans 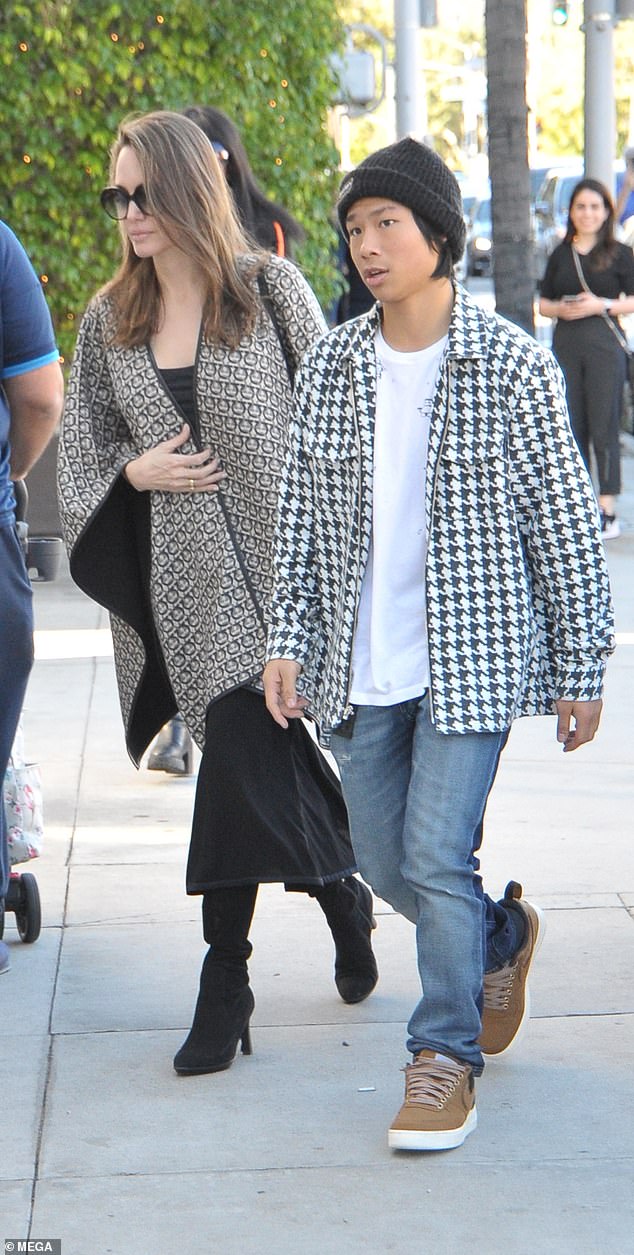 Mommy and me: Angelina spent some quality time with Pax, one of her six children

Then Jolie was ‘courted’ for the Bride Of Frankenstein, it was alleged, and Theron was the ‘runner-up.’

Radar claimed Angie was ‘stringing Theron along, refusing to commit to the project, and denying the star the opportunity to accept other roles, as she awaits a decision.’

The Radar source also said, ‘Angie hasn’t made a deal with Universal to do their next monster flick, but the offer’s still on the table. She could use the $20m paycheck. She seems to enjoy sticking it to Charlize, who wanted to do this film and is convinced Angie stepped in to take it off her.’

The site added they had a ‘turf war for years.’ 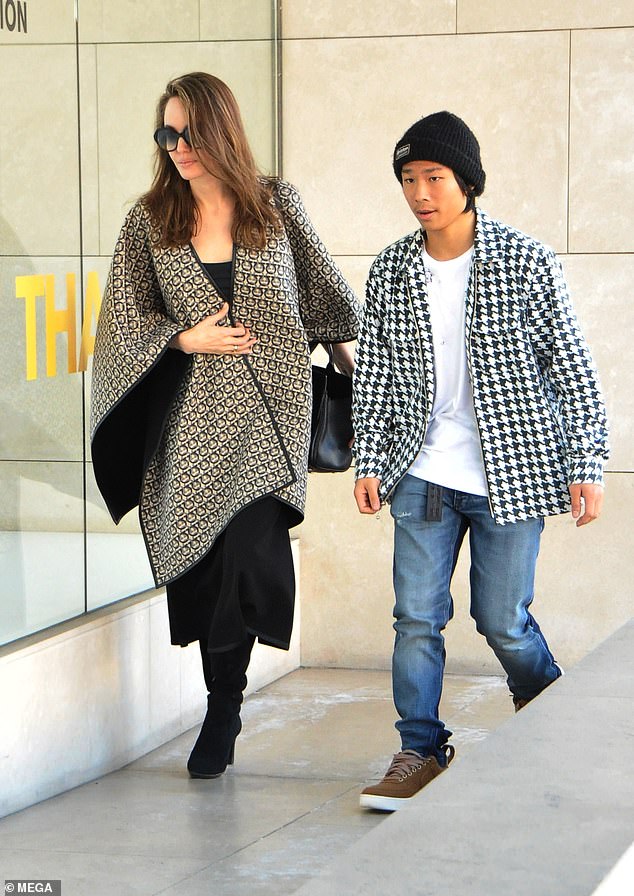 Secure: Pax stayed close to his mother’s side as they ran errands in Los Angeles on Sunday 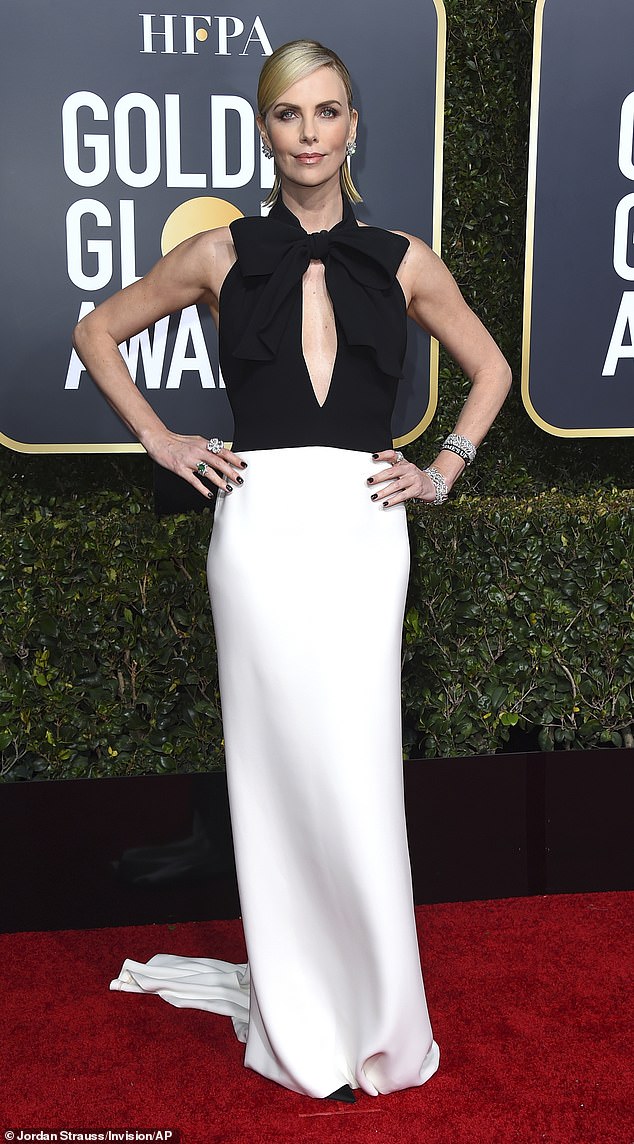 Foes? Brad Pitt is dating Charlize Theron, it was claimed by The Sun on Saturday. And it seems like there may be some background when it comes to his estranged wife Angelina Jolie 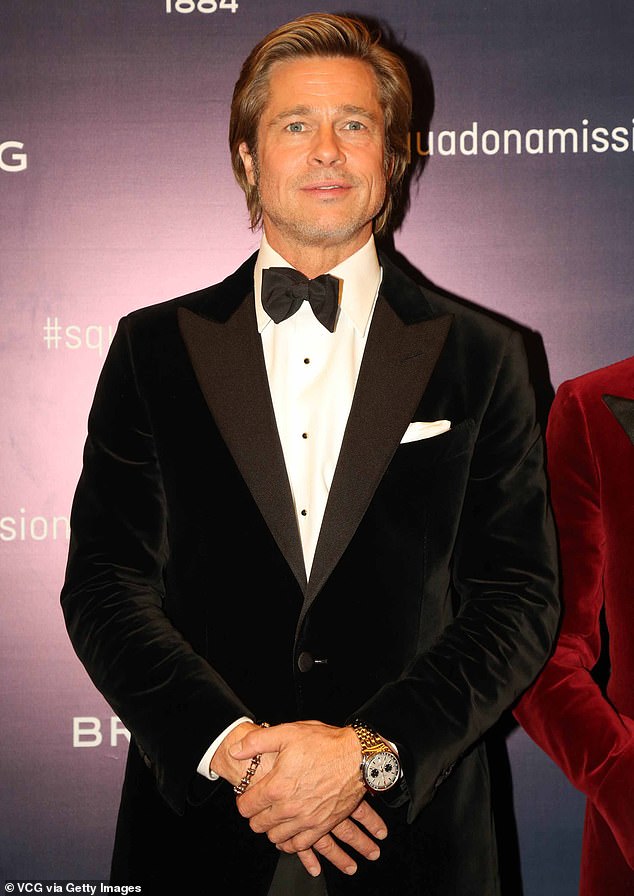 This man gets a lot of A-list ladies: Pitt attends Breitling Squadona Mission event on November in China

The example made by the site was how Theron was considered for a part in the remake of Murder On The Orient Express, which Jolie at first turned down, but then wanted. Turns out neither accepted a role for the film, which was later taken by Michelle Pfeiffer.

Jolie also starred in The Tourist after Theron turned it down, according to Collider.

‘The hate fest between these two started a long time ago and just won’t stop,’ the insider told Radar. ‘It’s as though directors are getting a buzz out of playing them against each other, by dangling a script to both of them then leaving them to b**** and slug it out.’ 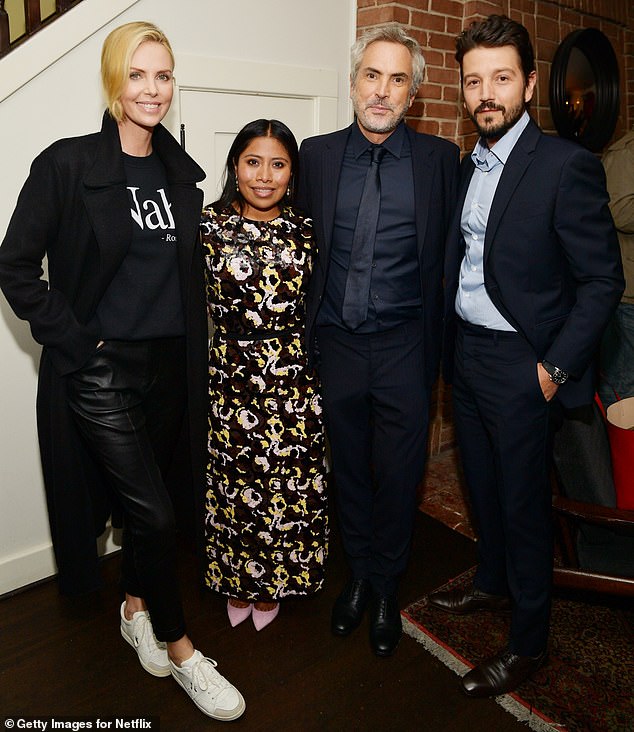 Date night? Theron went to a Roma screening at the Chateau Marmont in West Hollywood on January 12. Here she is posed with Yalitza Aparicio, Director Alfonso Cuaron and Diego Luna 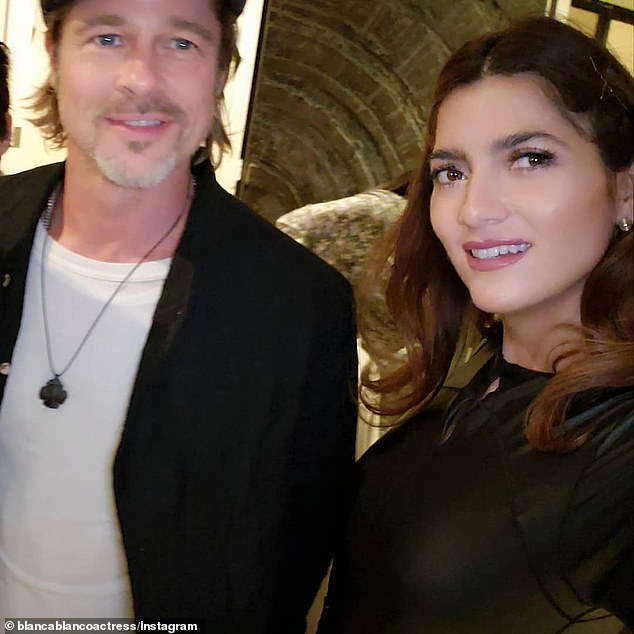 There he is: That same night Pitt was at an If Beale Street Could Talk screening, where he posed with Blanca Blanco. Later he went to see Charlize at the Roma event inside the Chateau 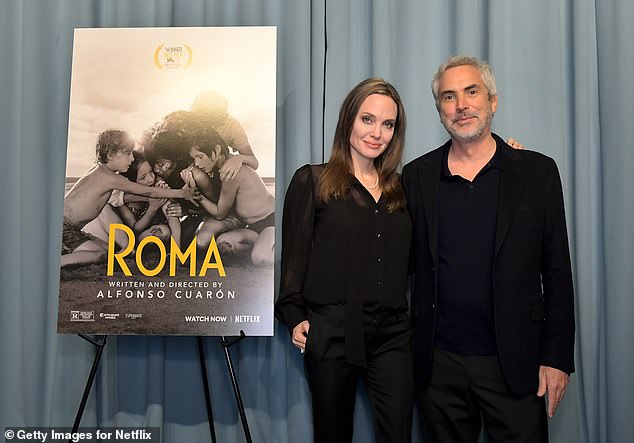 She is a Roma fan too: Jolie supported Alfonso on January 5 in West Hollywood

They were introduced by her ex-fiance Sean Penn, it was alleged by the publication. ‘The new lovebirds were all over each over at a showbiz function last week,’ a source claimed.

That function was a showing of the movie Roma at the Chateau Marmont in West Hollywood on January 12 (interestingly, Jolie attended a Roma event on January 5).

Theron was at the party and Pitt came later after a screening of his movie If Beale Street Could Talk, where he posed with Blanca Blanco.

‘Brad came over to Chateau afterwards, changed his outfit and joined Charlize in a corner of the bar,’ said the insider. 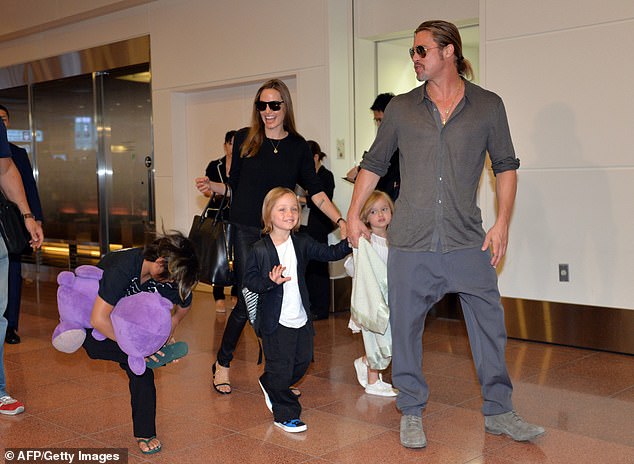 ‘She was on a vodka cocktail while he stuck to mineral water,’ noted the source.

He stopped drinking alcohol after his split from Jolie.

‘They were ridiculously touchy-feely and his arm was around her back. At one point he winked at her,’ said the eyewitness.

‘Brad seemed in a really good place — they both looked really happy,’ added the source. 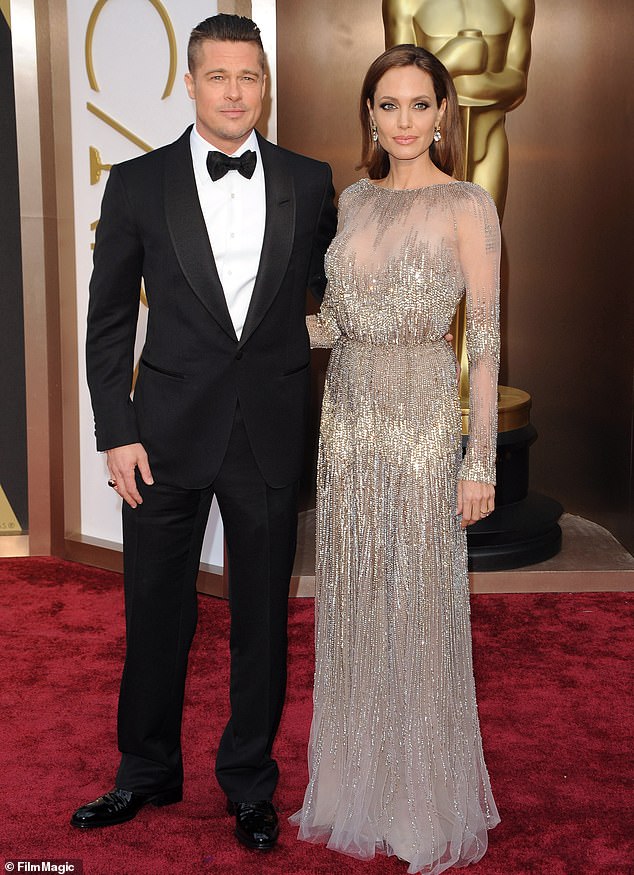 The one who left him: Pitt is still working through his divorce Angelina Jolie, with whom he co-parents six children. Seen in 2014

The power couple started dating around Christmas, it was claimed, and they spend a lot of time at his Los Feliz, California mansion, though it was noted she has has yet to meet his kids Zahara, 13, Shiloh, 12, 10-year-olds Vivienne and Knox, Maddox, 16, and Pax, 14.

‘They have been casually seeing each other for nearly a month now.

They’ve been friends for some time — ironically through Sean — but things have developed,’ said the insider.

Reps for the actors have been contacted by DailyMail.com.

Though Charlize and Brad have never worked together on a film, she has co-starred with his best friend Matt Damon in a movie: 2000’s The Legend Of Bagger Vance.

Pitt’s last known romantic partner is Jolie, though there have been numerous reports he is dating ex-wife Jennifer Aniston, all of which have been denied.