Angry AFC Bournemouth fan, 26, ‘who hurled £2.50 steak PIE onto the pitch’ after late-winning Chelsea goal is to face trial after failing to show at court

An angry Bournemouth fan hurled a pie at Chelsea players after watching his team lose to a late goal, a court heard today.

Adam Cox allegedly chucked his steak treat onto the pitch after watching Eden Hazard snatch a goal in to send Chelsea through to the Carabao Cup semi-finals. 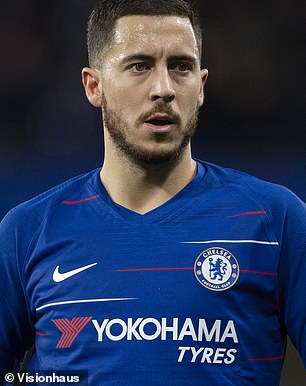 He stood up in the Shed End of Stamford Bridge, west London, and lobbed his £2.50 pie onto the pitch near the corner flag, the court was told.

Stewards rushed in and escorted him in from the ground, which hosted 3,000 of the Bournemouth faithful.

Mo Miah, prosecuting, said: ‘There is no issue with identification because he was identified and arrested at the scene at the time.’

Mr Cox, of Christchurch, Dorset, failed to show up at Westminster Magistrates’ Court.

He is scheduled to stand trial before the City of London Magistrates’ Court on February 6.