A Texas woman is in hot water after splashing a restaurant manager with piping, spicy soup after finding melted plastic in her takeout order from a popular Mexican fast food chain.

Restaurant manager Jannelle Broland, 24, was doused with Mexican menudo soup on November 7 after a customer at Sol de Jalisco in Temple claimed it was so hot, the plastic lid on its container melted into the broth.

In a now-viral video, Broland can be seen talking with the woman as she takes the lid off the soup container and points at it. The irate customer then abruptly flings the soup at Broland, grabs her male companion and races out the door, according to the footage.

The TikTok video has been viewed more than 4.9 million times since it was posted.

‘The experience itself was traumatizing and heartbreaking,’ Broland told DailyMail.com. ‘[I] felt my spirit had been broken just knowing someone could do something so awful and then laugh about it.’

Sol de Jalisco manage Jannelle Broland (right) can be seen reasoning with the woman, who takes off the lid of the container of soup and points at it during the back-and-forth

Abruptly, she flings the soup at Broland, grabs her male companion and races out the door

The unidentified soup tosser could face criminal charges, and his already received ire from the restaurant’s customers and TikTok users.

‘We do not condone this type of behavior and hold our citizens to the highest standard,’ Temple Police Deputy Chief Allen Teston told KCENTV. ‘If a citizen believes they have received poor service we advise them to remain civil until the problem is resolved.’

DailyMail.com was unable to reach the Temple Police Department for comment.

First, Broland said, the woman called up the restaurant to complain about the lid.

‘She was inconsolable despite me offering a free meal replacement and a refund,’ Broland said.

She recounted on TikTok that she told the woman not to talk down to her, and when the woman said that she would ‘talk to her any way [she] f****** wanted,’ the restaurant worker replied “no, ma’am,’ you will not,” and hung up the phone. 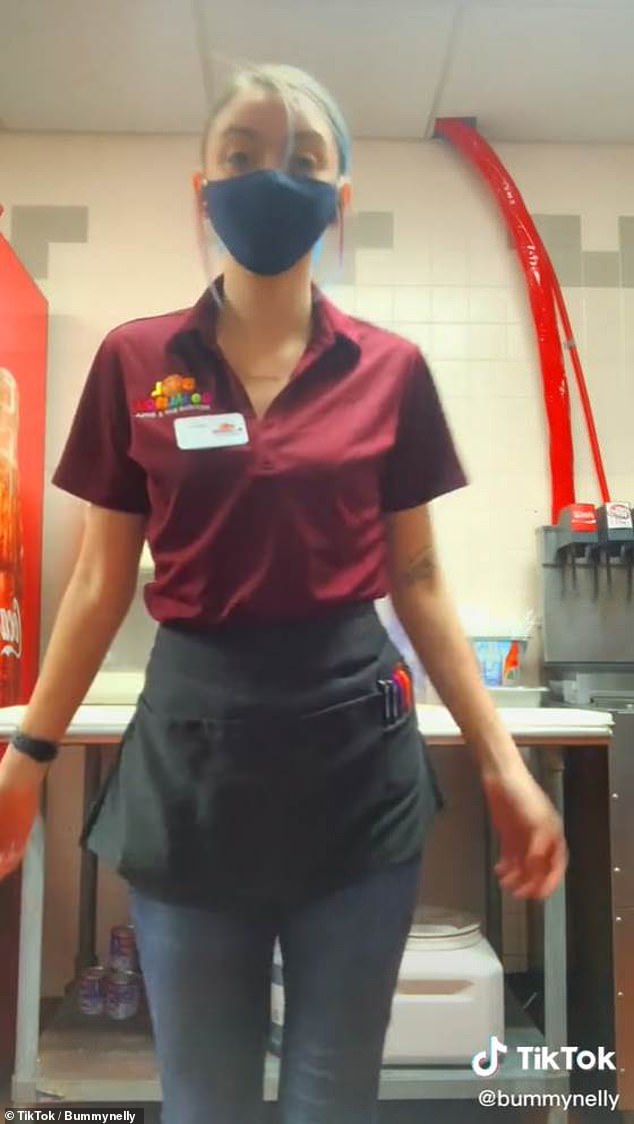 Restaurant manager Jannelle Broland, 24 (pictured), was doused in Mexican menudo soup on the afternoon of November 7 after a customer at Sol de Jalisco in Temple claimed it was so hot, the plastic lid on its container melted into the broth

‘Every time I would mention a refund or a free replacement meal, she would just cut me off and kept saying “This is f****** ridiculous” or “Look at this s***,”‘ Broland told DailyMail.com. ‘She did not seem to want anything, just to berate me.’

Broland said she ‘felt like she had been pepper-sprayed,’ but was not seriously injured.

While she was incapacitated, wiping the ‘very spicy’ soup from her eyes and nose and slipping on the soup-coated tiles underneath her, customers in the restaurant took action.

‘By the time I got outside, there were already people recording their faces and their license plate,’ she said, referring to the woman and her companion.

Soon after, police arrived and Broland filed a complaint. She is still awaiting a court date, she said.

‘I was in shock, I ran to the bathroom. I was just crying and this really nice woman was wiping me off with paper towels and wiping my face and my hair and was so, so kind. One of my coworkers took off her work shirt, put on her hoodie and gave me her work shirt.’

‘I just wanted to let you know that I was not alone in that moment.’ 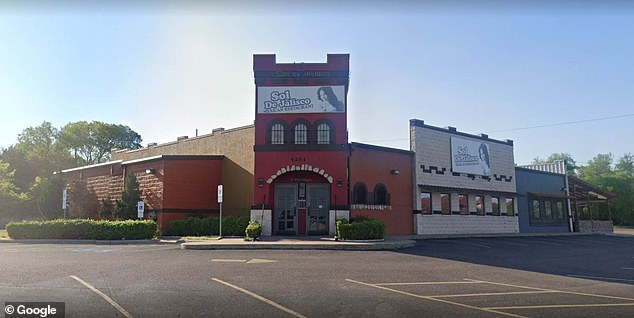 Broland told DailyMail.com that her coworkers at Sol de Jailsco in Temple, Texas (pictured) are ‘like a family’

Broland was comforted not only by the support of her small community and close-knit restaurant staff, but the overwhelming sympathy she saw when the video went viral after her coworker shared the footage on social media.

‘I really only expected this to be locally viral,’ she told DailyMail.com. ‘I have a lot of friends in the restaurant industry, so I knew they would relate to this, or at least understand my frustration. I had no idea I would be contacted by news outlets and have the footage shared thousands of times.’