‘You’re in a three-tonne vehicle, I’m in a little tiny bicycle’: Angry cyclist rants at driver as they trade insults in the middle of the road while trapped motorists sound their horns

During the clip, the motorist insists that it was his right of way but the cyclist disagrees and tells him to have some respect for the ‘smaller user of the road’.

The footage, believed to have been filmed in Shoreham, West Sussex, was uploaded to a public Facebook page dedicated to bad driving on Tuesday but has subsequently been removed.

The driver and the cyclist stop in the middle of the road, believed to be in Shoreham, West Sussex, and exchange insults 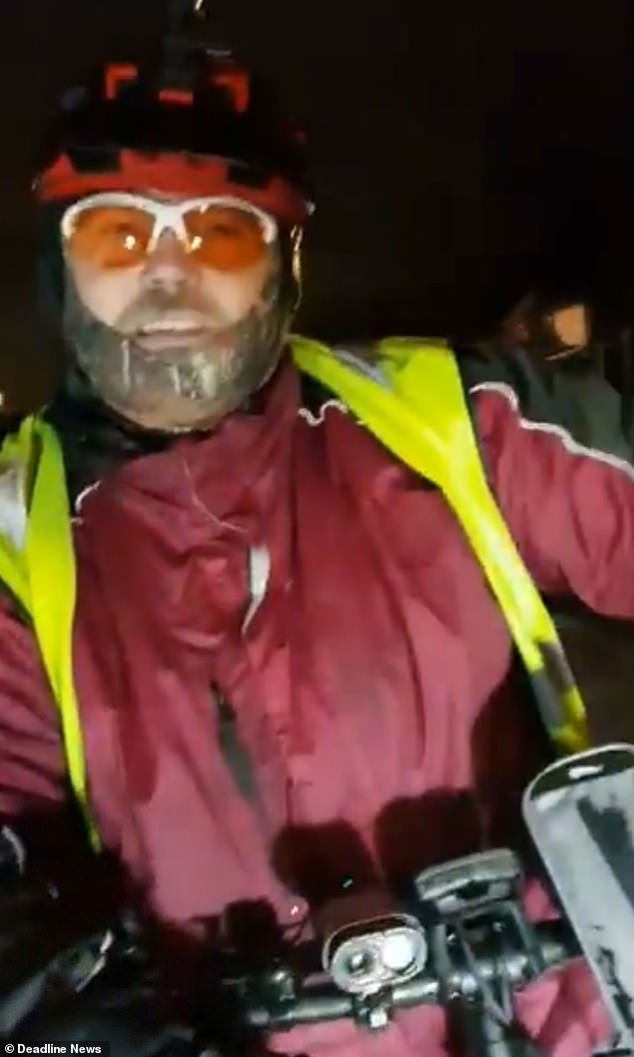 In the clip, the irate cyclist tells the car driver: ‘Have a bit of respect for the smaller user of the road.’

However the driver insists that it was his right of way and replies: ‘You come through and it was our right of way.’

As the heated argument ensues, the cyclists tells the driver: ‘You are a three tonne vehicle, I am in a little tiny bicycle.’

The driver replies: ‘Don’t shout at me fella.’

The driver then asks the biker to stop swearing and ‘goading’ him, but the biker only becomes more irate, making the the claim that ‘all motorists are pr**ks’. 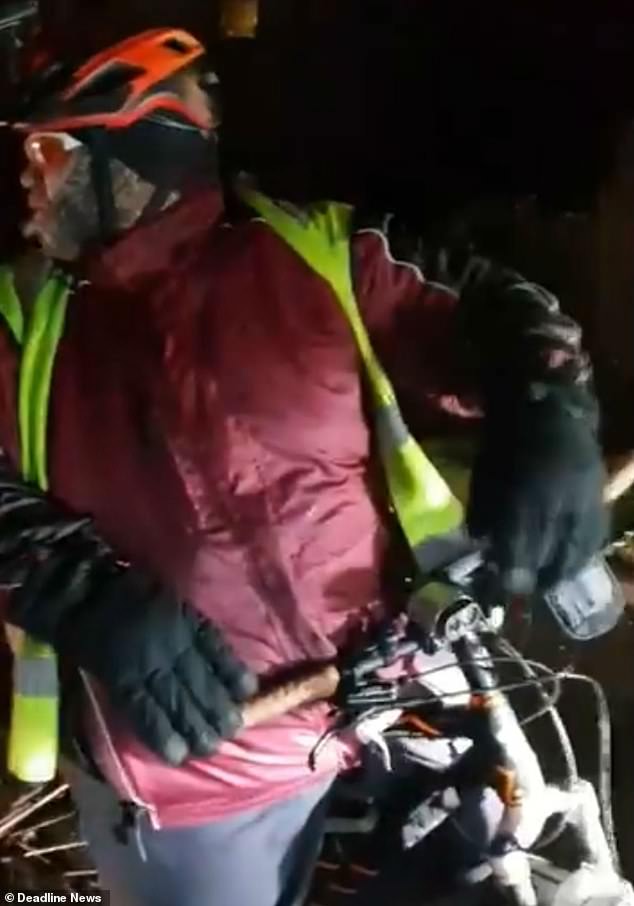 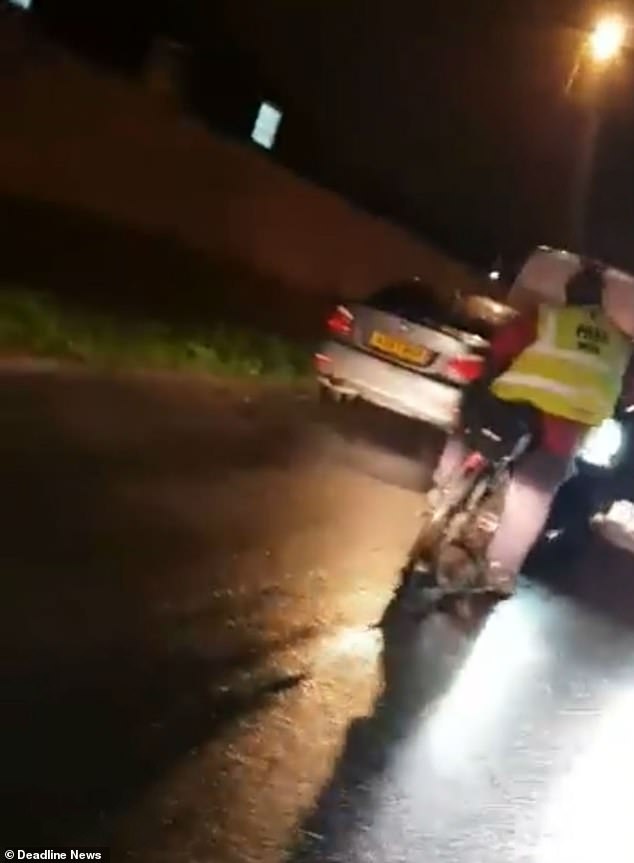 After swearing at the driver, the cyclist moves away and trapped drivers continue sounding their horns

As trapped drivers sound their horns in frustration, the pair continue swapping insults with each other.

The clip was posted by Steve Bartholomew, although it is now known if he filmed the incident.

The caption with the video read: ‘As I am in the business of making enemies at the moment I came upon this road hog of a cyclist.

‘This man thought cause he was a wide load, he could barge his way through.

‘I am losing faith in people fast and a damn shame it wasn’t just me on my own.

‘But if you see this post thanks for making my eleven-year-old child scared with your swearing Mr Angry.’