Angry mob attacks nurse who had recovered from coronavirus, beat him unconscious and set fire to his home over fears he would infect them

A nurse who recently recovered from coronavirus has been hospitalized after an angry crowd beat him outside his home in western Argentina over fears he would infect them.

Daniel Porro was diagnosed with COVID-19 on June 19 and spent 14 days at a Bouquet Roldán Hospital receiving treatment.

The medical worker was discharged following a negative test and decided to spend additional time at his mother’s home where he recuperated and then returned to his residence in the province of Neuquén. 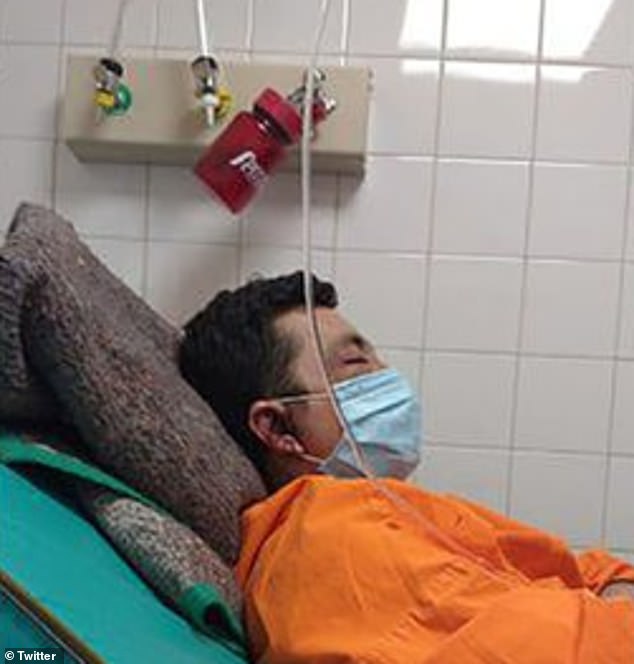 Porro said he briefly lost consciousness after he was pummeled outside his home in Neuquén, Argentina

But ever since going back to his home in the Neuquén town of Colonia Nueva Esperanza, Porro was on the receiving end of abuse from residents.

Residents feared he would spread the virus in the neighborhood since he had been one of the many healthcare workers who contracted the deadly virus due to an outbreak the Ados Clinic where he worked. 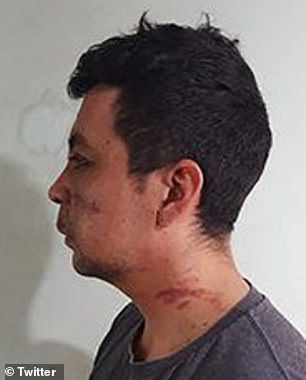 The medical facility was shut down June 10 following the infection of five workers, four of which required hospitalization. In all, 45 people who at some time visited the clinic, were tested positive for the virus.

Porro told Argentine newspaper LM Neuquén from his hospital bed that he decided to confront his angry neighbors last Thursday before he was savagely beaten and momentarily lost consciousness.

The nurse told how he stepped out to the sidewalk and a man told him ‘leave because you have a positive [coronavirus] case and we are going to burn the house, we do not want people like you in the town’.

Porro was then kicked and punched and taken to hospital.

While at the hospital, the family of the individual, who instigated the attack, set his home on fire. Porro’s vehicle was also stolen before the cops found it abandoned nearby.

Authorities have not yet arrested anyone for Porro’s beating, the burning of his home or the theft of his car.

As of Monday, Argentina has reported 126,755 confirmed COVID-19 cases and 2,260 deaths. Health officials in Neuquén have reported that 842 residents have been infected during the pandemic, including 22 who died.