Fed up with hordes of beachgoers cutting through their neighborhood over Memorial Day weekend, a group of homeowners has decided to charge a toll.

The road is privately owned by a non-profit homeowners association, and maintained entirely by the $150 annual fees paid by all the residents.

Over the entire course of summer the summer of 2017 an estimated 127,000 vacationers rolled through the subdivision as a shortcut to evade traffic lights and congestion on the way to the beach, residents said.

‘If anything is gonna help the situation, it is up to us,’ John Conerly, an official with the road maintenance organization, told WECT. ‘We can’t close it totally, just restrict access. Everyone is free to use it with certain conditions.’ 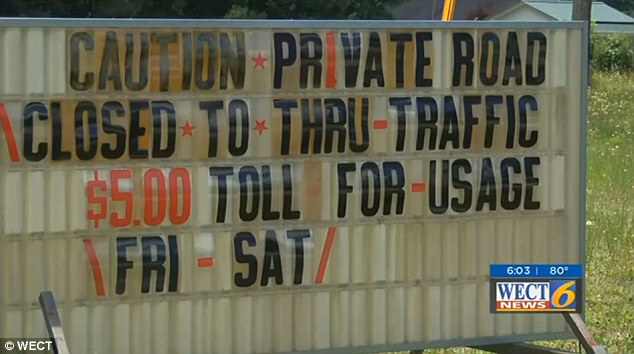 Sick of having thousands of cars using their privately maintained road as a shortcut to the beach, the neighbors erected toll booths over Memorial Day to charge drivers 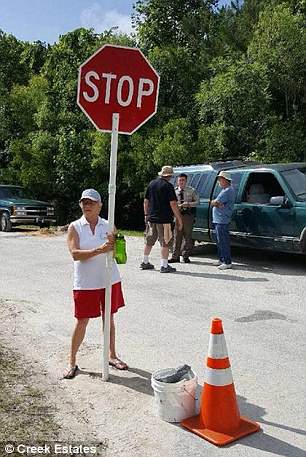 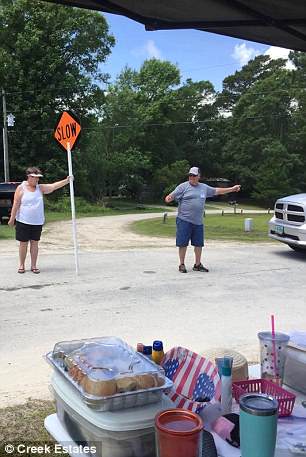 On May 19, the residents voted in favor of charging a $5 toll for any car that wanted to cut through the neighborhood on Memorial Day weekend.

‘We are going to have security all weekend and three checkpoints,’ said Conerly. ‘If you wanna use this road, you can pay $5 or turn around and go the other way.’

Since toll roads are typically maintained by the state, local officials were left scratching their head over the legality of the plan.

A spokesperson with the NC Department of Transportation said since the road is privately owned, it has no jurisdiction in the matter.

Pender County Planning Director Kyle Breuer told the local NBC affiliate that there was nothing in the land development laws about charging tolls on private land, saying he didn’t know if the plan was legal or not.

Finally, the Pender County Sheriff was forced to weigh in: his deputies won’t stop the residents from charging a toll, but they also will not be responsible for enforcing it. 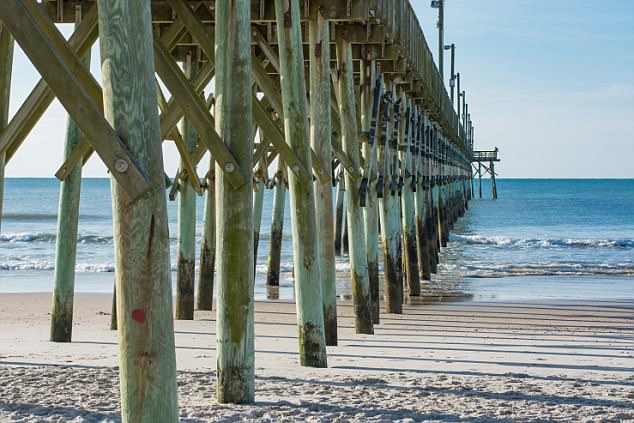 ‘If there is any unrest at any potential “toll booth”, the sheriff’s office will respond to keep the peace,’ Captain James Rowell said in a statement.

‘There are no laws that we know of that prohibit an owner of private property from charging for the use of that property,’ the statement said.

‘Should any member of the community find themselves at odds with [the private road maintenance organization], they may need to seek relief through civil court proceedings.’

Late Monday, the homeowners’ association told DailyMail.com that the operation had been a success, collecting around $800 in tolls, which will be added to the road maintenance fund. 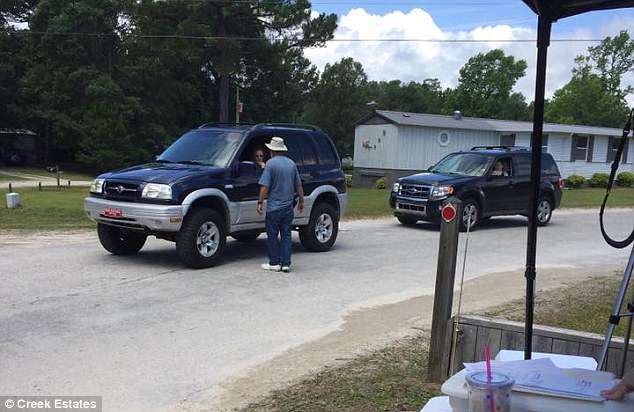 However, there were at least seven calls to 911 for drivers who refused to stop, including one driver who rammed a toll volunteer and a volunteer’s car. There was no significant injury or damage in the incident, according to the residents.

‘The majority of people were courteous and polite, but not necessarily happy,’ the group said in a statement.

‘This has been a highly successful step toward a safer neighborhood with a manageable level of traffic.’

The next time the toll booth is erected, the residents plan to pass out fliers with contact information for elected officials, urging them to call and petition that the road be taken over and maintained by the government.