Beer production for a major brewing company has stopped this week in order to send clean water to areas affected by Hurricane Harvey.

Instead of making beer, one of the the 12 Anheuser-Busch factories located in Cartersville, Georgia, will be canning water as opposed to their usual ale for the victims.

The Cartersville Brewery is a key national facility due to its capacity to produce cans of emergency drinking water quickly.

The Georgia brewery halts production periodically throughout the year to prepare canned drinking water so it can be ready to help American communities in times of need.

The drinking water was already canned and ready to be shipped when the Red Cross issued an urgent request to support communities hit by Hurricane Harvey, according to Anheuser-Busch.

This isn’t the first time the Cartersville location has stepped up after a number of major national disasters. 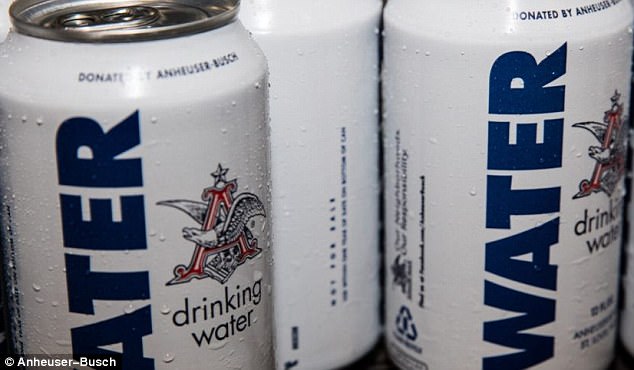 More than 50,000 cans are being shipped to a Red Cross in Baton Rouge and another 155,000 cans to Arlington, Texas

More than 50,000 cans of emergency drinking water are being shipped to a Red Cross facility in Baton Rouge, Louisiana, where a flash flood watch in in effect until Thursday.

Two more truckloads containing more than 100,000 cans are being sent to Arlington, Texas ― making the total amount of cans more than 155,000. 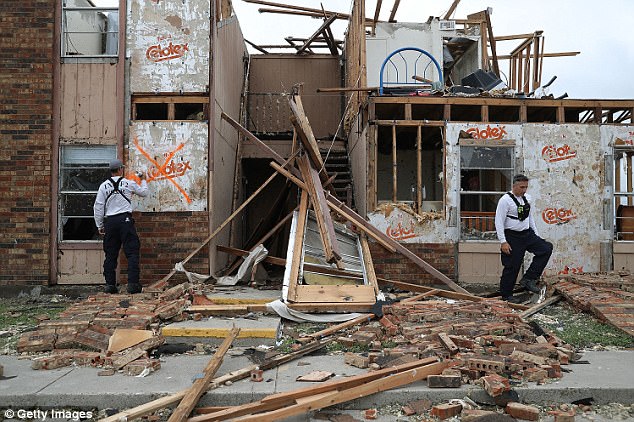 Members of the Texas Task Force search through a destroyed apartment in Rockport, Texas, to find anyone who still may be inside

‘Putting our production and logistics strengths to work by providing safe, clean drinking water is the best way we can help in these situations,’ Bill Bradley, Anheuser-Busch’s Vice President for Community Affairs, said.

The average annual rainfall in Houston is 50 inches. The city has seen 25 inches of rain in two days and another 25 inches could fall by Saturday, according to CNN.

Thousands of people have fled to their rooftops or higher ground as rescuers struggle to keep up with calls for help.

Houston emergency services have received nearly 6,000 appeals for rescues. The coast guard said it had rescued 1,200 people, of which 200 were from the air, according to The Guardian. 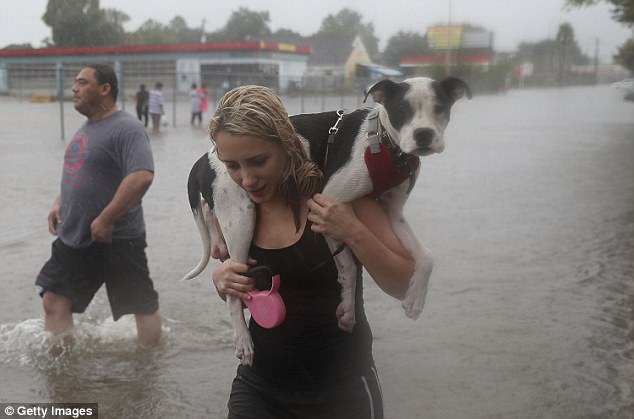 The average annual rainfall in Houston is 50 inches. The city could see that same amount by Saturday