An elderly Queensland woman has been banned from ever owning another pet after more than a decade of prolific animal abuse.

Valerie Hicks, 70, was this time facing 11 counts of failing to fulfill her duty of care toward the animals at her home but the charges were dropped when she agreed to a lifetime ban on pet ownership.

The RSPCA told News Mail that the out-of-court decision would hopefully act as a more effective deterrent than further criminal charges and would ‘protect animals into the future.’

Valerie Hick, 70, has been banned from ever owning another pet after almost a decade of rampant neglect against animals 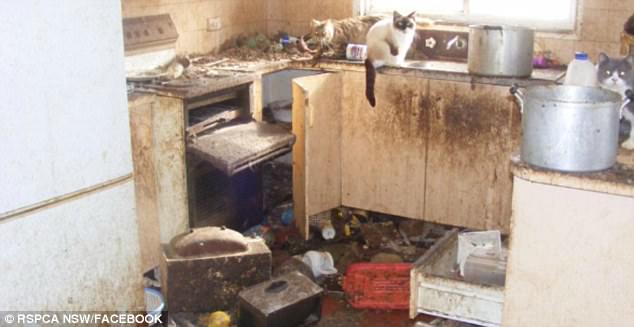 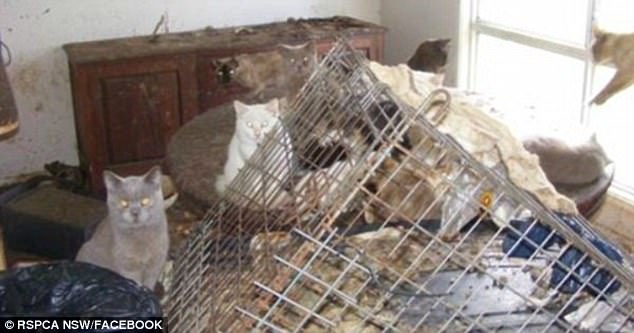 It comes after a string of similar past charges in both New South Wales and Queensland.

In 2008, Hicks pleaded guilty to 83 charges of breaching her duty of care towards the animals kept in her home.

At the time she lived in filth with 19 cats and 64 dogs at a property near Rockhampton and was subsequently served with a three-year ban from owning pets.

Just last January, the pensioner was again slapped with animal neglect charges and pleaded guilty to 19 counts of animal cruelty.

She was hit with almost $20,000 worth of fines, sentenced to a month in jail, and not allowed to own another dog for five years.

Those charges stemmed from a 2015 discovery at a home in the New England region of New South Wales where the stench was so bad RSPCA staff required breathing apparatuses on entry.

The property contained 31 dogs and over 40 cats and was said to be rampant with both rubbish and faeces. 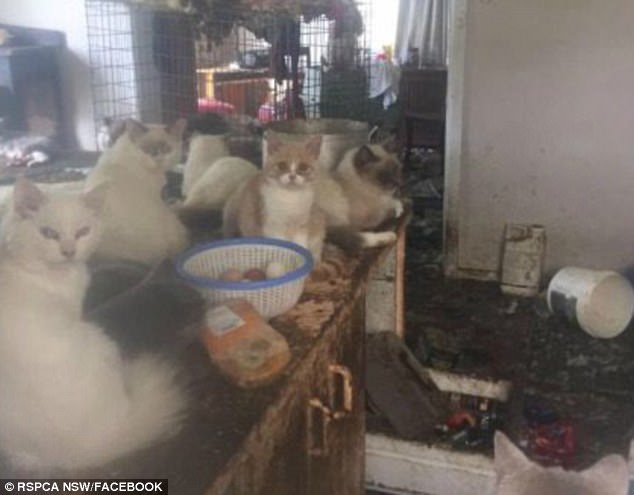 ‘(There was) a very high build up of faeces basically everywhere, so over the floor, over all of the benches basically through every single room, on every surface,’ Inspector Hills told the ABC at the time

Due to the odious conditions found inside, Inspector Alistair Hills from the RSPCA said the HAZMAT unit was required to asses the safety of the home as the air was apparently ‘unbreathable’.

‘(There was) a very high build up of faeces basically everywhere, so over the floor, over all of the benches basically through every single room, on every surface,’ Inspector Hills told the ABC.

‘Because of the large ammonia build up in the house we did have to get HAZMAT to come in.’

Following the removal of the animals, all 43 cats had to be euthanised due to ‘severe psychological damage’ in what local RSPCA called the worst case they’d ever seen.

Hicks punishment for the 2015 included a month-long prison sentence and almost $20,000 in fines