Archaeologists digging at the proposed site of the Barack Obama Presidential Center in Chicago have found a host of artifacts dating back to the 1893 World’s Fair.

As part of the federal review of plans for the proposed center, archaeologists from the Illinois Department of Transportation have been conducting a survey of Chicago’s Jackson Park, site of the 1893 World’s Columbian Exposition, aka World’s Fair, and where the Barack Obama Presidential Center would be built.

Among the items found by the archaeologists are pieces of World’s Fair buildings — including what could be parts of architect Louis Sullivan’s famed Transportation Building — as well as fragments of fair coffee supplier Chase and Sanborn-branded cups and saucers, according to the Chicago Tribune. 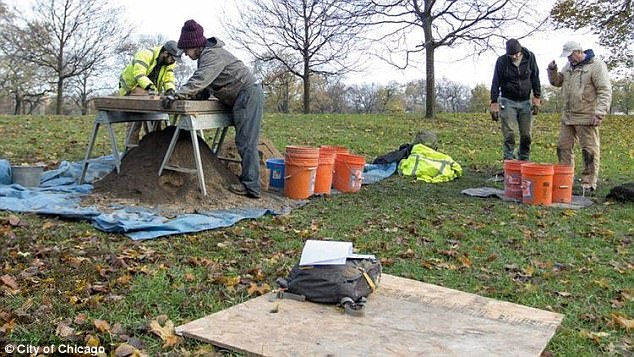 Since only black and white photos of the World’s Fair exist, historians believe that the unearthed building fragments could help identify the exact colors of the Transportation Building and others.

Researchers found 9,841 artifacts all told, including the World’s Fair building fragments and bones, most of which were said to be beneath the land earmarked for the Obama Center.

Aside from nails, spoons, buttons, graphite rods used to light World’s Fair lamps and bottles, they discovered a fan-shaped brass Japanese necklace likely from the 1940s and lost by a parkgoer.

The archaeologists also found animal bones in an area of the park where the World’s Fair incinerator, capable of eliminating 100 tons of garbage a day, was located. Most of the bones were burned and said to be fairgoer food waste. 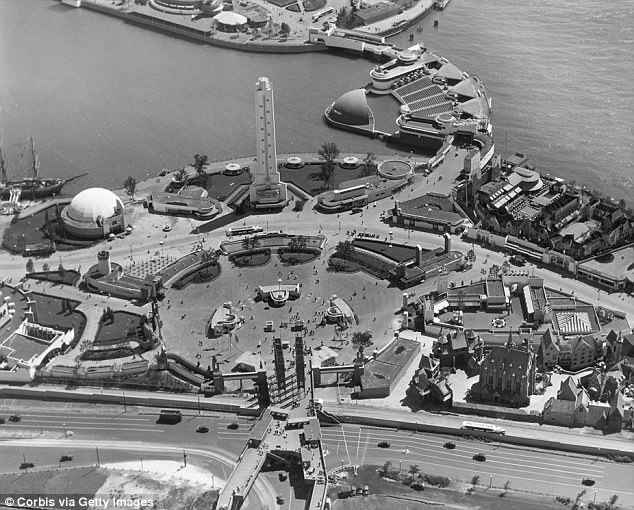 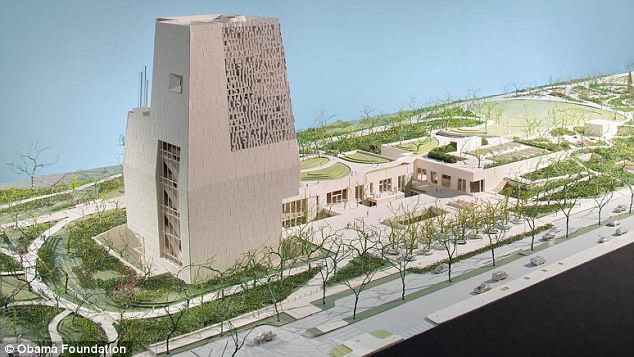 Federal environmental and historic preservation laws require US agencies to examine the local impact of proposed historic buildings and sites, such as the proposed Obama Center (shown) 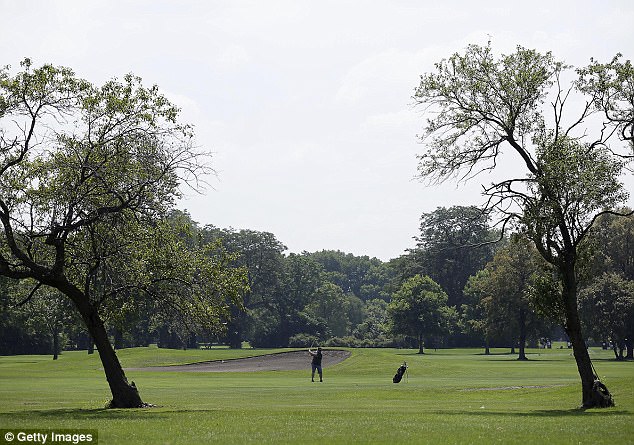 Opponents of the Obama Center said it will ruin the park’s landscape, which was designed by Frederick Law Olmsted and already listed on the National Register

The archaeologists’ report suggested that there was ‘the remote possibility’ that some of the bones might’ve belonged to the pair of camels and five reindeer that were featured in the fair’s ‘Streets of Cairo’ and ‘Lapland Village’ attractions and said to have died on site.

A spokesman for the city’s Department of Planning and Development said none of the bones found were identified as being camel or reindeer bones, though.

State officials said that the archaeologist’s discoveries did not indicate significant new knowledge of Jackson Park to warrant listing on the National Register of Historic Places.

‘People may be interested in those bits and pieces, but just because they’re these historical curiosities doesn’t make them eligible for the National Register,’ Brad Koldehoff, chief archaeologist for the Illinois Department of Transportation, told the Chicago Tribune.

Had the findings been significant enough to be worthy of the National Register, however, the findings could have impacted both the approval and construction of the Obama Center, which is currently under review by both city and federal authorities.

Federal environmental and historic preservation laws require that US agencies need to examine the local impact of proposed historic buildings and sites, such as presidential libraries and museums.

Researchers for the Illinois State Archaeological Survey excavated seven sites in the 543-acre Jackson Park and the eastern end of the Midway Plaisance — the planned location of the center’s parking garage — in late 2017 to see if any historically significant materials were buried there. 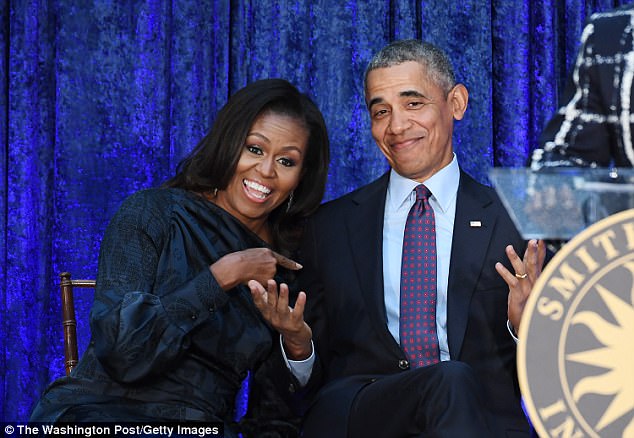 The Obama Foundation is building the $500million, privately-funded Obama Center

The archaeological findings will be presented and discussed on Thursday at a public meeting. Officials will also discuss a new list of historic properties that the Obama Center might impact if build on the currently proposed location.

Opponents to the Obama Center have already said that the $500million privately-funded building will ruin the park’s landscape, which was designed by Frederick Law Olmsted and already listed on the National Register.

In January, the Obama Foundation decided to move the parking garage to an underground location within the center’s 19-acre site.

City officials have said that it will cost taxpayers $175million to build roads and underpasses to serve the Obama Center.

The Obama Foundation, which is building the Obama Center — which would consist of a museum tower, a forum building and a third building — is hoping to break ground in late 2018 and open the center to the public in 2021.