Ankie Spitzer was warned against opening the door to that stairwell. ‘You cannot pass,’ they said, ‘it is too graphic.’

But Spitzer has never taken kindly to being turned away. ‘I told the authorities, “I have to see the place Andre spent the last few hours of his life”,’ she says.

Ambling up a staircase in Munich 49 years ago to collect the belongings of her murdered Israeli fencing coach husband Andre, blood trickled down from the top of the stairs.

Ankie Spitzer, the widow of the Israeli fencing coach Andre Spitzer who was slain by Arab terrorists, walks into the room where the attack occurred 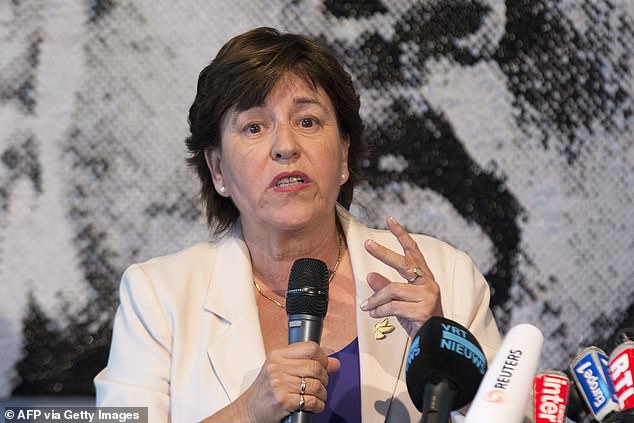 Opening the second door revealed weightlifter Yossef Romano bleeding to death, a mutilated body, and bullet holes in the walls.

It is these harrowing images that have sent the brave 75-year-old from Montreal, to Moscow, to Barcelona, to Rio and more to achieve one thing — a one-minute silence at an opening ceremony to acknowledge the 11 Israel Olympic team members murdered by Black September terrorists at the 1972 Munich Olympics.

Spitzer and fellow widow Ilana Romano have been to every Olympics since Munich 1972 — bar Sydney 2000 — in the hope of convincing the International Olympic Committee (IOC) to grant her a lifelong wish.

Nearly five decades of fighting and heartache later, the other door she wanted open was finally unbolted last Friday after an invitation to the opening ceremony from IOC president Thomas Bach. 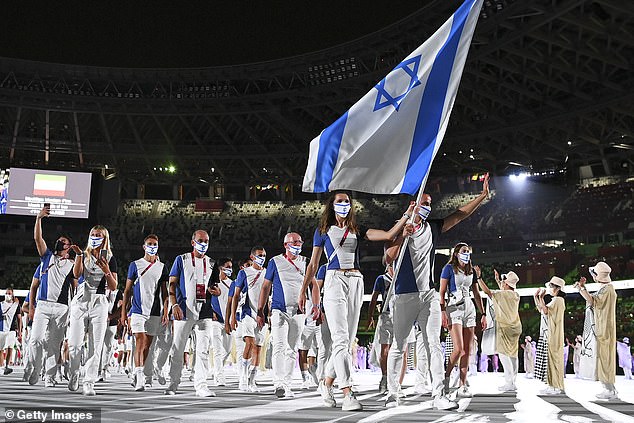 Finally, after the Israeli athletes of today had paraded at the opening ceremony, it happened 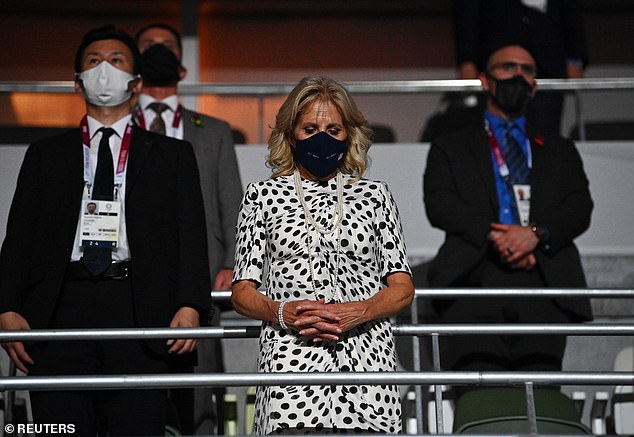 ‘When we (her and Ilana) got the invitation from Thomas Bach to the opening ceremony, I thought to myself, ‘He’s probably going to do something as he’s brought us all the way to Tokyo during a pandemic” but I had no idea what,’ she tells Sportsmail in her first newspaper interview since the ceremony.

‘When we sat in the stadium and suddenly heard what we had been waiting for (a one-minute silence) for 49 years, and we saw all the people stood up, including the emperor of Japan and the president of France, I cannot even explain to you what I felt.

‘I am not a cry-baby, but I could not stop crying. We were overwhelmed, we couldn’t believe it. We (her and Ilana) are still talking to each other in Tokyo and we said, “Did this really happen, is this the end of the long lonesome road? Has it been done?” It’s still a dream.

‘But it was the happiest moment that they (Israeli team members) have got recognised by the IOC as they should’ve been many years ago, and it’s happened in my lifetime so my kids don’t have to take on this fight because I know how difficult this road was, how much energy and pain it took to get this point; I wanted to save them from that.’

As Spitzer and the Olympic Stadium rose to commemorate the victims, she had a heartfelt message for Andre. 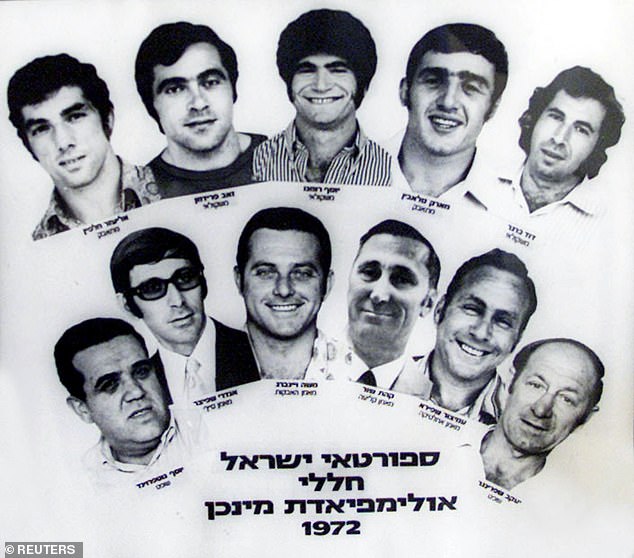 ‘Andre was a very, very calm person with a lot of humour but when I was standing there for the one-minute silence with the whole stadium, I said to myself, “Andre, it took me 49 freaking years but hear — you have it. I owed it to you and your team-mates because you should not have been forgotten and ignored by the IOC — this is your minute”,’ she says.

‘Today we have only joy in our hearts, the fight is over. I’m not here to fight for the rest of my life.’

It has been a long road of fighting indeed. At Montreal 1976, the threat of Arab states boycotting the Olympics was a sticking point.

At Barcelona 1992, Spitzer was ushered away and accused of bringing politics into sport. After 30 years, some officials told her, ‘It is too early to remember them’.

It was at London 2012, 40 years after the harrowing attacks, where the situation very nearly turned in Spitzer’s favour with Prince Charles and US president Barack Obama backing the motion, but it then drastically went up in flames at a memorial service IOC officials attended.

‘A small JCC Rockland in New York state made a petition and to our big surprise, we had more than 100,000 signatures who also wanted a one-minute silence,’ she explains.

‘We also had president Barack Obama and Prince Charles say there should be a one-minute silence. When I spoke to the then IOC president Jacques Rogge in London, he said, “Ankie, my hands are tied”. 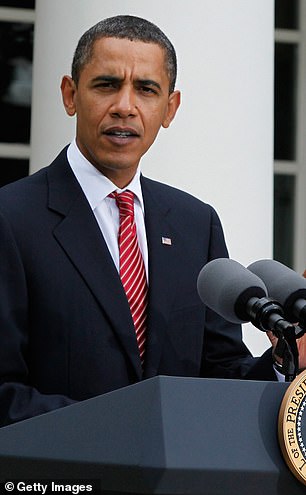 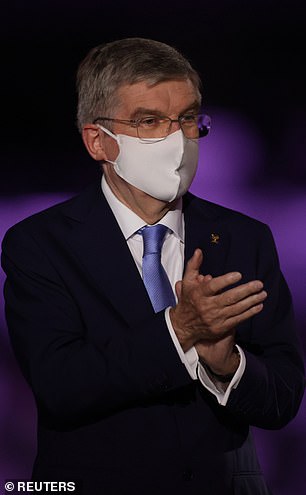 ‘I said, “Your hands are not tied. The hands and the feet of the 11 Israelis who were held hostage were tied, you’re a coward”.

‘When we had our memorial service at the Guildhall in London, I took my gloves off for the first time and said, “Shame on you IOC for having forsaken 11 members of your Olympic family and the only reason I now understand is pure discrimination”. They were furious with me.

‘Bach, he was vice-president then, and he just turned his back to me, he didn’t speak to me anymore.’

The pair patched things up over the following years, to the point that Bach invited Spitzer to the Rio 2016 opening ceremony — the first time the IOC had personally invited her to a Games.

Bach went to the edge of fulfilling Spitzer’s request by holding a memorial and a one-minute silence in the Olympic village, but she wanted more.

Former fencer Bach — a sporting connection with Andre which Spitzer believes helped in the end — stewed in the following years over what to do in Tokyo. Spitzer capitalised and went to the IOC headquarters in Lausanne before the pandemic for an 11th hour plea ahead of the Games.

‘We (her and Ilana) sat with him and I said, “Please do this, I do not want to leave this fight for our children. Our children have lived in the shadow of the Olympics their whole lives, they had to give up on us because we were on the road all the time going to all these Olympics, trying to knock on everybody’s doors. 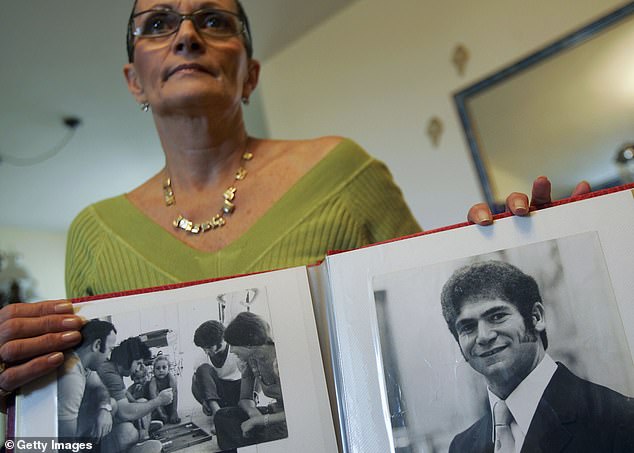 Ilana Roman, whose husband Yosef was also murdered, has campaigned alongside Spitzer

‘I do not want to leave it to them, I want to finish it in my lifetime”,’ she says. ‘He looked at us and said he was thinking about it.’

‘I give him (Bach) all the credit because the rest were either chicken like Jacques Rogge, IOC president in London, Athens and Beijing, or totally uninterested like Juan Antonio Samaranch in Barcelona.

‘They should be ashamed of themselves for forsaking 11 members of their Olympic family, I mean that.’

Though a ceasefire has been drawn, the harrowing memories of the summer of 1972 will be with Spitzer to the end.

Andre was hours from missing the ill-fated episode all together. He was in Holland attending to his ill daughter Anouk and only made it back to the Olympic village in time thanks to his wife driving rapidly to the station in Eindhoven.

He arrived four hours before the terrorists took the athletes hostage.

‘I last saw him alive on TV when he was hostage and brought to the window,’ she reveals. ‘He spoke German and several other languages so he was the spokesman of the hostages. They opened the curtains and the window; he was bound with his hands behind his back.

‘I could see on TV they hit him with a rifle on his back, pushed him into the room and closed the curtains.’ 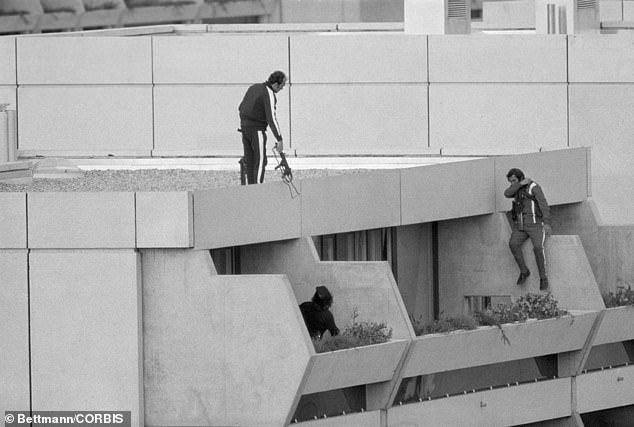 The attack took place in the Munich athlete’s village. Pictured: armed police get into position 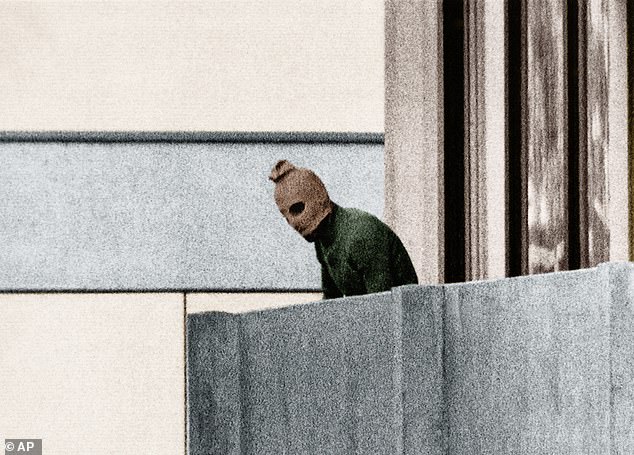 Pictured: One of the terrorists appears with a hood over his face on the balcony of the building

Following a 21-hour standoff, in which Romano and weightlifter Moshe Weinberg were slaughtered at the Olympic village, the German authorities agreed to the terrorists’ demands of supplying two helicopters to take them to the airport.

On landing at the Furstenfeldbruck airbase, West German snipers fired and killed two of the terrorists inspecting the third jet waiting for them. The other four terror group members stayed on the helicopter, murdering the remaining nine Israelis.

Spitzer wanted and needed closure: how did Andre die and what happened to him were the questions she resolutely chased for decades, and in September 1992 received a call from her lawyer.

Twenty years on, the German authorities had released documents and pictures they had previously said did not exist.

Among the 4,000 documents, the pictures were unrelenting. The lawyer warned Spitzer: ‘I’m not going to show you the pictures unless there is a medical doctor.’

The reply? ‘Just put the pictures on the table, they can never be as bad as I had imagined the last 20 years to be.’

Spitzer adds: ‘It was a Saturday morning and I can still remember it, unbelievable. I finally understood what had happened to him. 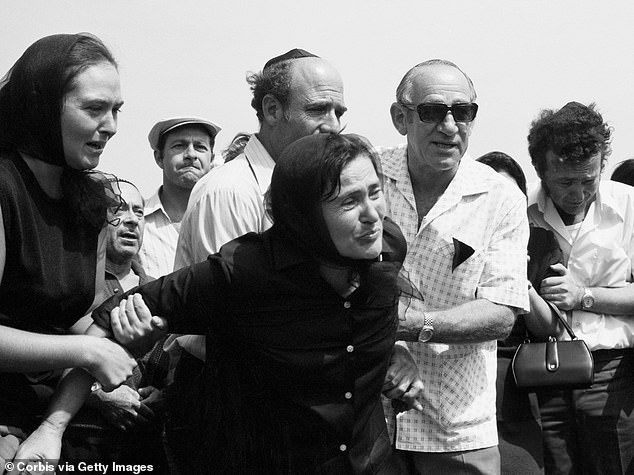 Pictured: The mother of one of the murdered Israeli athletes grieves at her son’s funeral

‘We had a meeting with all the family members, 34 of them. We told them that we have seen the pictures, everyone has the right to see them but we advised everyone to remember their fathers, husbands as they remembered them in life.

‘Nobody wanted to see the pictures which I was so happy for this because I didn’t want anybody to see those pictures.

Despite all this trauma, Spitzer remains admirably positive and still values the Olympic ideal. She is not done with the Games just yet.

‘Of course I’m going to Paris 2024, but this time to watch the Olympics!’ she says. ’To go to the competitions and to see the fencing and enjoy the opening ceremony. It’s one thing to fight all the time but there’s one thing to enjoy it, and that’s my plan if I’m still healthy. 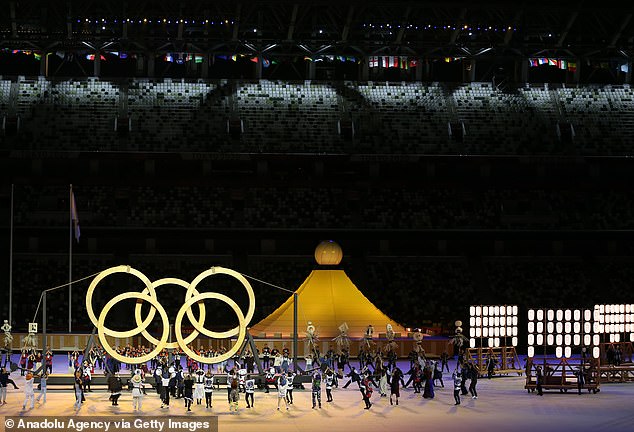 The minute’s silence finally brings peace for Spitzer, who still believes in the Olympic ideal

‘I still believe in the Olympic ideal. The Olympics should be without discrimination, without politics as much as possible and it should be a festival for sport — I am strong believer that sport can unite people.

‘It was absolutely worth it (the campaigning), it was all worth it. If I had to do it again, I would do it again with this result.

‘You cannot imagine how important that one minute was for me. I looked at all the people standing there. It was an amazing moment, a never forget moment, one of the happiest moments of my life. I finally can smile again when I talk about the Olympics.’

The final door has been opened.