Anna Heinrich just took things to a whole next level.

On Christmas Day, the blonde beauty proved herself the perfect girlfriend, treating fiancé Tim Robards, 35, to a haul of Playstation 4 gaming gear.

The blonde beauty’s happy man took to Instagram to share the haul, which included a Playstation 4 console, aim controller, and, a virtual reality set, the latter of which retails for about $549 alone.

Big kid: The Bachelor’s Anna Heinrich, 31, has treated fiance Tim Robards, 35, to an unforgettable Christmas haul with loads of Playstation 4 gear, including a virtual reality set

Hunky Tim revealed that he wanted to feel like a ‘big kid’ on Christmas, praising his fiancée for her gift-giving abilities.

‘I told Anna I want to feel like a big kid on Xmas morn … She killed it,’ he posted alongside the image, which showed him, dressed in a red shirt and chino shorts, pointing to his new PS4 aim controller. 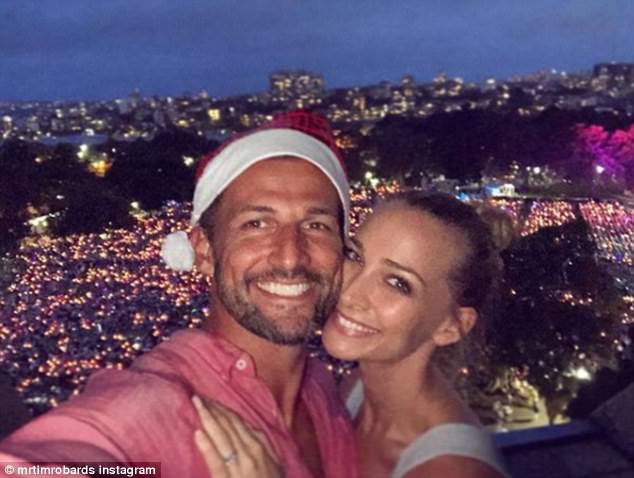 Meanwhile, in the image, Anna looked relaxed with her blonde hair pushed to one side, while she wore a black off-the-shoulder top and a white polka dot skirt.

Fitness fanatic Tim then sought out game recommendations for his present.

‘Now, what games should I get? What’s the best one using the #psvr [virtual reality set],’ he questioned.

Fans of the reality show pair were quick to joke their relationship might be affected by the gifts. 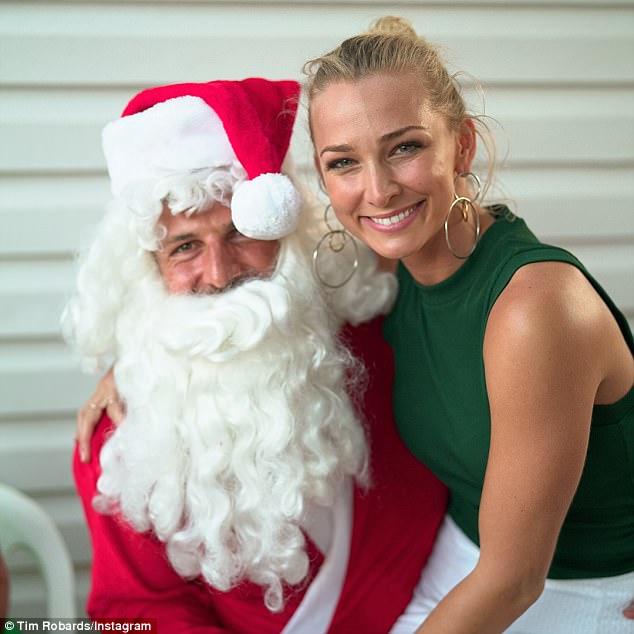 Festive:  The Bachelor’s Tim Robards took to Instagram to share images of himself dressed as Santa this year

‘Anna take it back … save your relationship before it’s too late,’ one user wrote, before quickly adding,’Kidding…Have a blessed Christmas and NY’s guys.’

Another user wrote, ‘I got my husband Grand Turismo Sport which he’s just started playing in the last hour,’ she said, before continuing, ‘Guess that’s him and the TV gone for the next few days.’

Later that day, Tim shared an image of his nephew, sharing a heartfelt tribute to his sister and the little fella, indicating he might be a little bit clucky. 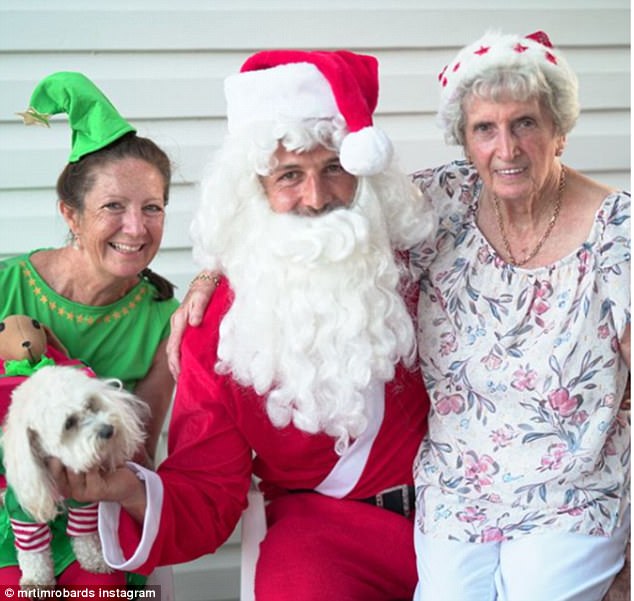 Family and fun: The Bachelor’s Tim Robards took to Instagram to share festive images of himself dressed as Santa Claus

‘Just like his mother … how cute is this little guy honestly!’ he posted.

‘Can I borrow him for a while and just give him back when I need to do things like sleep, go to the movies and have a social life?’ before continuing,’Very proud of my sis for being such a great mum!’

An Instagram user picked up on the post,’Watch out, Anna … is Tim getting clucky? LOL,’ while another added, ‘You look so cute with [a] cute little baby.’ 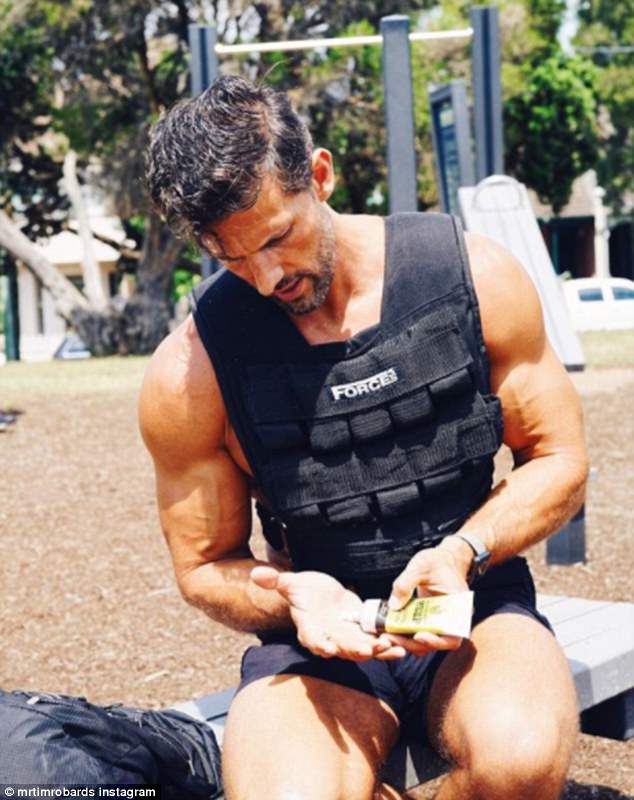 Time out: Muscular Tim usually shares snaps of himself working out using the Tim Robards Method