Serena Williams, Roger Federer, and Novak Djokovic may be on the courts at the US Open, but there are plenty of stars in the stands as well.

Celebrities abounded at the USTA Billie Jean King Tennis Center in Queens, New York to watch the greats take part in the golden anniversary of the tournament.

The likes of Anna Wintour, Katie Couric, Mike Tyson, Gladys Knight, and Hugh Jackman could all be seen catching the games and doing plenty of mingling.

The festivities kicked off on Sunday night with performances from R&B crooner Maxwell and headliner Kelly Clarkson. 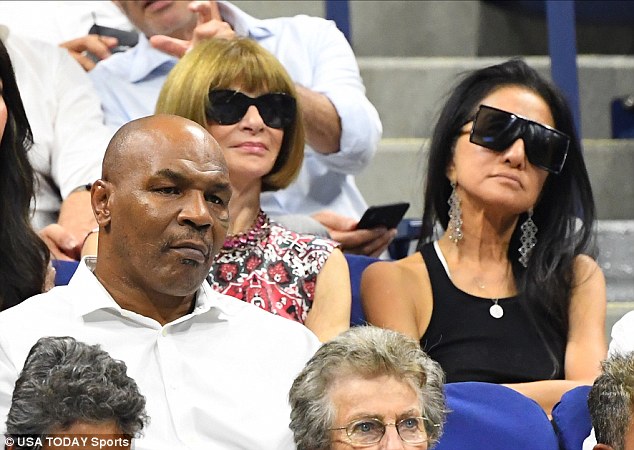 Wintour later took her seat next to fashion designer Vera Wang as they enjoyed the matches. Seated in front of them was boxing legend Mike Tyson 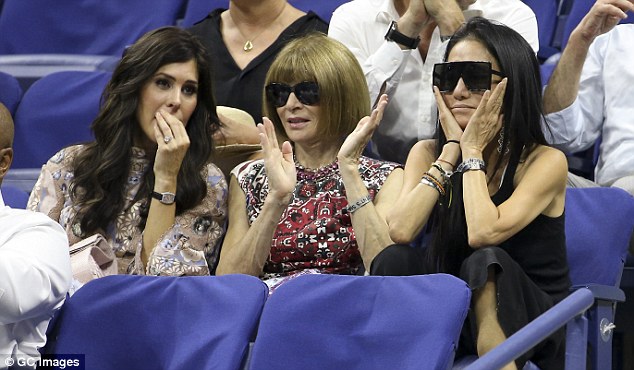 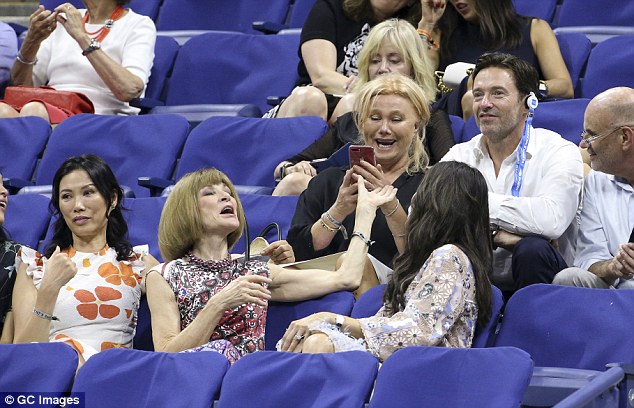 The group later animatedly chatted with their seat neighbors, Hugh Jackman and his wife Deborra-lee Furness

Clarkson performed a special six-song medley for the concert, telling the crowd: ‘I love opening for Serena Williams!’

Williams later took over the court to play Magda Linette in the first match of the night, easily winning in straight sets.

The tennis legend and new mom is currently playing for her seventh US Open singles title – a record – and 24th Grand Slam final.

If Williams wins the tournament she would tie for the Grand Slam record currently held by Australian Margaret Court. 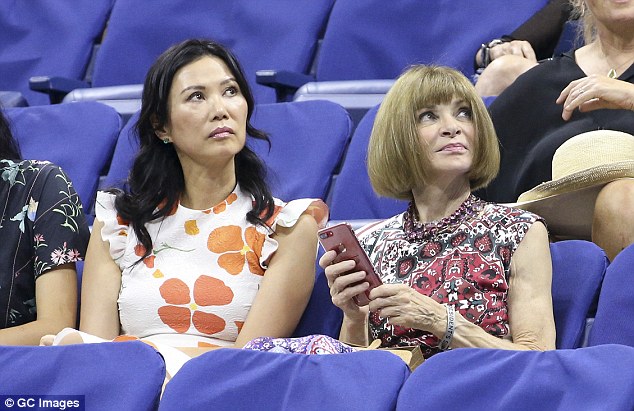 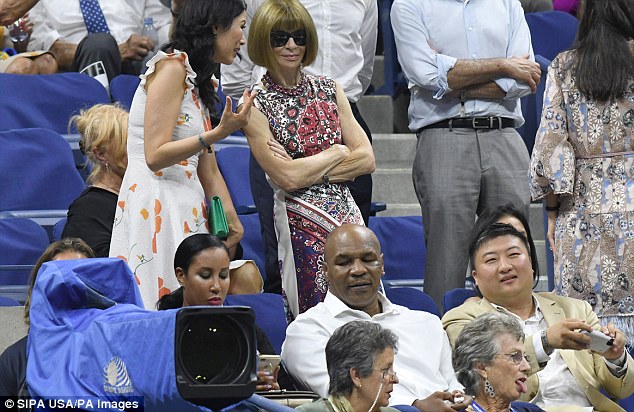 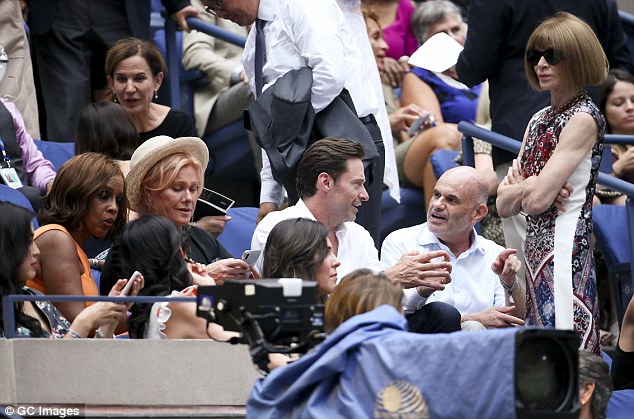 Wintour could later be seen going up a row to chat with Jackman, his wife, and Gayle King 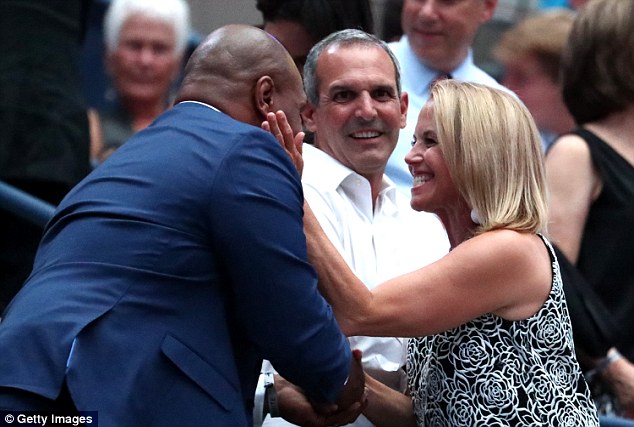 A more surprising pair of friends on opening night was Tyson and Katie Couric, who were spotted excitedly greeting each other in the stands 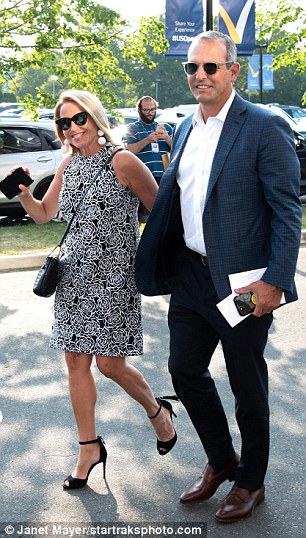 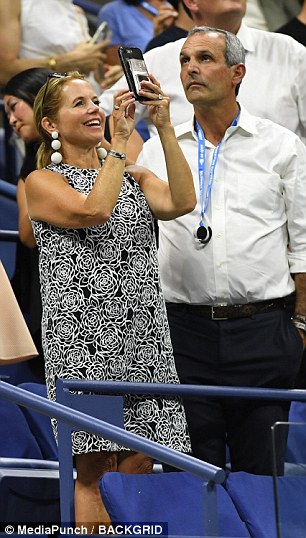 Cheering for Williams in the stands was Wintour, who will no doubt also be on hand to root on her friend Federer.

Wintour hasn’t been shy about her adoration for the tennis great, once calling herself his ‘groupie’.

‘Fan is quite an understatement,’ Wintour once wrote in an article about Federer. ‘I have flown across the world for his tournaments’.

‘I’ve endured agony when he’s been a set down and ecstasy when he’s stormed back.

‘I have even missed more than the occasional fashion show – all for the privilege of witnessing Roger play what is surely the greatest tennis of all time.’ 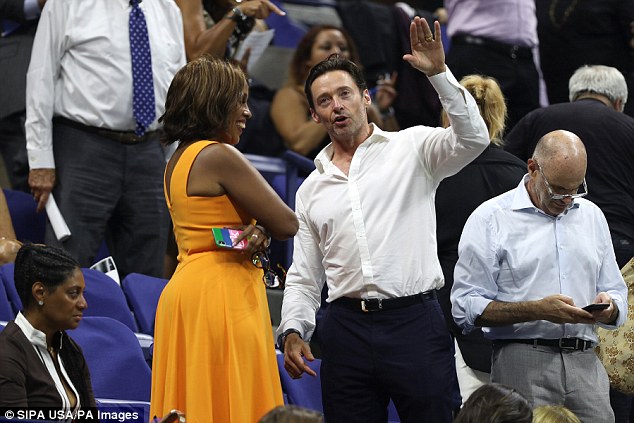 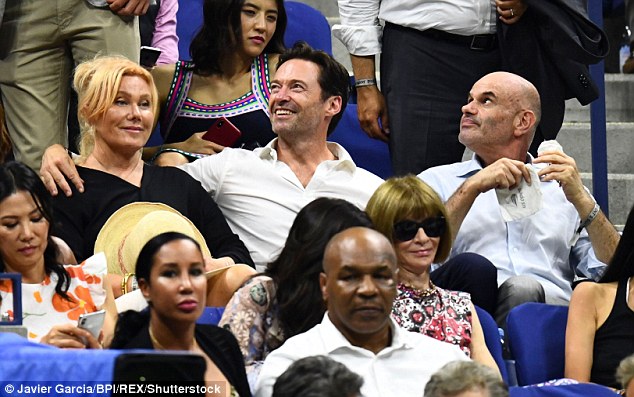 Jackman later put on an affectionate display with his wife Deborra-lee Furness, putting his arm around her as they watched the matches 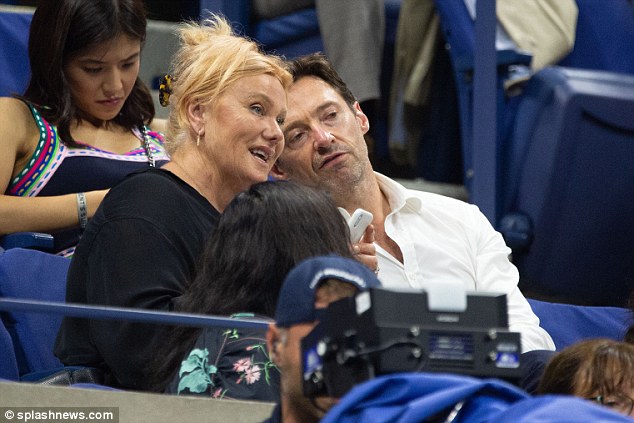 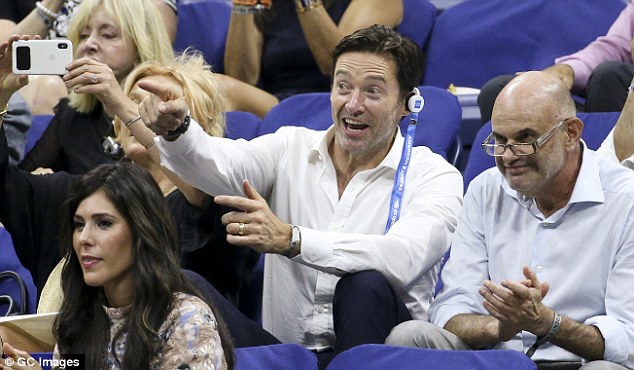 Wintour could be seen watching a match with Wendi Deng Murdoch and designer Vera Wang.

Deng also sported a bright and airy look to stay cool during the New York heatwave, opting for a flirty white sundress with ruffles and a orange floral print.

Meanwhile, Wang looked sleek in an all-black outfit and shades even bigger than Wintour’s.

The group happily snapped pictures of the matches and were later seen chatting with their seat neighbors, Hugh Jackman and his wife Deborra-lee Furness.

A more surprising pair of friends on opening night was Katie Couric and Mike Tyson, who were spotted excitedly greeting each other in the stands. 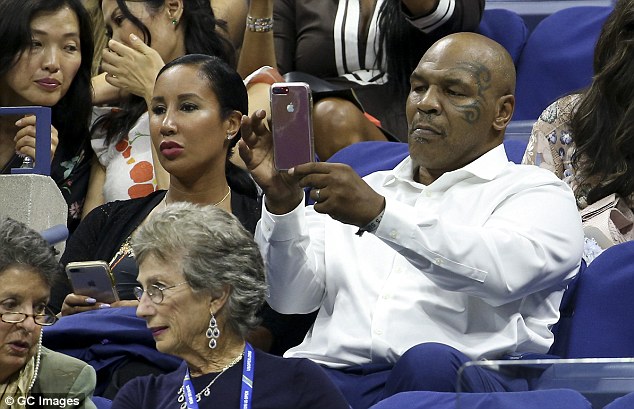 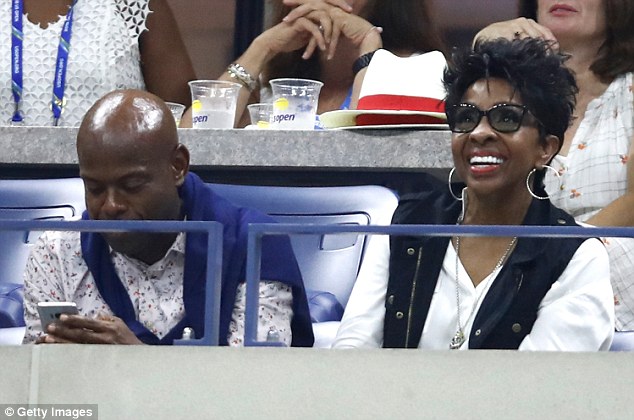 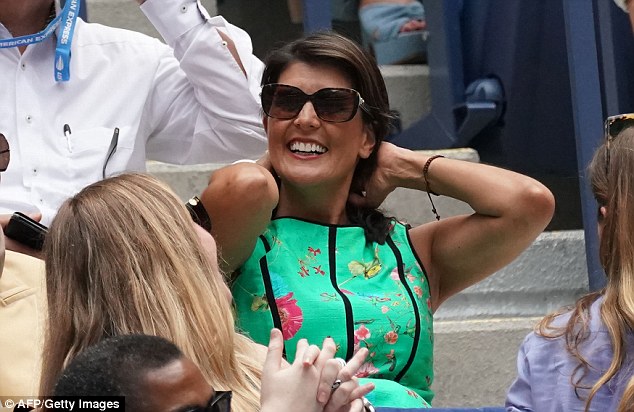 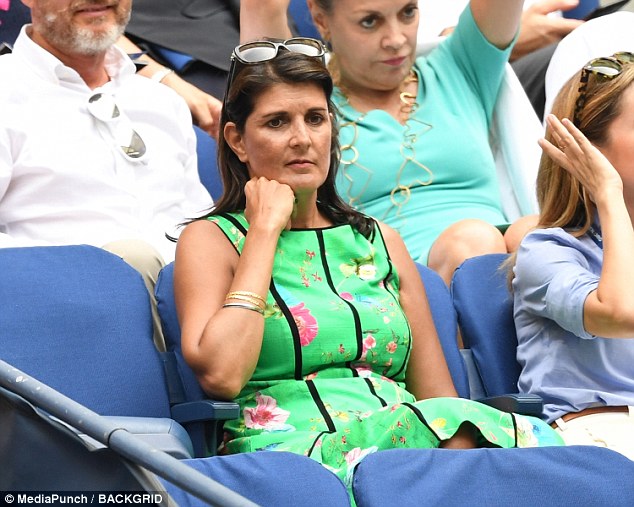 Tyson has been a recent fixture at Grand Slam events, no doubt falling for the sport thanks to his daughter Milan.

The nine-year-old is an up-and-coming tennis star herself, even playing friendly matches with the likes of Novak Djokovic at tournaments.

Jackman and Gayle King were also seen chatting happily with each other in the stands, the latter sporting a bright yellow dress for the occasion.

The Wolverine star later put on an affectionate display with his wife, putting his arm around her as they watched the matches.

While Hollywood was out in full force in Queens for the games, there was also a sprinkle of Washington DC as well. 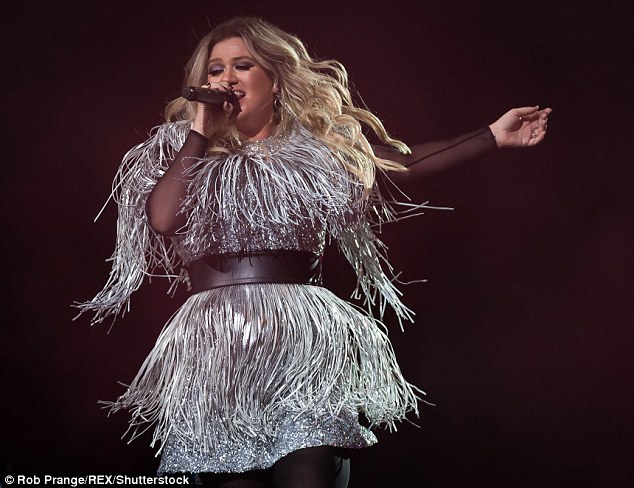 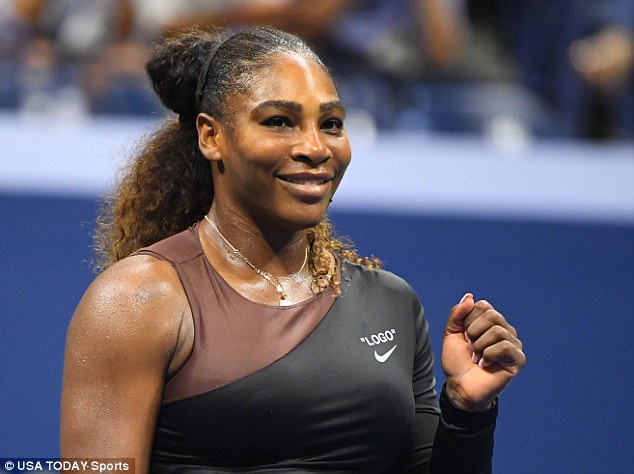 Williams later took over the court to play Magda Linette in the first match of the night, easily winning in straight sets

US Ambassador to the United Nations Nikki Haley also took some time away from her duties to catch opening day.

The politician traded blazers for a bright green shift dress to suit the day’s events.

Round one of the games got off to a surprising start as No. 1 seed Simona Halep was knocked out of the games by Kaia Kanepi, who is ranked 44th.

‘It’s always about the nerves,’ Halep said after the loss. ‘Even when you are there in the top, you feel the same nerves. You are human.’

Halep’s loss clears the way even more for Williams, who is now the favorite to win the tournament.