Anna Wintour’s daughter Bee Shaffer’s undoubtedly lavish wedding is fast approaching this summer, which can only mean one thing: it’s time to party.

The 30-year-old shared a photo from Hotel Esencia, a resort in Tulum, Mexico, on Sunday showing herself sporting a tiara sitting among nine of her friends, all wearing matching black onesies.

‘Real Housewives of Milan,’ Bee joked in the caption for the image.

Great group: Bee Shaffer, 30, (pictured front, center, in tiara) is celebrating her last days as a bachelorette with friends in Mexico this weekend 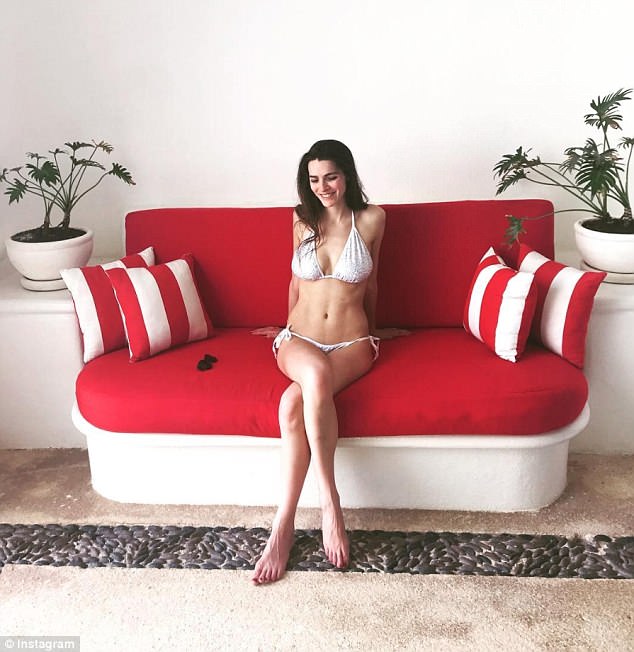 Got the look: The daughter of Vogue editor-in-chief Anna Wintour seems to be having a whale of a time, according to social media posts by her friends

According to Page Six, Bee and her fiance, photographer Francesco Carrozzini, are to be wed on July 7 at mom Anna’s estate in Mastic, Long Island.

Now in preparation for the nuptials, the gorgeous brunette appears to be having a blast of a bachelorette party in the sun, with her friends sharing a number of fun moments from the weekend on their on Instagram pages.

Molly Howard, CEO of La Ligne, shared a number of posts from the beachy location, including one of bride-to-be Bee wearing a joke veil topped with a penis-shaped bauble.

Selby Drummond, Vogue’s accessories and special projects director, posted a racy photo of Bee in a white string bikini, showing off her form on a stylish red couch. 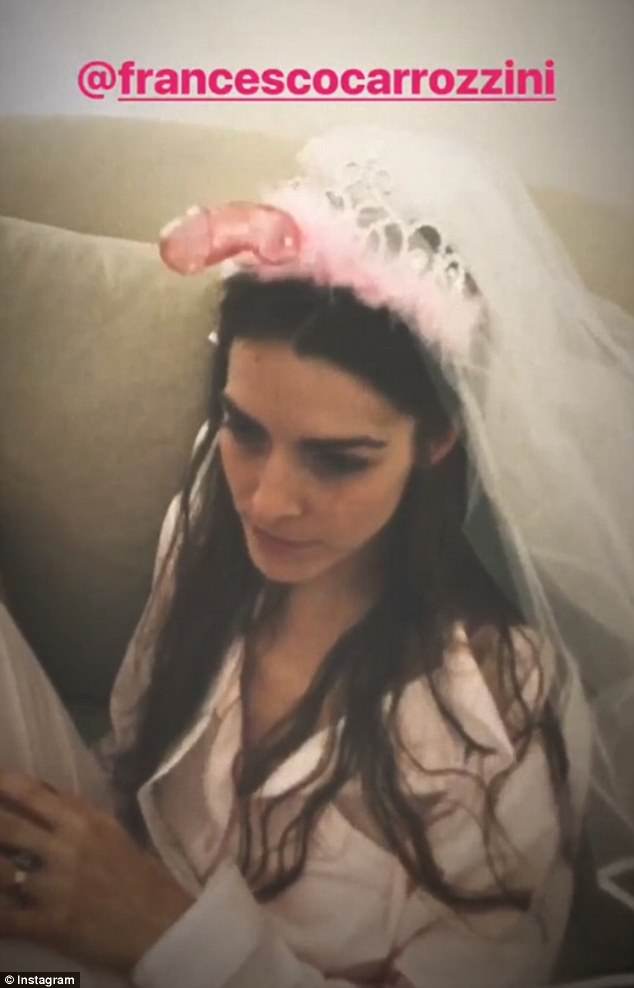 Joking around: One friend shared this image of the bride-to-be sporting a joke veil with a penis bauble on top 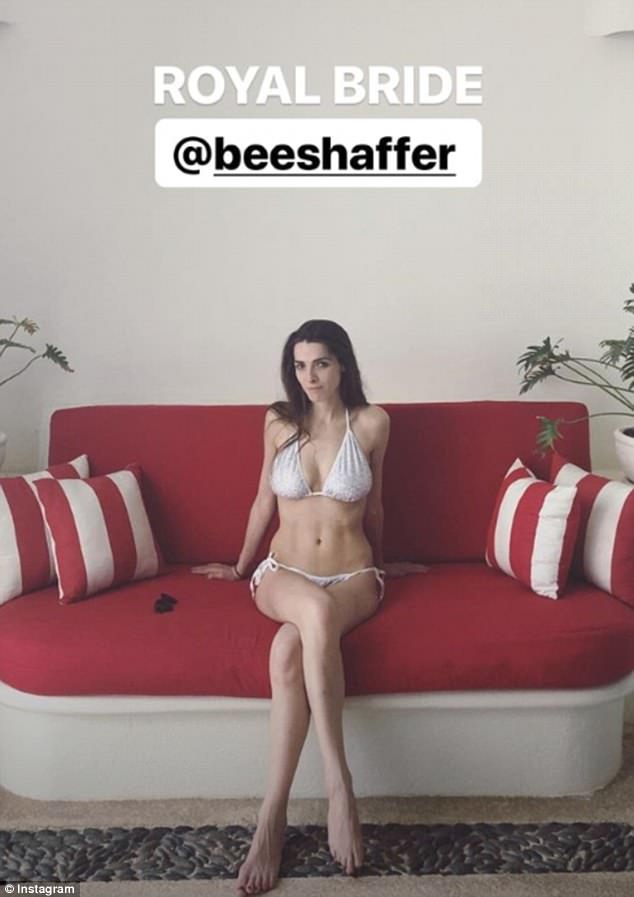 Lounging around: The group are enjoying the sun at the Hotel Esencia, a resort in Tulum, Mexico 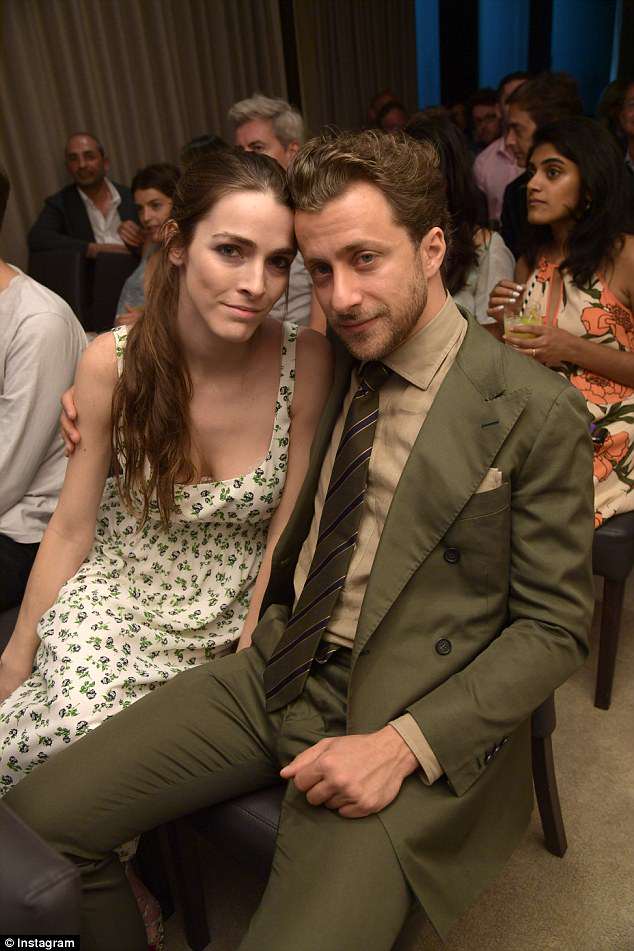 Coupled up: Bee is due to wed photographer Francesco Carrozzini (pictured earlier this month) on July 7 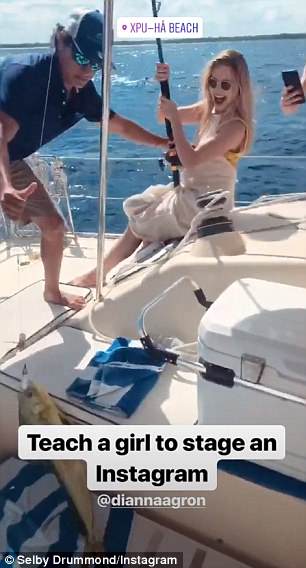 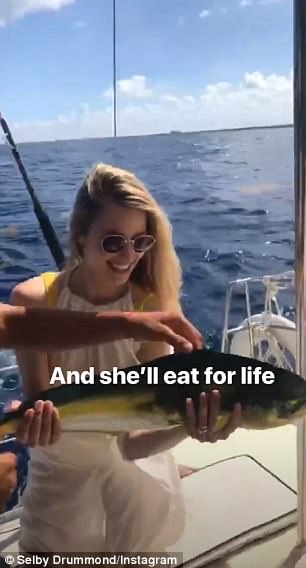 Star power: A post from the trip shows Glee actress Dianna Agron looking ecstatic to have caught herself a fish

Both ladies tagged Bee’s husband-to-be Francesco in their posts, with Selby joking that Bee was ‘almost exclusively your problem.’

Also in attendance is Glee actress Dianna Agron, who is seen squealing with happiness in one of Selby’s Instagram Stories taken on a moving boat as she catches a massive fish. 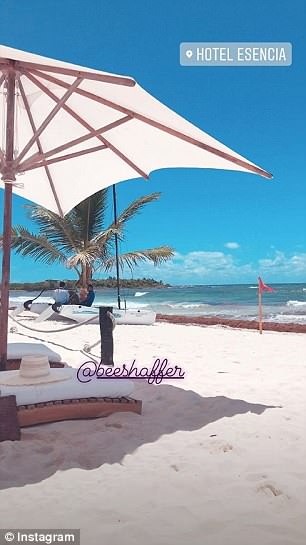 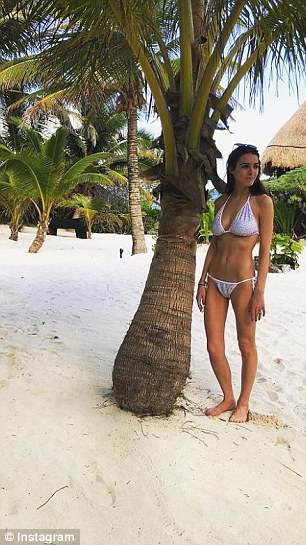 Paradise: A number of friends celebrating with Bee couldn’t help but share photos from the gorgeous beachy location 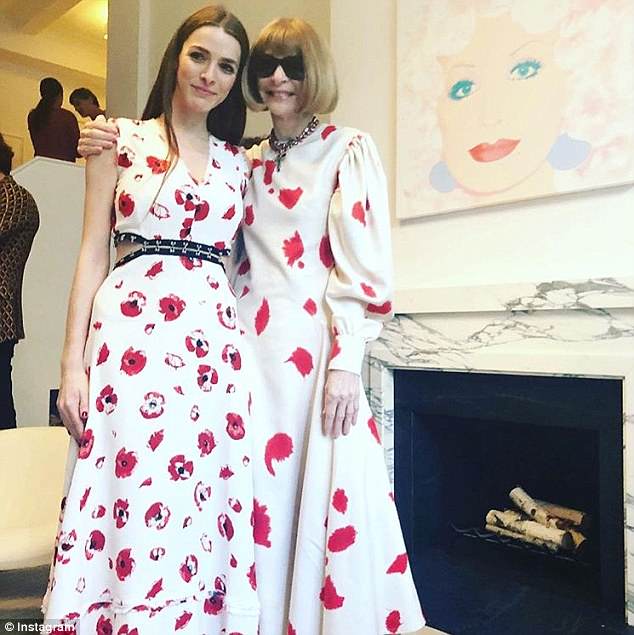 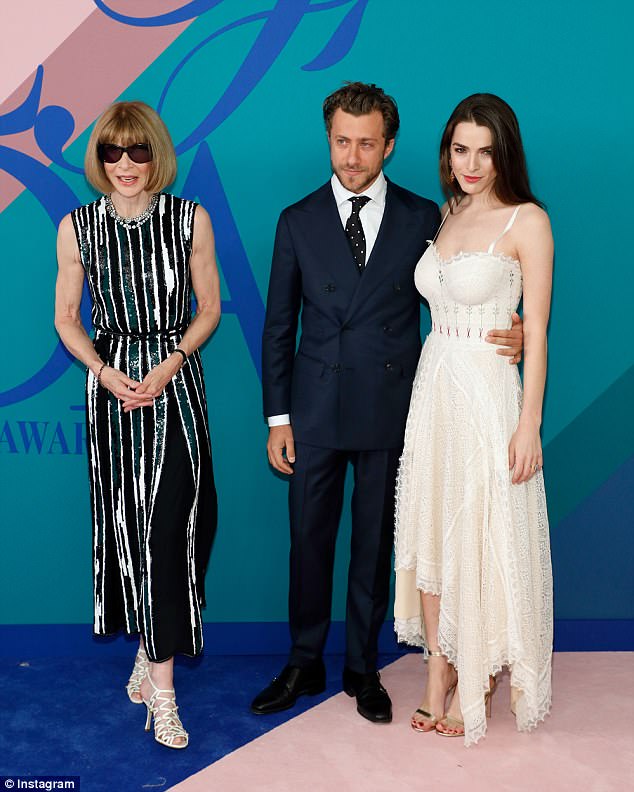 The same cloth: Bee and Francesco, who is the son of late Vogue Italia editor Franca Sozzani, revealed their engagement last year 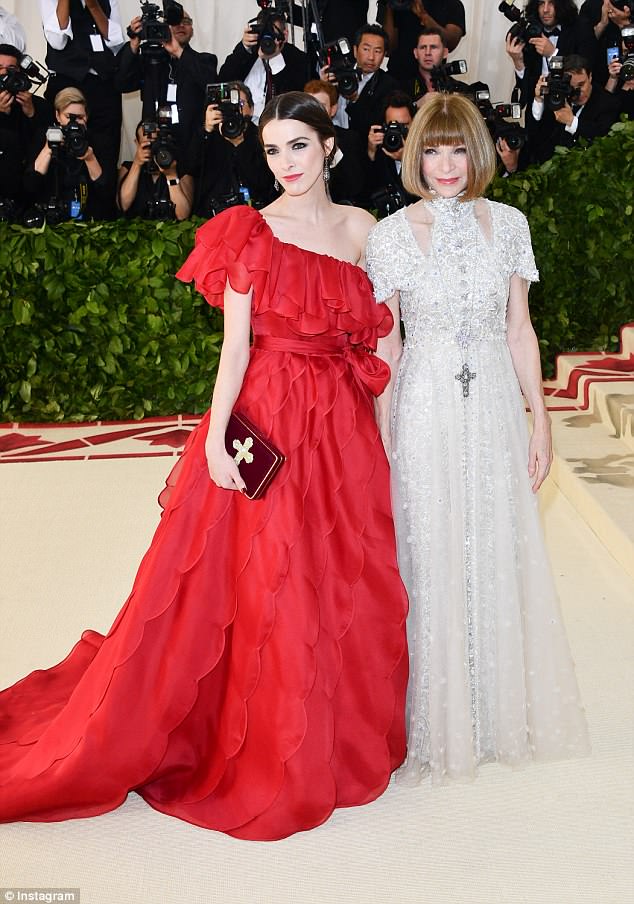 Big moves: Bee recently joined her mother on the red carpet for the 2018 Met Gala, which was rumored to be Anna’s last

Despite being the children of two prominent fashion icons, the twosome has managed to keep their relationship relatively private, with rumors that they were together first popping up in October 2016 when Bee attended a screening for 34-year-old Francesco’s film.

The documentary was all about Francesco’s mother Franca, who died shortly after in December.

It is likely that the pair had met at long before the screening, given that their mothers were friends and held similar jobs, and it has been reported that they began dating long before their relationship became public knowledge.

As has become a tradition, Bee was recently seen on the red carpet for the Met Gala alongside her mother, who is rumored to be leaving Vogue this year.