Anne Tyler is a magician. You finish her delightful new novel feeling closer to life

Redhead By The Side Of The Road

On one level, the novels of Anne Tyler are as straightforward and unobtrusive as her name.

Her prose style is clear and unshowy. Her sentences have no flourishes. You could almost say that their only identifying feature is their lack of an identifying feature. She has claimed in the past to have no style at all. ‘I want everyone to understand what I’m getting at.’

Virtually all her novels – this is the 23rd, by my reckoning – are set in middle-class Baltimore, far away from the violent, druggy projects for which that city is perhaps better known. Her characters are peculiar in contemporary American literature, in that they are drawn from the mainstream of American life, rather than its fringes. Like most Americans, but unlike most characters in American fiction, they have siblings and spouses and children and parents. These family members tend to dominate their lives, whether they like it or not. 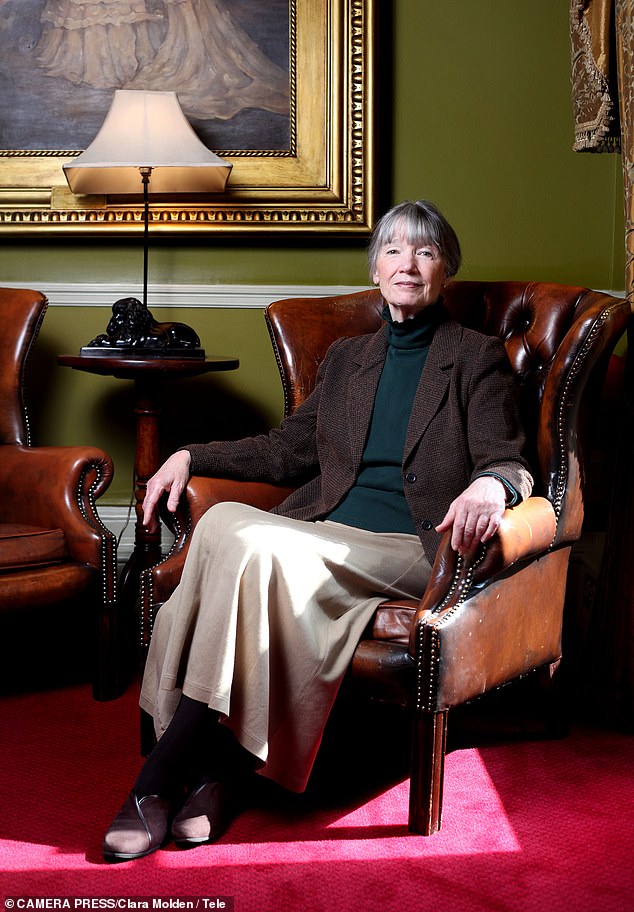 Now aged 78, Anne Tyler once said: ‘I start every book thinking, this one will be different. And it’s not.’ In some ways, she is right

As you read each of her novels, you find yourself drawn into the inner lives of people you would normally pass in the street without a backward glance. Her latest, Redhead By The Side Of The Road, centres on a computer repair man in his early 40s. ‘You have to wonder what goes through the mind of a man like Micah Mortimer,’ the book begins. ‘He lives alone; he keeps to himself; his routine is etched in stone.’

At this point, more sensational novelists would doubtless plant a corpse under Micah’s patio, or have him conduct a secret affair with an 18-year-old cheerleader, or start dealing in crystal meth, but this is not Tyler’s way. She is far more interested in writing about people who muddle along, without any great sense of purpose. In fact, many of them are singularly vexed by their own lack of any great sense of purpose.

‘He has a girlfriend, but they seem to lead fairly separate lives… He doesn’t appear to have male friends. He is cordial to the tenants but no more than that… Does he ever stop to consider his life? The meaning of it, the point? Does it trouble him to think that he will probably spend his next 30 or 40 years this way? Nobody knows. And it’s almost certain nobody’s ever asked him.’

Brought up in a Quaker commune, Anne Tyler didn’t wear shoes till she was 11. She read Little Women 22 times, there were so few books.

Micah is, in short, the kind of semi-detached man who often features in Tyler’s fiction: someone in flight from the very thing for which he yearns, which is commitment. ‘His… aimlessness and boredom hung in the air like a leftover cooking odour.’ At one point, he looks back on the girlfriends he has had over the years, and ‘gives his head a little shake. Move on, for Christ’s sake. Lorna is over and done with. All of them are – Zara too, and Adele, and finally Cass. He ought to feel liberated. He does feel liberated. Lorna so tediously self-righteous, Zara so obsessed with The Dance (as she called it), Adele with her precious endangered species. “Are you sitting down?” she would ask before announcing the demise of some rare breed of butterfly.’

Though in most respects unlike the late Iris Murdoch, Tyler once said that she often reread Murdoch’s novel A Word Child, and there are clear echoes of it here. Both books have a main character who leads a solitary and heavily self-regimented existence, having built up a strict weekly routine in order to keep life at bay. When his on-off girlfriend is not around, Micah passes his evenings on the couch, playing solitaire on his mobile phone.

Early on in the story, he opens his door to a character who might have walked straight out of any number of other books by Tyler. This is the student Brink, the son of a former girlfriend of Micah’s, who has run away from home. Tyler is particularly acute in her depictions of awkward youths, disengaged misfits who are at odds with their families. They feel let down by life, and harbour obscure resentments. Brink reminds me of the character Danny in her recent-ish novel A Spool Of Blue Thread, who also runs away: ‘It seemed jobs kept disappointing him, as did business partners and girlfriends and entire geographical regions.’ Even when describing such disappointments, Tyler maintains a quiet, forgiving humour. 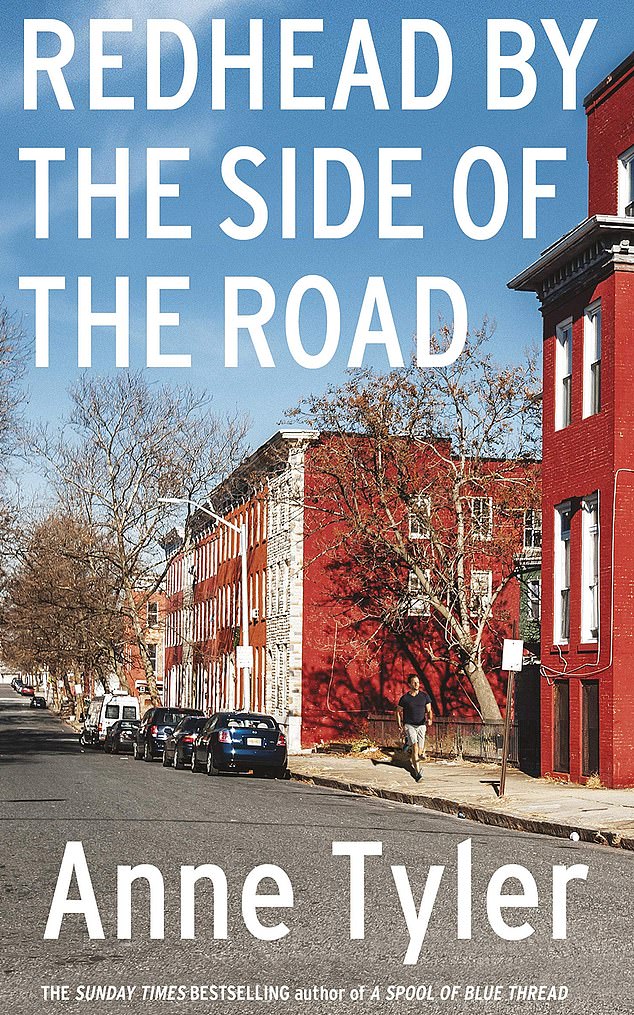 As always, Tyler is a magician, able to conjure up, in a handful of sentences, such endlessly complicated things as the comical messiness of family life

The magnetic pull and thrust of the family is an abiding theme of Tyler’s fiction. In Ladder Of Years, a middle-aged mother decides on the spur of the moment to run away from her family. She hitches to a new town, buys a new dress, rents a room, and finds a new job. In The Amateur Marriage, a 17-year-old girl disappears for years. ‘It meant that Michael [her father] never again had a moment of pure joy.’

Now aged 78, Tyler once said: ‘I start every book thinking, this one will be different. And it’s not.’ In some ways, she is right. While I was reading Redhead By The Side Of The Road, characters and situations from earlier novels kept entering my head. For instance, in her 1985 novel, The Accidental Tourist, the main character is the writer of a series of travel guides for business people who want to keep unfamiliar surroundings at arm’s length. In Redhead…, Micah has written an easy How To guide to computers called First, Plug It In. Both men are living half-lives, shunning the potentially hurtful complications of involvement. But, then again, every novelist has his or her recurrent themes, and Tyler’s seem a good deal broader than most.

In this new book, the runaway youngster and the middle-aged bachelor are both, in their different ways, in flight from commitment: they want to be free of ties. Neither can quite understand the other. ‘Even though Brink was most definitely not his son, Micah had a sudden inkling of how it would feel if he DID have a son – one who had turned out to be a disappointment. A dud.’ Tyler is wonderfully sharp at describing the detachment of Micah’s easy-going friendliness as he goes from client to client, fixing their computers, while avoiding any other involvement.

I hope I haven’t made this delightful novel sound too earnest, or preachy; it is neither. As always, Tyler is a magician, able to conjure up, in a handful of sentences, such endlessly complicated things as the comical messiness of family life.

Here is Micah reluctantly entering the house of one of his siblings: ‘Ada, like all of Micah’s sisters, had a boundless tolerance for clutter. Micah had to swerve around a skateboard and a sippy cup on his way up the front steps, and the porch was strewn not only with the standard strollers and tricycles but also with a pair of snow boots from last winter, a paper bag full of coat hangers, and what appeared to be somebody’s breakfast plate bearing a wrung-out half of a grapefruit. In the foyer… so many sneakers lay heaped on the floor that you would think the house had a no-shoes rule, although it didn’t.’

In John Updike’s lovely phrase, as a novelist, Anne Tyler gives the mundane its beautiful due. You finish her novels feeling closer to life, and closer to other people, particularly to those who might, like Micah, prefer to keep themselves to themselves.