The most annoying Christmas lights in Australia: Man, 20, spends weeks setting up Gangnam Style-themed display with 20,000 LEDs – and his neighbours aren’t impressed

It’s the most wonderful time of the year, unless you happen to live next to this man.

Minh Tuan Nguyen, 20, spends more than two weeks every year turning the front of his house, in Gillespie Road, Melbourne, into a spectacular light and music show.

From around 8.30pm to midnight, more than 100 people descend upon the street.

The 20-year-old plays 11 songs and people can tune in their car radios to listen in to the music.

But with the crowds comes the chaos, and not everybody is as enthralled with Mr Nguyen’s work.

Speaking to The Age, local resident Carmel Gotsis said the event attracts ‘hoons’ that speed up and down the road, ‘drinking’ and ‘dropping rubbish’.

Minh Tuan Nguyen (pictured), 20, spends more than two weeks every year turning the front of his house into a spectacular, synchronised light and music show 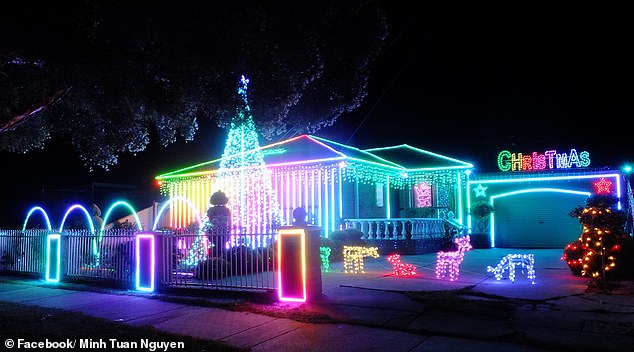 From around 8.30pm to midnight, more than 100 people descend upon the street. The 20-year-old plays 11 songs and people can tune in their car radios to listen in to the music

Ms Gotsis has since spent several thousand dollars on a fence to keep crowds of her lawn and she said the event ‘got really really bad’ after hitting Facebook.

Mr Nguyen has been running his show for the past five years and said he was initially inspired by watching other home light show videos online, set to Gangnam Style by South Korean popstar PSY.

His own light show only gained notable attention last year when popular Israeli psytrance duo Vini Vici shared a video of it on Facebook.

That video has now had more than 8.8 million views.

The local council are aware of Mr Nguyen’s light show and said the complaints they’ve received are ‘minimal’.

They said Mr Nguyen’s show is permitted providing the sound is at an agreed level and that signage is erected asking visitors to be considerate of neighbours. 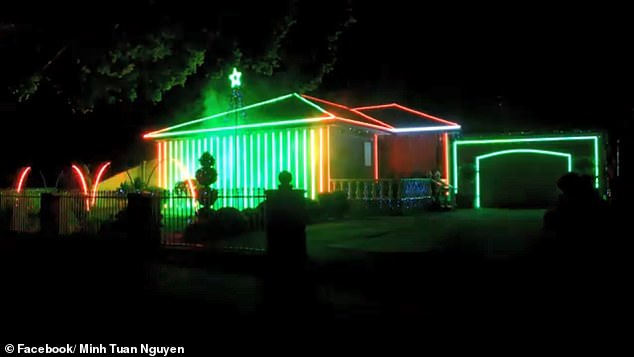 But with the crowds comes the chaos, and not everybody is as enthralled with Mr Nguyen’s work – one resident said the noise keeps his family awake at night 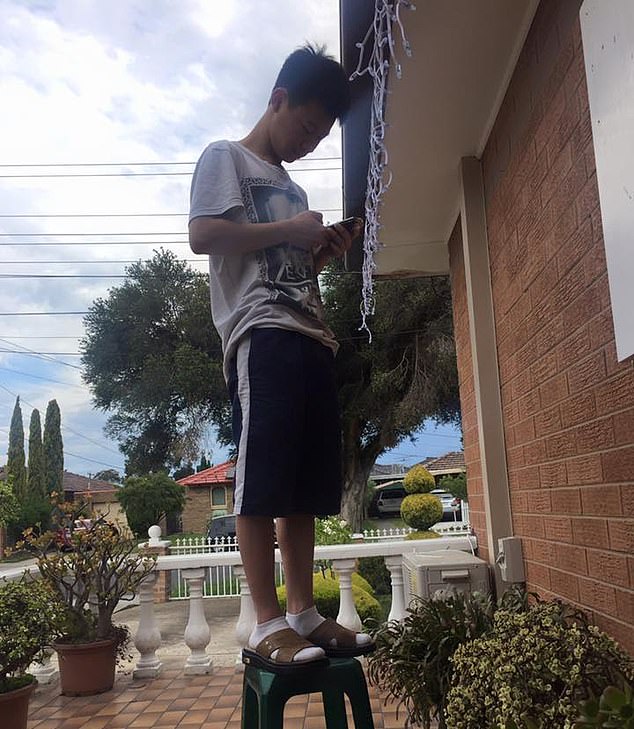 The local council is aware of Mr Nguyen’s show and said it is permitted, providing he abides by a number of conditions. My Nguyen has followed orders and also leaeves a bucket out to collect donations for the Make-A-Wish Foundation

My Nguyen has abided by these rules as well as leaving out a bucket for donations to the Make-A-Wish Foundation.

Plenty of people love the light show with some on Facebook commenting that the lights are better than those seen at light festivals.

‘This is legit I’ve been there and completely shocked the lights changing when the music plays,’ another wrote.

Several other neighbours have also praised My Nguyen’s show, calling it ‘beautiful’.

‘I have no issue with it, whatsoever – good on him,’ one said.

‘Our kids love it and he’s pretty smart to do all that himself.’

And if you’re wondering how he manages his electricity bill, Mr Nguyen said he pays less than $30 for the entire month of December as he uses energy efficient lights.

Many, however, love the show, calling it ‘beautiful’ and praising Mr Nguyen’s efforts