A woman has revealed how she overcame the eating disorder demons that have plagued her since childhood to become a personal trainer and health coach.

Convinced she was ‘chunky’, Lauren cut back on food until she was consuming a meagre 300 calories a day, and became so frail and ill she was forced to layer thermal tops under her pyjamas to keep warm, and developed lanugo – a fine layer of hair all over the body that is a side effect of anorexia.

The then teenager took up weight training in an attempt to become stronger and develop healthier routines, but at 17 began taking diet pills – a habit that would continue for a decade.

Lauren, who recalls her fear at developing brown patches on her back at her lowest weight, says it was ‘deciding to be happy’ that changed her life – and she’s now a holistic health coach and a qualified personal trainer.

Lauren D’Ambra, 34, from New York, weighed just 58lbs after she took her dieting to ‘extremes’ 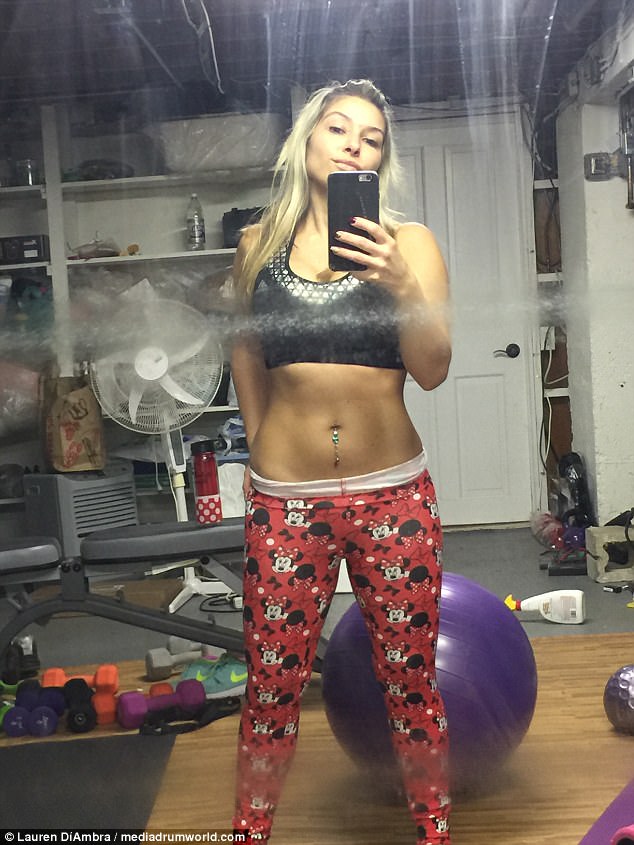 ‘It was before my 8th grade semi-formal and graduation, I was a little “chunky” I guess, even though I was always into sports.

‘I decided to try to eat healthier foods and exercise at home, on the treadmill and stair master. 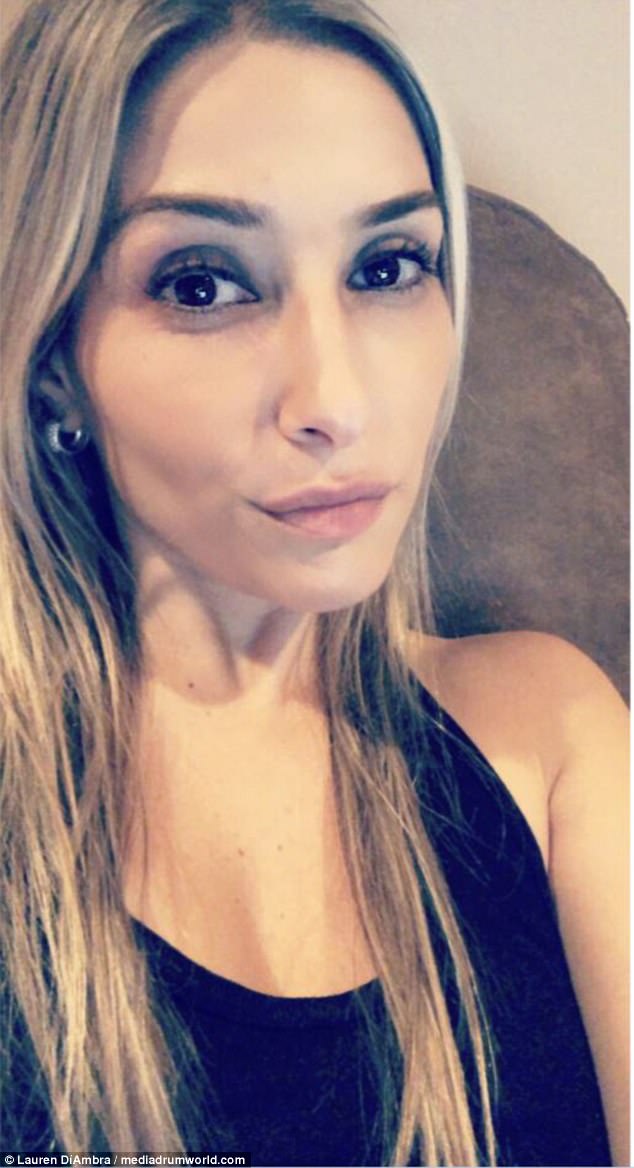 She now weighs a healthy 107lbs and five to six days a week, without counting calories

‘Except when I started to lose weight, started feeling better about myself, started getting compliments, I then began to take it too far,’ Lauren said.

‘There wasn’t anything major going on in my life at the time except graduating eighth grade to go on to high school, which wasn’t a big deal to me at the time as I was continuing on in school with most of my friends.

‘It just goes to show you how anorexia can start off so innocently. I just want to make it clear though, there obviously was something subconscious and deep-rooted going on that can make an individual take something to such an extreme.

‘While I couldn’t always pinpoint the exact, precise things, I knew I loved feeling good about myself and not self-conscious, and I was definitely getting attention – even though it was more negative because it was out of concern from family.

With the help of a nutritionist, Lauren began to introduce nutrient-dense meals into her diet 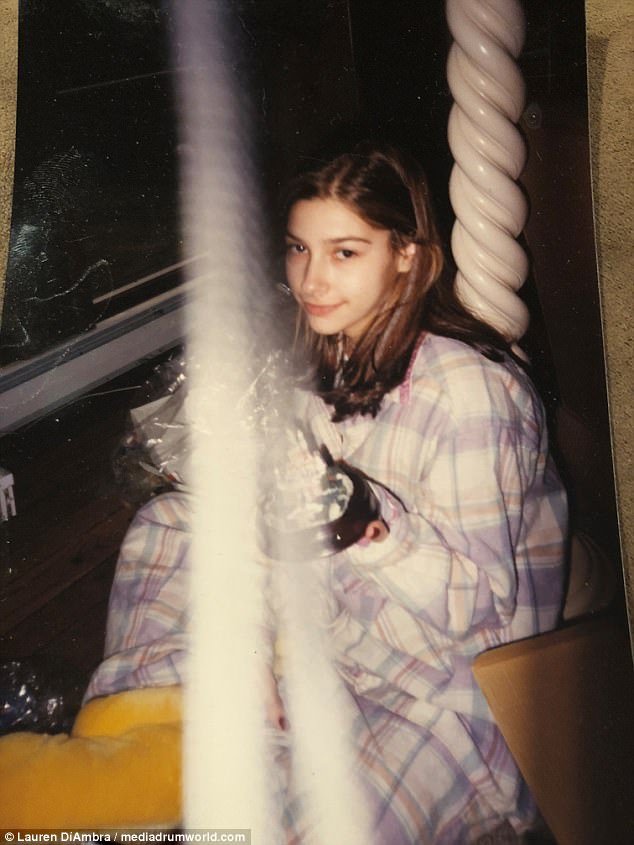 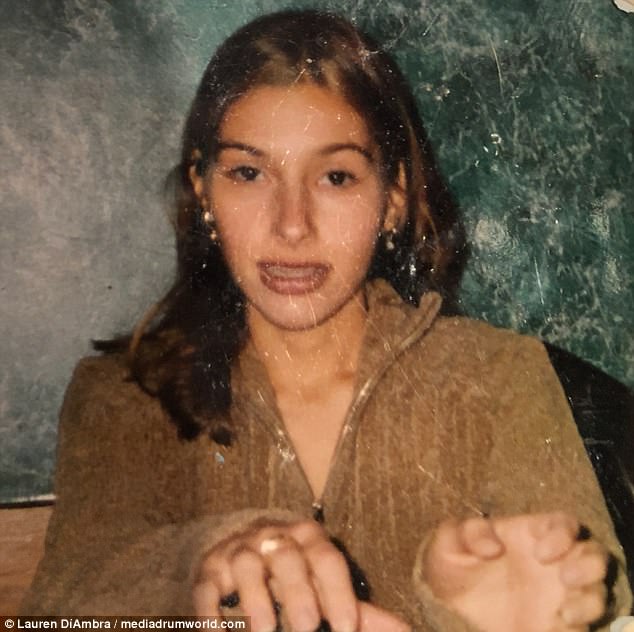 She developed lanugo, which meant she was covered in fine hairs all over her body – a natural process to keep the body warm

‘I was always feeling down. I had a low mood, there was little that made me happy. I felt so lost. I remember the fall and winter of 1997-8, I was wearing two layers of clothes under my pyjamas.

‘I wore a thermal top and trousers, a t-shirt on top and then the pyjamas. I was always so cold, and this was when I started to get lanugo; really fine, soft hair which is the body’s way of trying to protect itself and keep warm.

‘I was getting all of these brown patches on my back this time too,’ Lauren said.

‘I remember that starting to scare me a bit.

‘So, I decided I wanted to be happy. I was so down all the time. I also hated seeing my family, especially my mum, so worried and sad about me all the time. 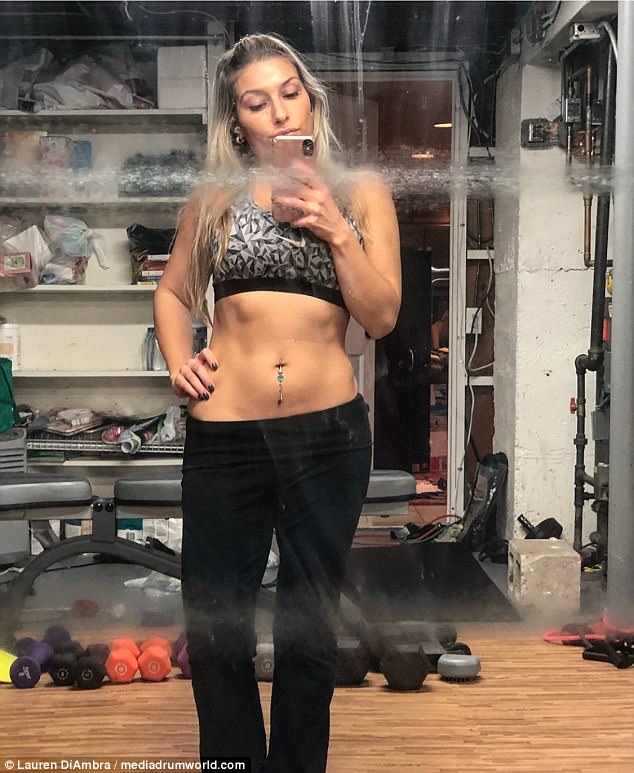 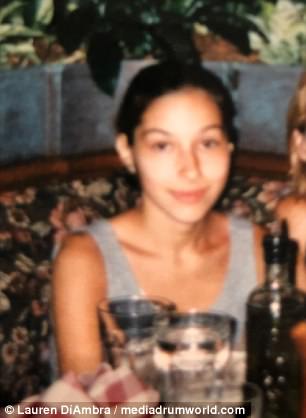 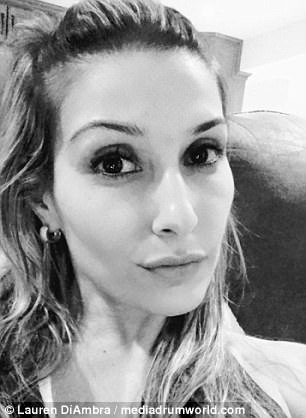 ‘Figuring out what was causing it all to happen was difficult. It was just such a low point of my life. I felt lost; finding your way in the midst of such mixed and confusing emotions is never easy.’

Getting into a regular eating pattern was difficult for Lauren, who says that making an effort to gain weight was a tough process.

‘I struggled a lot with the notion of gaining weight and how I would feel and look, but I was honestly so unhappy and looked so sick then,’ she said.

‘I started using diet pills at around the age of seventeen and was on them for almost ten or eleven years. All they did was give me fake energy from caffeine and stress my adrenal glands. 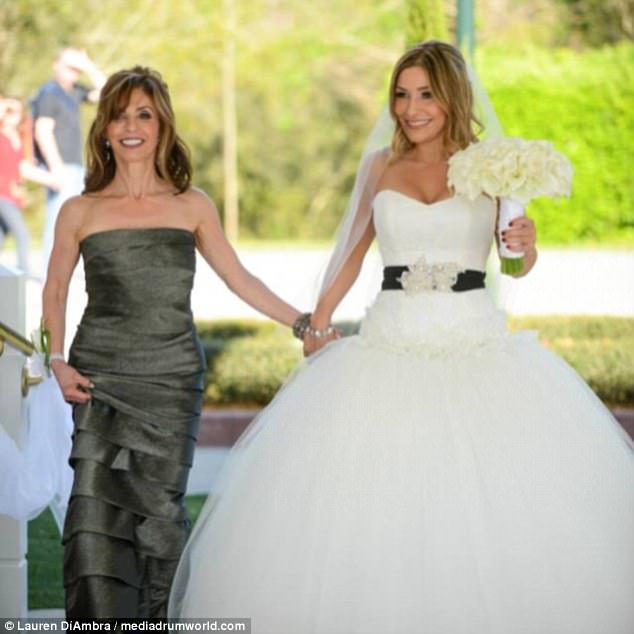 ‘My recovery has made me realise how strong and resilient I am – that there’s really nothing I can’t get through. I feel strong and empowered.

‘My friends and family are just amazed. They didn’t know how I would ever pull out of it. For me, it was a major empowering life lesson.

‘My healthy lifestyle began by slowly and steadily increasing my food intake with a nutritionist. I ate all healthy, nutrient dense foods.

‘I was never pushed to eat things that triggered any fearful or negative emotions. It was a very long and slow process. 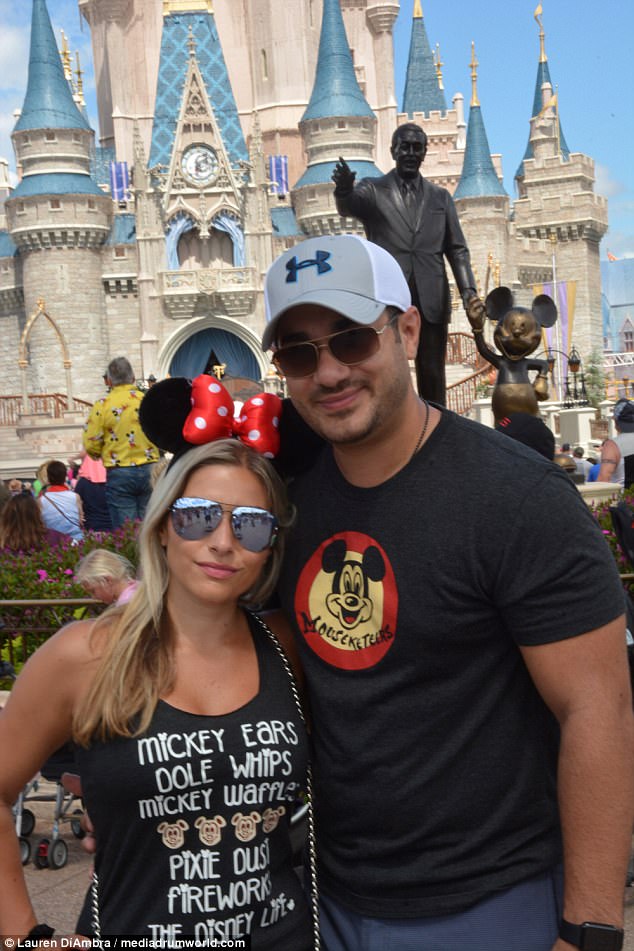 ‘When I was strong enough and gained enough weight, I started to walk either outside or on the treadmill. As time went on then, I increased my exercise and varied it.

‘I went through a period where I loved running – which I still do and the stress release from it helped me a lot.

‘Now, I don’t really count anything or track my food now. I eat a wide variety of healthy food and it must be stuff I like. I won’t eat things I don’t like.

‘For breakfast, I may have berries with a vegetable frittata and whole grain toast, for lunch, it may be a shake, dinner a big salad, roasted vegetables and fish. For my snacks, I would have nut butter on fiber crisps, homemade protein treats, yogurt and fruit. 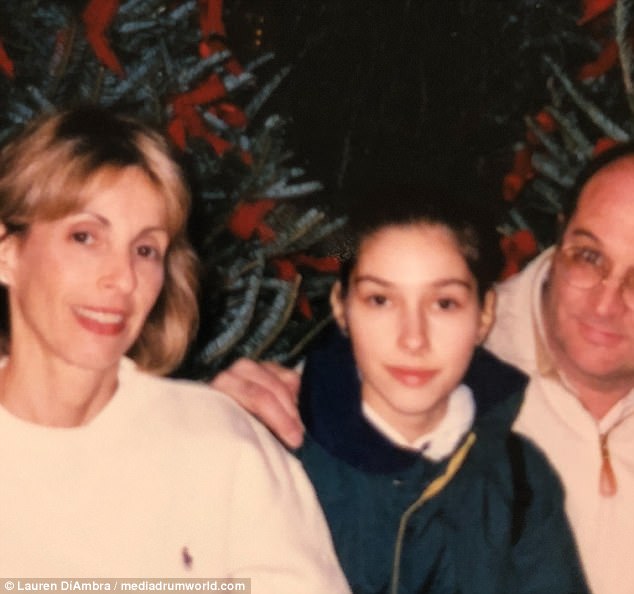 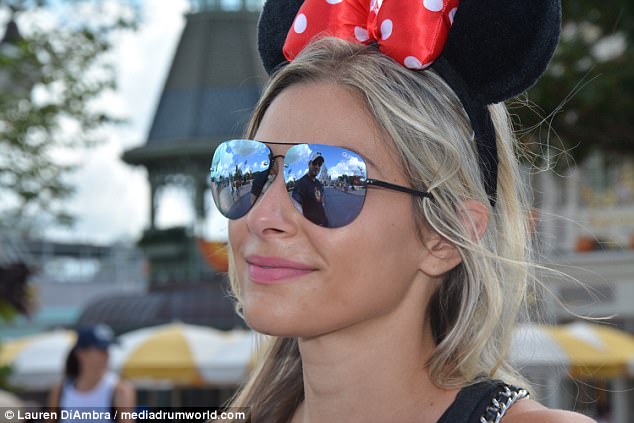 As for advice for other anorexia sufferers, Lauren said: ‘You owe it to yourself to live your best life’

‘What I would say to anyone suffering is, what is on the other side of this eating disorder is something more beautiful than you can ever even imagine. You owe it to yourself to live your best life,’ said Lauren.

‘This disorder is a part of who you are now, and it will always be. It’s part of your life journey but it doesn’t have to be your whole identity or control you.’ 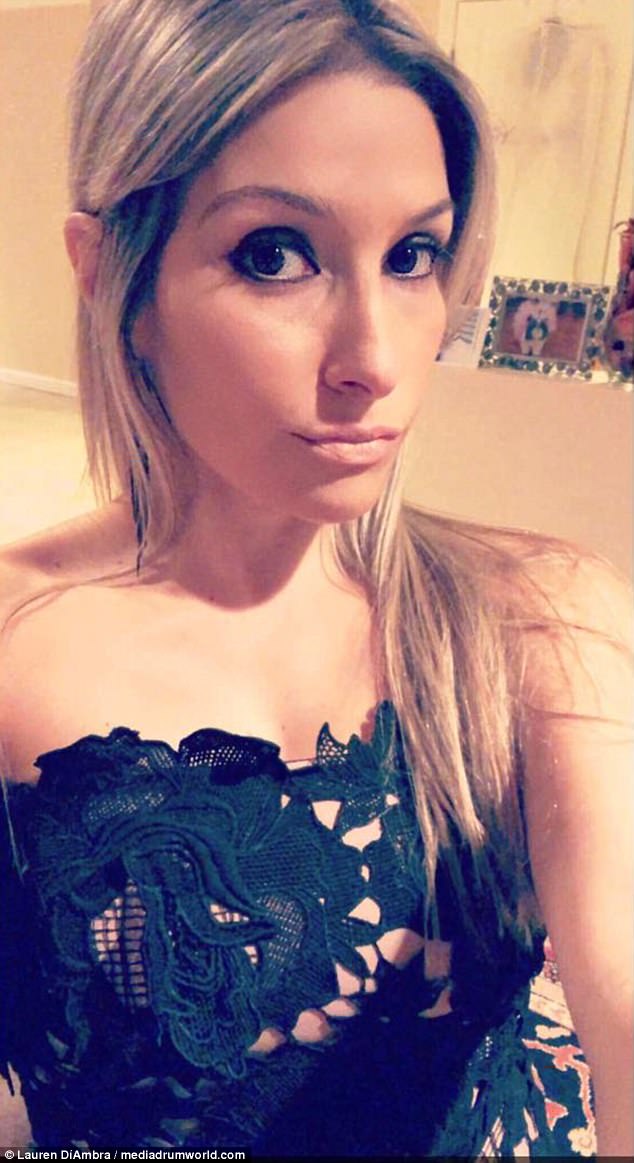