Another DeVos disaster as she is savaged by Democrats in Congress

Education Secretary Betsy DeVos faced blistering questioning from House Democrats on Tuesday as they confronted her on gun control, racism and LGBT rights.

DeVos’ testimony in front of the House Appropriations subcommittee got so tense that the Republican chairman made a point of thanking DeVos for her poise when he concluded the meeting.

DeVos, already reeling after a series of rocky, high-profile interviews, unveiled some details of a federal commission on school safety that she will be chairing.

The commission, formed after the Florida high school shooting in which 17 people were killed, will comprise herself as well as the heads of the Homeland Security, Health and Human Services and Justice departments.

DeVos said the commission will begin work within the next few weeks. A spokeswoman for DeVos later added that the panel will also involve students, teachers, law enforcement and mental health professionals as experts. 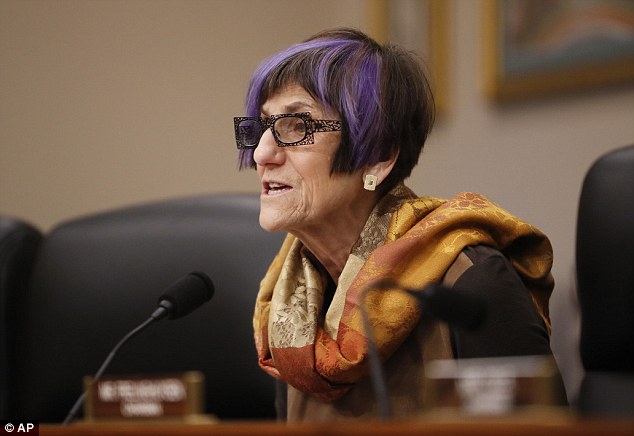 DeVos said the commission will, among other things, consider whether to ban gun sales to people under 21.

Trump initially spoke in favor of such a proposal, but backtracked on it after meeting with representatives of the National Rifle Association.

DeVos would not tell the subcommittee whether she personally supports the idea or not.

DeVos also defended states’ and communities’ rights to decide whether to arm teachers.

‘The question of school personnel being armed is very much one for local communities and states to grapple with,’ she said.

DeVos added, ‘If there are going to be guns in schools, they need to be in the hands of the right people, those who are going to protect students and ensure their safety.’

Patty Murray of Washington state, the top Democrat on the Senate committee overseeing education, was upset that DeVos did not include any Democrats or any experts in the subject matter on the school safety commission.

‘I am not very optimistic that that will accomplish anything,’ Murray told The Associated Press. ‘Real experience is absolutely critical to get anything done.’

The Obama administration issued guidance in 2014 that instructed schools to pay attention to the problem.

DeVos is now reviewing that guidance, and civils rights group fear she intends to rescind it. She would not talk about her plans at the hearing. 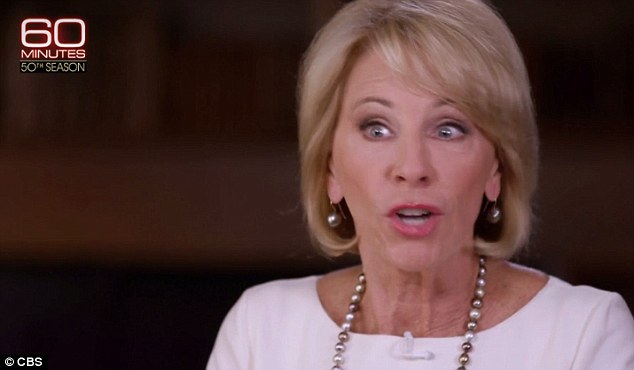 SCHOOLED: Education Secretary Betsy DeVos struggled on ’60 Minutes’ to answer questions about low-performing schools in her home state of Michigan 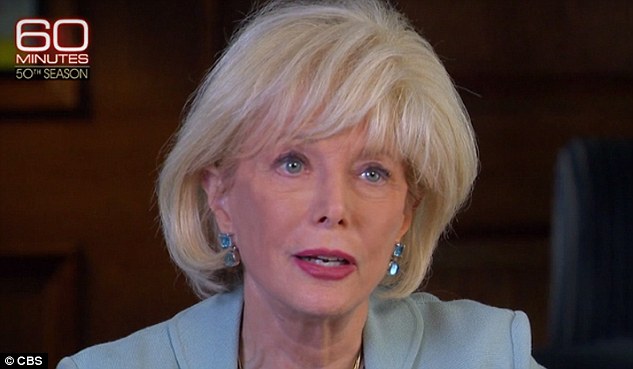 ‘Your head is in the sand about racial bias and racial discrimination,’ Lee said. ‘Madame Secretary, you just don’t care much about the rights of black and brown children. This is horrible.’

Rep. Katherine Clark, D-Mass., launched into a tense back-and-forth with DeVos on whether she would require private schools that receive federal funding to follow federal civil rights laws that prohibit sexual, racial and religious discrimination.

DeVos has been pushing to increase public funding of alternatives to traditional neighborhood schools — such as charter school or private school programs. Critics say private schools get to choose which students to admit and may discriminate against minorities.

‘Will you guarantee as secretary of education that that money is included with non-discrimination policies for those private schools?’ Clark asked.

‘Federal law must be followed when federal money is involved,’ DeVos said.

‘Is there some problem? Yes or no?’