The Home Office has been urged to take action after 86 migrants were picked up off the coast of Kent in just two weeks.

Some eight ‘migrants’ were picked up from a dinghy near Dover today, while 14 were detained on Thursday in two separate dinghies and a further 11 rescued by a French coastguard vessel.

Since November 3, there have now been 101 migrants – mostly claiming to be Iranian – who have been rescued or detained after being found in small boats or dinghies in UK waters in the Channel.

Tory MP for Dover Charlie Elphicke has now warned the French authorities and the Home Office must ‘do more’ to stop the crossings amid an unprecedented surge in recent weeks.

The eight migrants were brought into Dover after being picked up by the border force boat with the help of the french lifeboat, a french naval ship and the dover RNLI 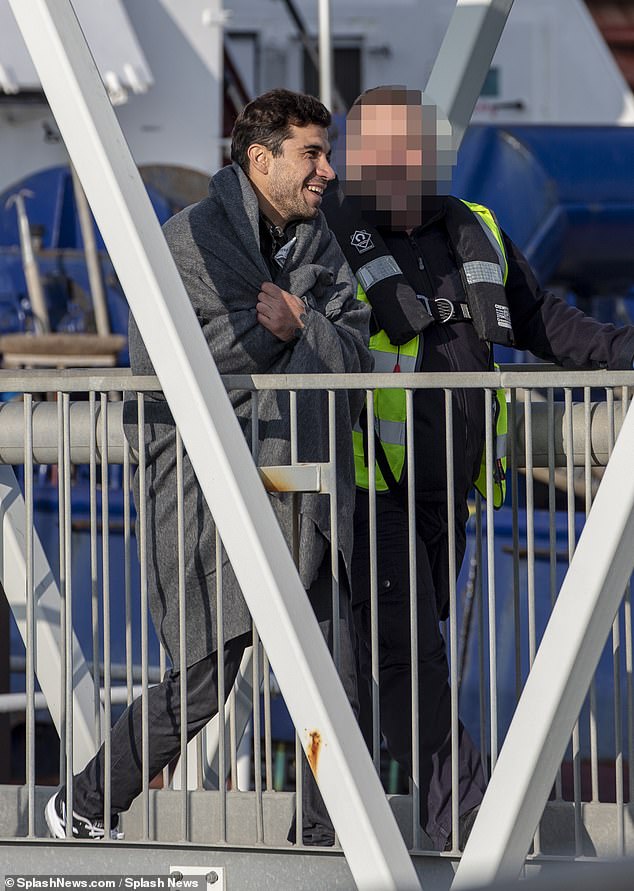 Some 101 migrants have been picked up off the UK coast in less than one months.

Here are the Channel incidents involving migrants on boats/RHIBs/dinghies since November 3:

November 3: 15 picked up in two separate dinghies (8 in one and 7 near Dover. One off the coast near the port and the other close to the beach.

November 9: Seven in a dinghy rescued two miles off Dover who dialled 999 to be rescued in stormy waters.

November 13: 17 people including a woman and boy aged four found in a stolen French fishing boat which was intercepted as it came into the entrance of the marina at Dover.

November 14: 24 found in one day. Nine on one RHIB, 10 crammed into a tiny fishing boat and five picked in a dinghy picked up by a tanker in the English Channel near Ramsgate and taken to Falmouth where the ship docked.

November 16: Seven found in a dinghy at Samphire Hoe near Folkestone.

November 18: Nine found on rocks at Folkestone after getting off a RHIB.

November 1: 21 Vietnamese found in back of a refrigerated lorry at Newhaven,

November 13: Seven found in the back of a lorry at Dover.

19.11.18: Migrant found dead under a bus at Eurotunnel terminal Folkestone.

A Border Force coastal patrol vessel was deployed after the group was sighted near Dover at about 7am this morning.

It brings the total of 86, mostly Iranians, have been caught by Border Force officials in just two weeks.

France has been accused of ‘turning a blind eye’ following a huge rise in the number of migrants entering Britain this month.

Mr Elphicke added: ‘The Home Office say they have stepped up patrols in the South East – yet clearly not enough is being done.

‘Even as winter sets in, these people remain determined to break into Britain. The numbers we are seeing are unprecedented and deeply concerning.

‘It’s clear that these crossings are being organised. The Home Office need to urgently step up efforts with the French to catch the crooks responsible.

‘The French cannot just turn a blind eye and say this is a problem for Britain. Lives will be lost if this trafficking network is not stopped in its tracks.

‘We need to see a more vessels patrolling the English Channel – and the Government must invest in more cutters and skilled officers at the Dover frontline.’

The migrants who arrived in the early hours of Thursday came in groups of seven on two dinghies.

The first group were intercepted by a patrol vessel off the Kent coast at 1.30am.

Police said the second group, who were spotted two and a half miles off Dover at 8.23am, were suffering from mild hypothermia. The engine of their dinghy was not powerful enough to make the 23-mile crossing unaided.

One possibility is that the group may have been dropped off in the dinghy under the cover of darkness from a larger vessel off the Kent coast.

It is the latest in a series of similar incidents which has seen children also being brought into the country.

A total of 33 boats have been reportedly stopped trying to cross the Channel this year – 20 of them since October 1.

French officials believe gangs are telling migrants Britain’s borders will be tightened once Brexit happens next March, so they must get into the country quicker. 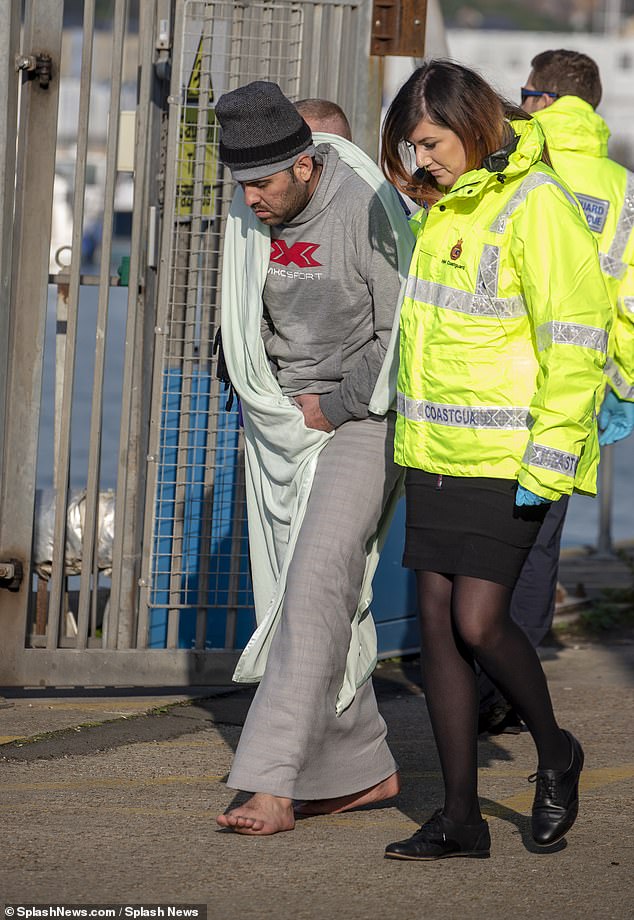 Ingrid Parrot, a spokeswoman for the French maritime police, puts the ‘worsening’ situation down to the people smugglers – who can makes thousands of pounds per journey – using Brexit as bait to get more migrants over quicker.

It is claimed that crossing the Channel will become more difficult after Britain leaves the EU.

Ms Parrot said: ‘We’re dealing with a situation that’s getting worse. We think they want to leave at all costs now because Brexit hasn’t yet happened.’

French authorities say they have rescued more than 200 people this year.

Retired coastguard Andy Roberts expects there will be deaths to deal with as weather conditions become more extreme.

He said: ‘This situation will go on and on and I expect there to be tragedies and deaths.

‘If a boat is crossing they could just run them over in a total accident but they would not even know what they would have done.

‘The numbers that are arriving are totally unprecedented. I imagine what has happened is the first few that arrived would have got a message back to say they’ve used a small boat and it’s possible.

‘They’re all getting more confident as they’re having more success. One of the reasons I believe we have not had a death yet is because they are mostly fit men arriving. We’ve had one child and a woman so far.’ 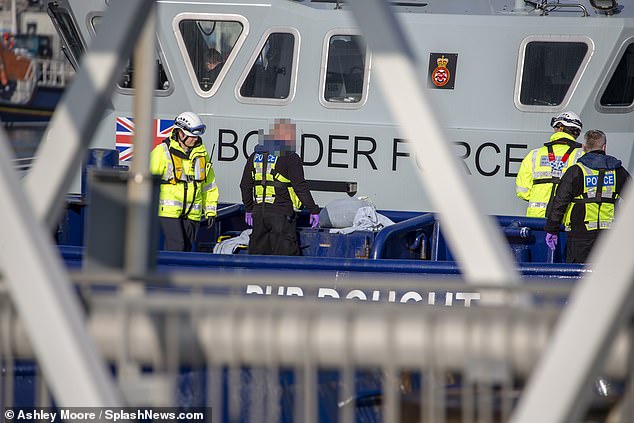 A Home Office spokesperson said: ‘Border Force was contacted by HM Coastguard at around 7.15am.

‘A Border Force coastal patrol vessel was deployed and intercepted a dinghy off the Kent Coast with eight people on board.

‘The dinghy and those on board were brought into Dover where they were met by Border Force officers.

‘The group consisted of eight men all of whom presented themselves as Iranian. On arrival all eight individuals were checked by ambulance staff but were found to be medically well.

‘They will now be transferred to Immigration officials for interview.’

A HM Coastguard spokesman said: ‘We can confirm we are assisting Border Force with suspected migrant activity but cannot comment further until the incident is complete.’