Sen. Bernie Sanders has jumped to the front of the pack in New Hampshire new polling shows, as voters will head to the polls in the Granite State in just two weeks.

A survey from NBC10, Franklin Pierce University and the Boston Herald has Sanders earning the support of 29 per cent of New Hampshire voters, with former Vice President Joe Biden now in second place with 22 per cent.

Sen. Bernie Sanders could be posed to win the New Hampshire primary again – as new polling shows that he’s pulled ahead of former Vice President Joe Biden, who previously led the pack of Democratic 2020 hopefuls 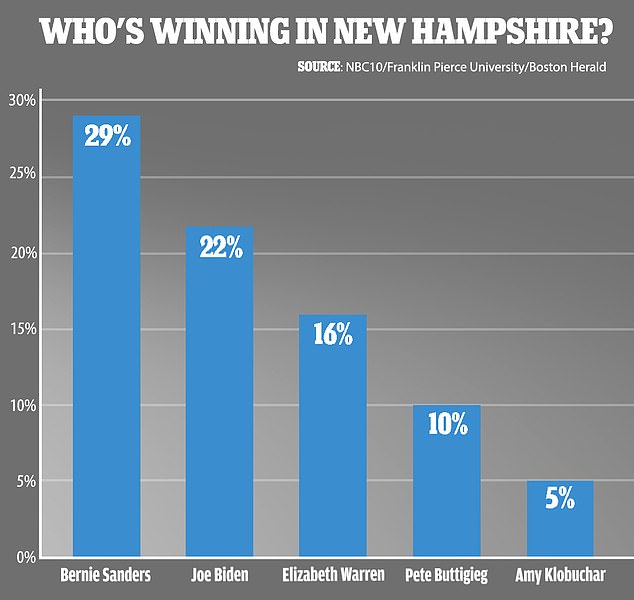 Sen. Bernie Sanders is leading the pack of Democratic hopefuls in New Hampshire, according to new polling. He won the state in 2016 over Hillary Clinton, in part because he represents neighboring Vermont 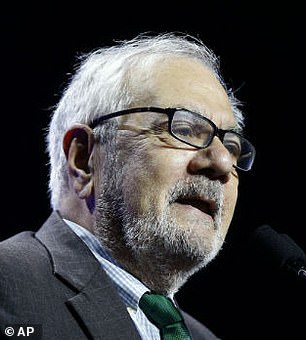 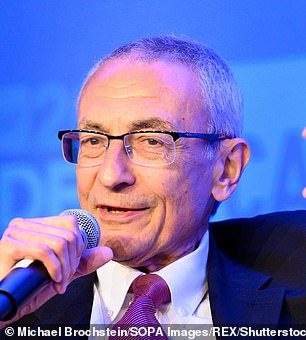 Some of those messages didn’t say nice things about Sanders, who ran against Clinton for the Democratic nomination four years ago.

She squeaked out a win in the first caucus state of Iowa, while Sanders won the New Hampshire primary, in part because of his neighbor status of representing Vermont. 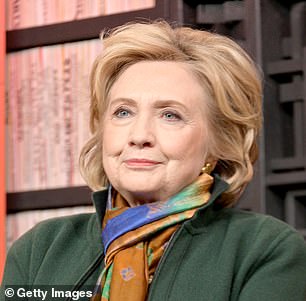 Allies of Sen. Bernie Sanders were not thrilled that two well-known Hillary Clinton (pictured) supporters were named to the Democratic National Committee’s rules committee for the 2020 convention

Frank, a former congressman from nearby Massachusetts, was so critical of Sanders during the 2016 cycle that it warranted a piece on Boston.com headlined: ‘Barney Frank has a lengthy history of hating on Bernie Sanders.’ That history, the story said, goes back more than a quarter century.

Frank was named a co-chair of the rules committee and Podesta will sit on that committee.

There will be 187 people total on that committee so those appointments represent a small fraction.

In an interview with Status Coup, she called the DNC’s choice an ’embarrassment’ and a ‘slap in the face,’ according to the Hill newspaper.

A number of Sanders supporters in 2016 claimed the DNC rigged the primary in favor of Clinton – including scheduling debates on nights when voters wouldn’t be watching.

This cycle, Sanders faced a medical emergency – a heart attack at the beginning of October – and has since mounted a comeback, boosted by high-profile progressive endorsements from ‘squad’ members including Rep. Alexandria Ocasio-Cortez.

The New Hampshire poll released Monday gives him a sizeable lead against Sen. Elizabeth Warren, who also represents the progressive wing of the Democratic Party.

She’s in third place with 16 per cent support.

Rounding out the top five are former South Bend Mayor Pete Buttigieg with 10 per cent and Sen. Amy Klobuchar with 5 per cent.

Sanders increased his support share by 7 points since October.