Ant McPartlin is downcast as he shoots Saturday Takeaway before arrest

Earlier this month, Ant McPartlin appeared glum and downcast as he was pictured shooting Saturday Night Takeaway segments just days before his arrest.

The embattled star, who was charged with drink-driving and has since returned to rehab, was seen on-set on Ham Common in south west London on 13 March – five days before he went on to crash his car in nearby Richmond.

Before the backdated images arose, it was revealed the scenes he was shooting will appear on this weekend’s widely-speculated show, which will see his co-star Declan Donnelly present the show by himself for the first time.

Appearing uncharacteristically glum, the duo were preparing to shoot scenes in a union jack emblazoned sports car for the segments of the otherwise-live show.

Both clad in all-clack, the long-time co-stars and best pals went stony-faced while filming the scenes ahead of the upcoming season.

Shortly before the images arose, it was revealed Ant will appear in new footage from the Saturday Knight Takeaway mini-series. Dec will present this week’s edition of the show solo for the first time after his presenting partner entered a treatment centre.

But the final, already recorded episodes of Saturday Knight Takeaway will be screened with Ant appearing in them, The Sun reports. 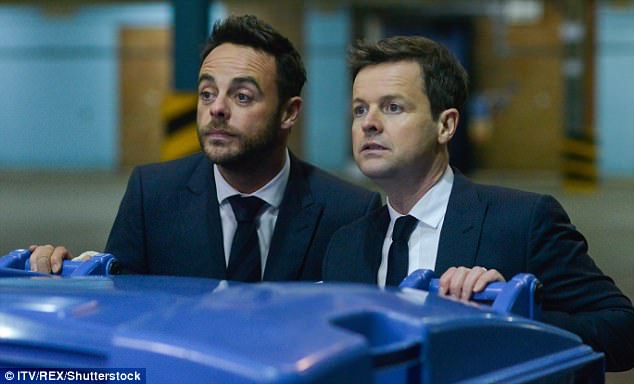 Tough times: The embattled star, who was charged for drink-driving and has returned to rehab, was seen on-set on Ham Common in south west London on 13 March – just five days before he went on to crash his car in nearby Richmond

Fans on Twitter expressed their delight at Ant’s return, with one saying: ‘Looking forward till Saturday and the return of Ant & Dec’s amazing show.’

Another said: ‘Looove Saturday Knight Takeaway!!! Cannot wait to see what happens next.’

While last weekend’s episode of Saturday Night Takeaway was cancelled as crisis talks continued, the final two shows will go ahead, it was confirmed by ITV and Dec last week. 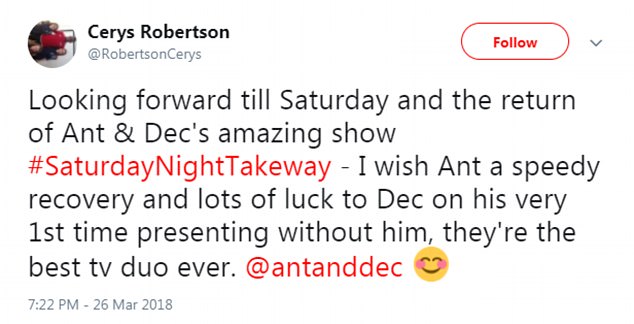 ‘Whilst I never thought I’d be in this position, after much discussion and careful consideration we’ve decided that the remaining two shows of this series of Saturday Night Takeaway will go ahead.

ITV were apparently affected by the decision not to air last weekend’s episode, with the broadcaster reportedly losing three million viewers after the show was replaced by The Voice on Saturday evening. 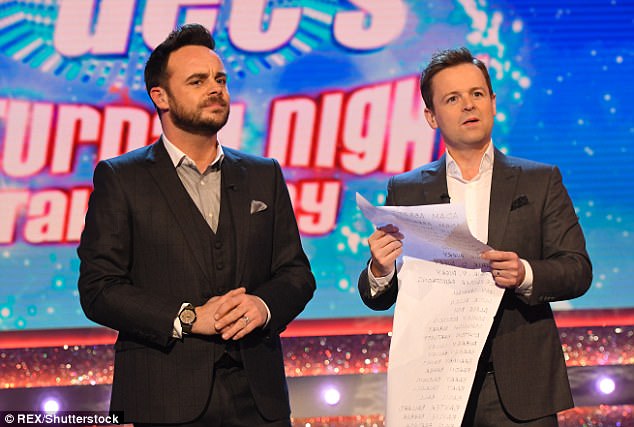 Finale: Hollywood stars are being lined up by ITV to stand in for embattled star Ant McPartlin during the finale of their flagship show Saturday Night Takeaway, it’s been reported