Ant McPartlin’s father pictured for the first time in years

This is the estranged father of Ant McPartlin who walked out on his troubled TV star son when he was just ten years old.

Ray McPartlin, 63, earns £15-an-hour as a heating engineer and still finds it too painful to talk about the bitter rift with his millionaire son.

Ray – who lives in a modest two bedroom property owned by the local housing association on shabby estate in Newcastle with his long-term partner Sheila Taylor – refused to comment on Ant’s rehab troubles when approached by MailOnline.

Ray McPartlin, 63, a heating engineer who earns £10-an-hour (pictured) is the estranged father of Ant McPartlin and walked out on his troubled TV star son when he was just ten years old 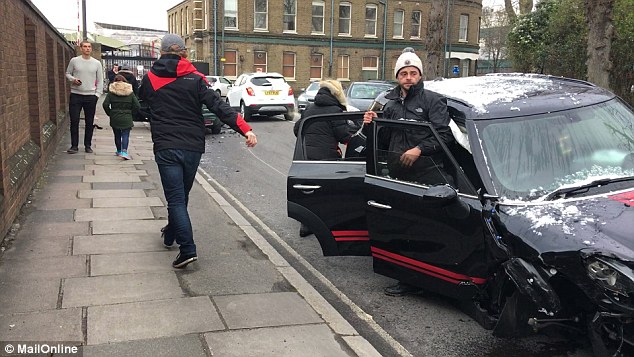 Ant, 42, has been charged with drink driving after crashing his Mini into a family’s car and injuring a four-year-old girl last Sunday. Ant has not spoken to his father Ray for many years 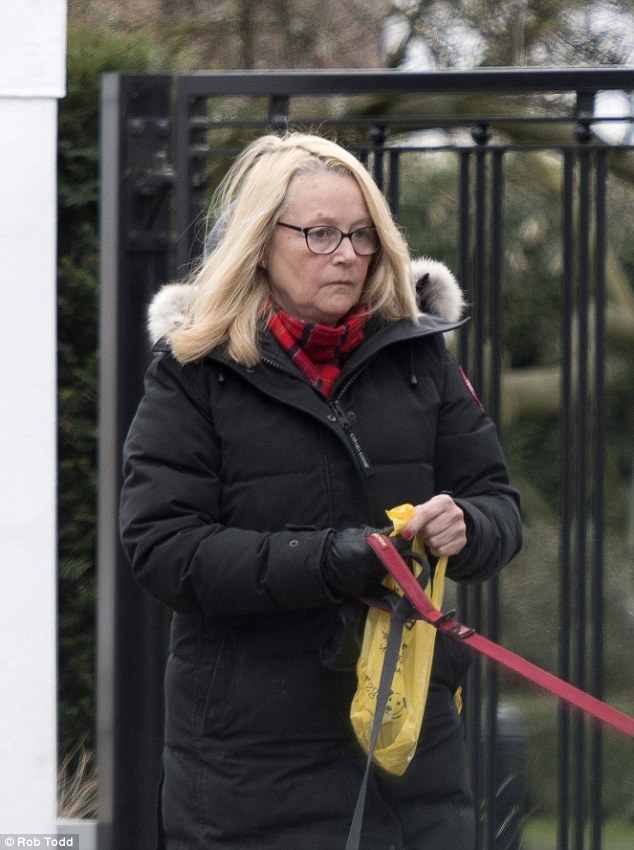 Ant’s mother Christine Woodhall (pictured) was with Ant in the car when he crashed last Sunday. Ray and Christine separated when Ant was still at school before finding fame on TV 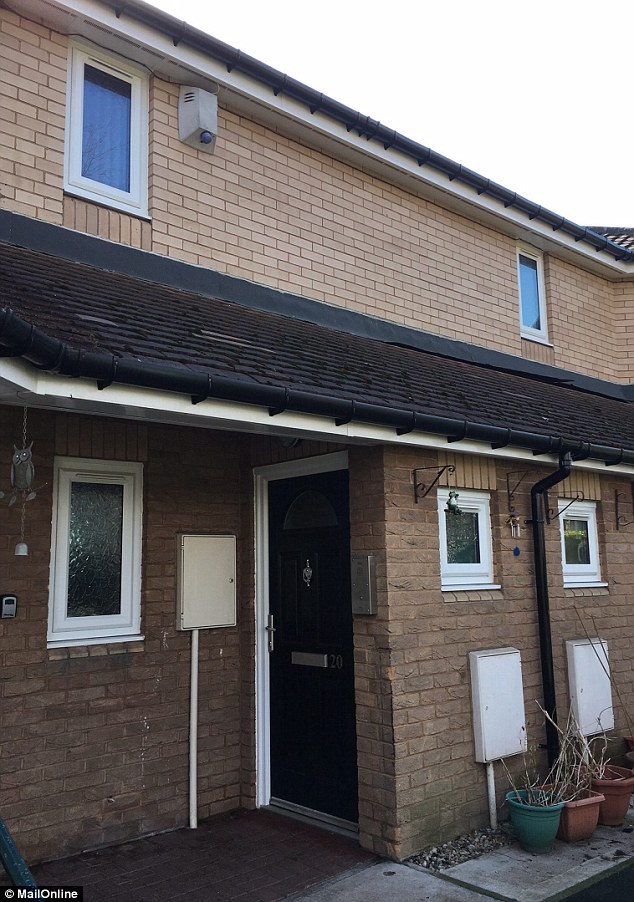 Ant and his father’s lives are worlds apart. Ray McPartlin lives in a modest two-bedroom property on a down-at-heel estate in his native Newcastle with his partner Sheila Taylor 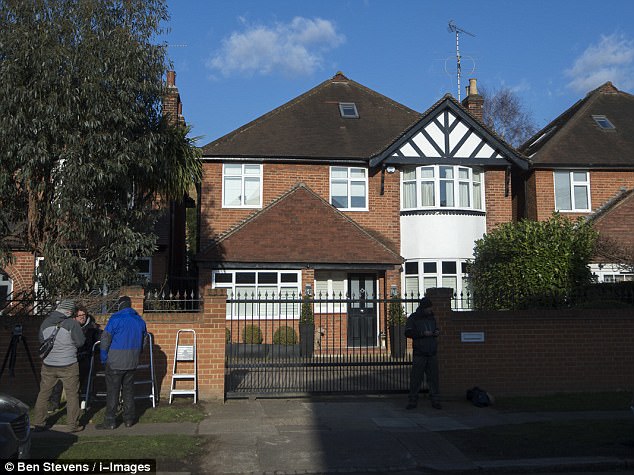 By contrast Ray’s TV star son Ant lives in this £1.6million home in Chiswick, west London, that he rents for around £6,000-a-month since he separated from wife of 11 years, Lisa Armstrong

He has barely spoken to Ant for years after he left the star’s mother Christine Woodhall when he was still at school.

Devoted Christine has been a permanent fixture in Ant’s life and was in the car with him last Sunday when he was arrested for drink driving.

She brought up the star and his two sisters Emma and Sarha as a single mother after divorcing Ray, who remarried.

Ray briefly tried to reconcile with Ant when he married Lisa Armstrong in 2006, but the star ignored his efforts to repair relations, according to relatives.

A source told MailOnline: ‘Ray and Ant haven’t spoken properly in years. Ray is very proud of his son and everything he has gone on to achieve. But their relationship has been strained for a long time.

‘I don’t think Ant has ever forgiven his dad for leaving him all those years ago and they are not close.

‘Ray did try to reach out to Ant before his wedding, but I don’t think Ant was interested in repairing the relationship with him. Too much has gone on.

‘Ant and his father lead very different lives. Ant’s down in London and has done very well for himself and Ray is up here. He works hard, but he doesn’t earn very much money.’

Indeed Ant and his father’s lives are worlds apart. Ant, 42, has amassed a £60million fortune thanks to his incredible on-screen success with Declan Donnelly.

He lives in a £1.6million home in Chiswick that he rents for £6,000-a-month. He owns a magnificent £5million property nearby in west London with his estranged wife Lisa, whom he is divorcing after 11 years of marriage.

The I’m a Celebrity host has gone back into rehab for a second time after crashing his Mini into a family’s car, injuring a four-year-old girl last Sunday afternoon. He was charged with drink driving and will appear at Wimbledon magistrates court on April 4. 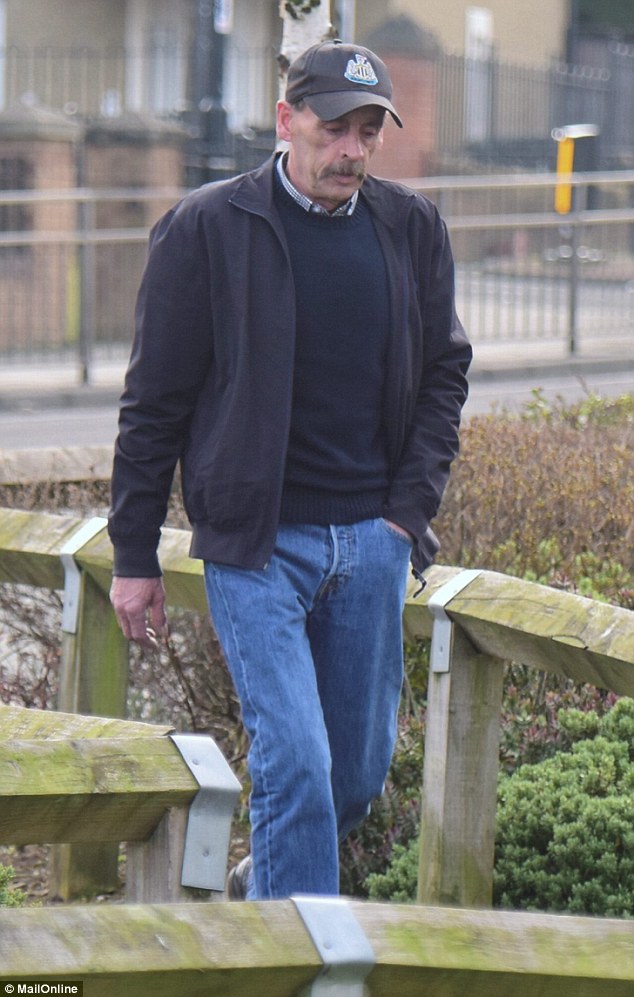 Ray McPartlin (pictured) has struggled with a strained relationship with his superstar son. The pair have barely spoken in years after Ray walked out on Ant and his mum when he was young 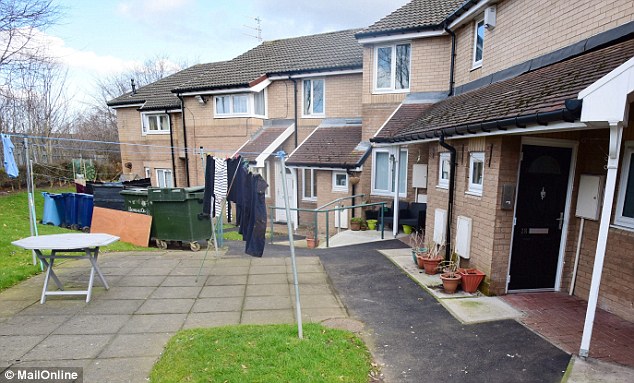 Neighbours at his housing association property say that Ray, a former pub landlord, works away a lot earning £10-an-hour as a gas pipe fitter for a heating engineering company 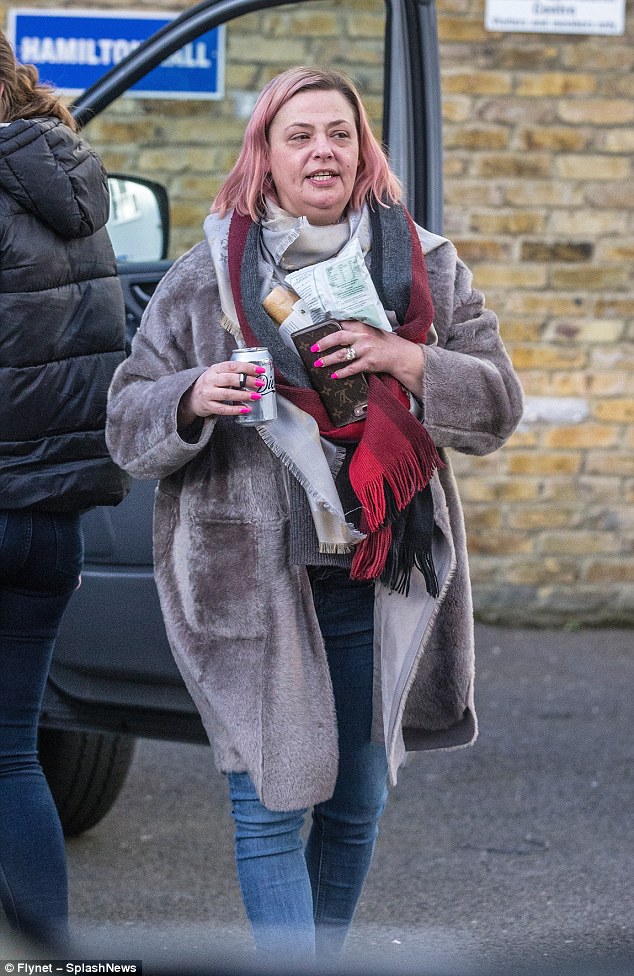 Ray reportedly tried to contact his son when he married make up artist Lisa Amstrong (pictured) in 2006, but Ant ignored his father and he was not invited to the lavish wedding 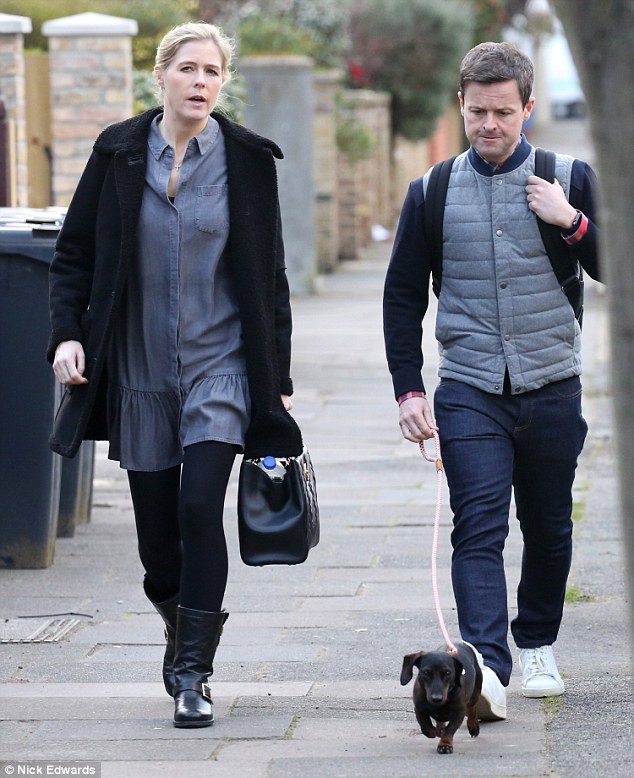 While Ant is struggling in rehab following his drink drive charge, his TV partner Declan Donnelly and his wife Ali Astall are celebrating the news that they are expecting a baby

Meanwhile life for his father, who was pictured on Saturday walking in the spring sunshine, is very different.

He lives in a shabby two-bedroom house on a down at heel housing estate in Newcastle that is run by the local housing association.

His modest red-bricked property overlooks, at the front, garbage bins full of rubbish and clothes hanging on the line to dry.

Ray works away during the week earning a little more than the minimum wage as a pipe fitter.

A neighbour revealed: ‘Ray is a quiet man and never talks about his famous son.

‘Ant never visits him here although he has been up to the neighbourhood in the past to visit a cousin.’

The neighbour said the family break up years ago had ‘a huge and significant impact on Ant.’

The neighbour added: ‘Everyone round here knows he’s Ant’s dad and I bet he watches his son on the telly. We all do. He’s great entertainment and we love him.’

She added: ‘Ray tried to make his peace with Ant years ago and got a message to him through work telling him: ‘It’s not too late to be your dad, son. But Ant didn’t want to know and told him a reunion would never happen. A boy needs a father figure, a role model, and I think Ray feels a bit guilty for not being there when he was growing up. He said walking out on Ant, his mum and her other kids had probably caused a huge and significant impact on Ant.

‘It didn’t stop him becoming a big TV star but it seems to have affected his emotional wellbeing.’ 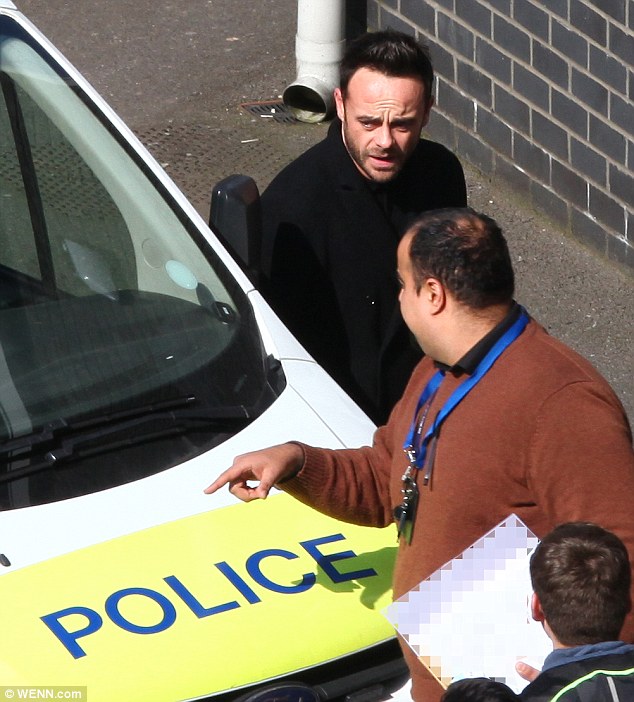 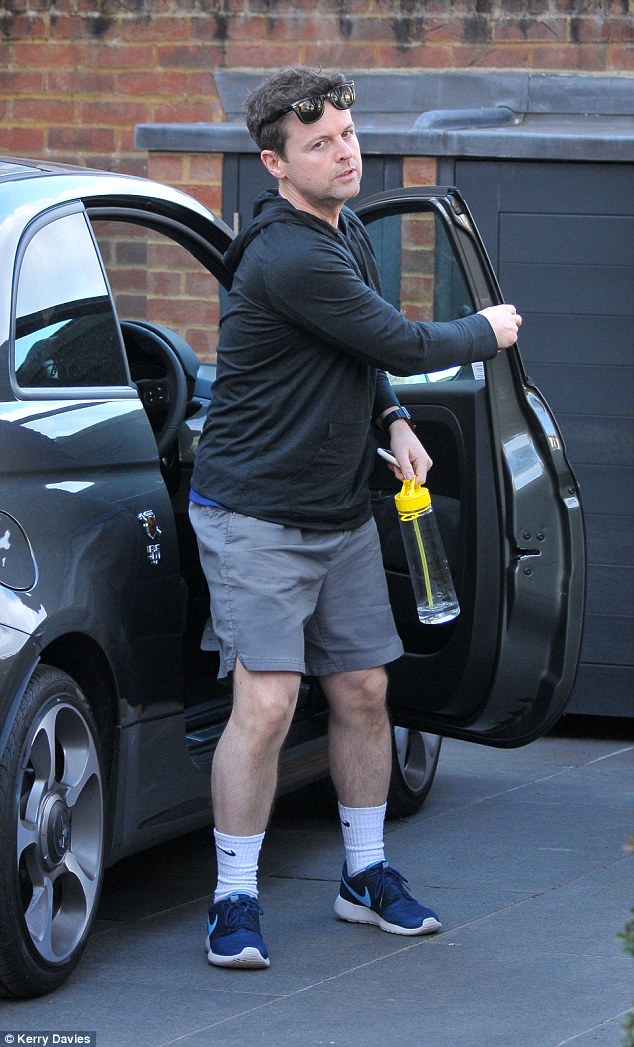 Another neighbour on the estate where he has lived for four years said: ‘He doesn’t want the limelight. He just gets on with his life as peacefully and privately as he can.

‘He works really hard, like 24-7, to make ends meet. He’s all over the place doing his job and often stays away in the week. We’re a close knit community here with some elderly and disabled people and we try and protect him, watch out for him. It’s not about Ant the TV legend, it’s about Ray McPartlin, a very ordinary fella whose getting on with his life. He works like crazy and sometimes we don’t see him for days.’

As a schoolboy Ant had helped care for his two younger sisters at their council home while his mother Christine held down three jobs to make ends meet.

His estranged father contacted him out of the blue in a bid to make amends before his wedding to make up artist Lisa but the star refused a peace offering.

Mr McPartlin’s neighbour said: ‘Ray had no idea how Ant would respond but when it wasn’t favourable he gave up. He’s a proud man and wasn’t going to beg and he definitely doesn’t crave the luxury lifestyle his son has.’