Some 50,000 people visited the inhospitable region last summer and the numbers have been increasing steadily along with the numbers of icebergs.

‘I wouldn’t want it being one of those [cruise ships with 1,000 passengers] if it strikes an iceberg.’ She told Sky News. ‘If you have a disaster in Antarctica, it has every, every, potential to become a disaster of unedifying proportions.’

Penguins on the island of south Georgia, Antartica, as a cruise ship carrying tourists makes it way through the sea 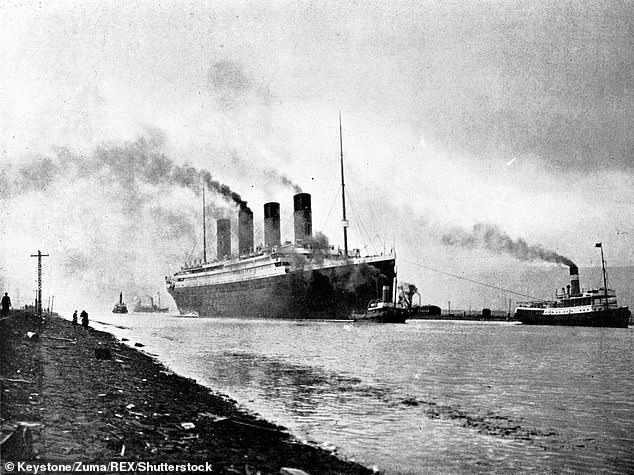 The RMS Titanic begins a day of sea trials. In the early hours of April 15, 1912, the vessel struck an iceberg on its maiden voyage from Southampton to New York. More than 1,500 died in one of the worst peacetime maritime disasters in history

The Antarctic Peninsula is the fastest warming place on the planet and Ms Nichol said it requires highly skilled captains to navigate through the waters, with many routes often obstructed by hulking icebergs.

She told the broadcaster: ‘It is they who make the decisions on the safety of landings, and navigation. The visitors safety is in their hands, so their experience and qualifications need to be at the highest level.’

Although travel is regulated by treaty there are no specific limits to numbers.

UKAHT has launched a cultural and educational program for the Peninsula region, where most tourists travel to, and offers its own tours. 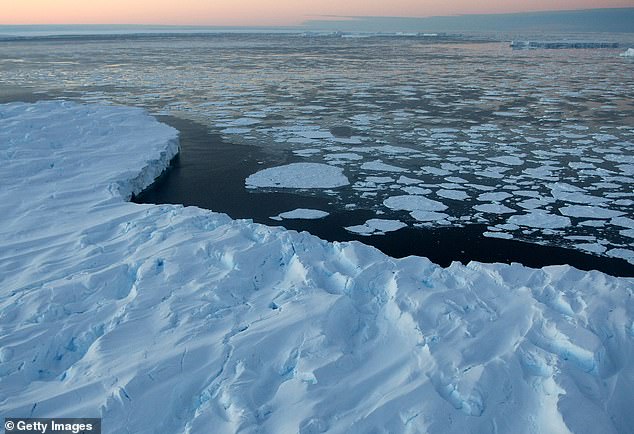 Giant tabular icebergs are surrounded by ice floe drift in Vincennes Bay, Antarctica. The continent is the fastest warming region on the planet which causes hulking icebergs to break off

Attractions include the penguins’ colony, the British science base, as well as the Ukrainian science station which offers a free shot of vodka for visitors willing to leave their bra behind the bar.

There are some 30 countries with 82 research facilities on Antarctica.

The 1961 Antarctic Treaty aims to set aside the region for science and has banned military operations there.