The man expected to assume the Labor leadership recently favoured weakening border control and was once a student radical.

The 56-year-old member for Grayndler, in Sydney’s inner-west, and other left-wing frontbenchers Tanya Plibersek and Penny Wong voted against a Right faction motion to be tough on illegal maritime arrivals.

‘For me, that was something that I couldn’t support,’ he told ABC Insiders host Barrie  Cassidy, a former Labor press secretary.

‘But in the context of the policy, I said earlier on in the week that you could be tough on people smugglers without being weak on humanity.’

While Mr Albanese has styled himself, in recent days, as politically centrist, earlier this month he posted an Instagram image of himself with Britain’s hard-left Labour leader Jeremy Corbyn.

During his days as an economics student at the University of Sydney, during the early 1980s, he was suspended for breaking into the campus clock tower, with an image of this protest appearing in The Australian.

Retiring hard-left New South Wales Labor senator Doug Cameron has suggested the Opposition under Mr Albanese needed to focus on being a progressive political party instead of being more conservative to win the next election. 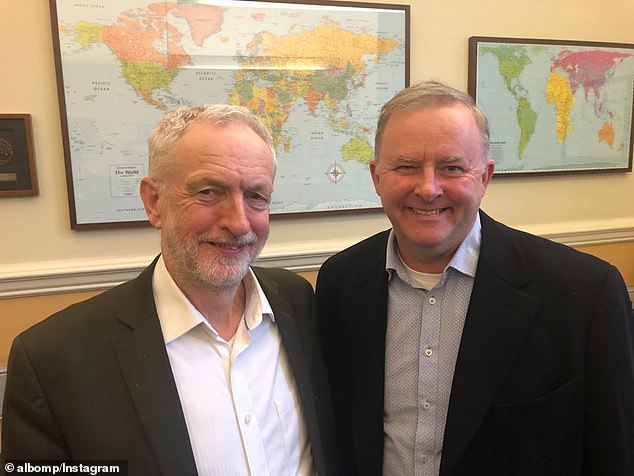 While Mr Albanese has styled himself, in recent days, as politically centrist, earlier this month he posted an image of himself with Britain’s hard-left Labour leader Jeremy Corbyn

‘Of course the party has to be progressive,’ he told Daily Mail Australia on Friday.

‘Progressive is progressive. That means it’s going to be good for working people.’

Former federal Labor leader Mark Latham clashed with Mr Albanese on border protection when he was in Parliament and said the ALP’s new leader believed in open borders as an article of faith.

‘Understand this, Albanese in particular, is fanatical about open borders,’ he told Daily Mail Australia.

‘He thinks it’s an article of faith that you can’t be kind to people unless the boats sail and he’s learnt nothing from the tragic drownings.’ 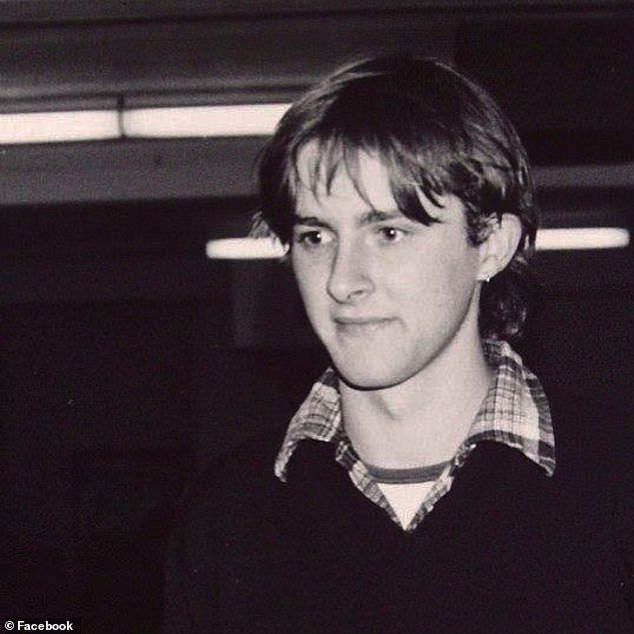 During his days as an economics students at the University of Sydney, during the early 1980s, he was suspended for breaking into the campus clock tower

Refugee Action Coalition spokesman Ian Rintoul, however, was critical of Mr Albanese for changing his position on boat turn backs in 2018, even though he had previously fronted their rallies in favour of removing asylum seekers from Nauru and Manus Island in Papua New Guinea.

‘He wanted to bring himself in alignment with the right-wing of the party in favour of offshore detention,’ he said.

When Labor was last in government in 2008 left-faction MPs, including Mr Albanese, lobbied former prime minister Kevin Rudd to overturn the offshore processing of asylum seekers.

The policy change also coincided with the deaths of 48 people, mainly asylum seekers from Iran and Iraq, as their boat sunk and washed on to cliffs at Christmas Island in December 2010. 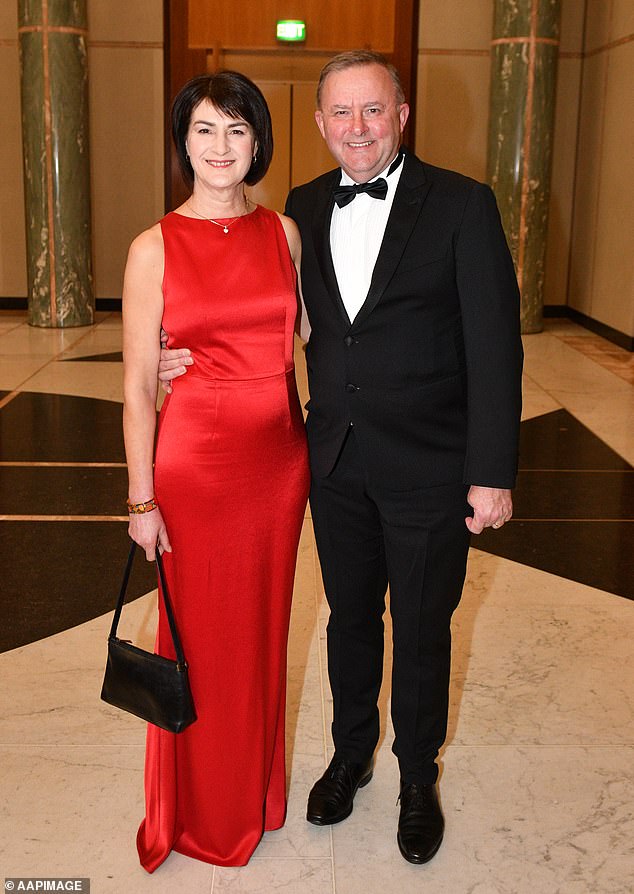 Former West Australian Labor senator Joe Bullock, who is now a Liberal Party member in Tasmania, said Mr Albanese would need to resist his own Left faction to thrive as Opposition leader.

‘Crazy people push for crazy policies. It will be up to the leadership and to the caucus to resist the craziness,’ he told Daily Mail Australia.

However Mr Bullock, who quit the Senate in 2016 over Labor’s support for gay marriage, said Mr Albanese was likely to be politically pragmatic.

‘Albo’s an instinctive lefty but he’s not stupid,’ he said. ‘I have a respect for Albanese.’

‘The further left the Labor Party goes, the less likely that is,’ he said.