By Tess Ikonomou In Dubai For Australian Associated Press

Australia’s sense of order and its values of democracy must be defended, Anthony Albanese has declared.

The prime minister visited Australian troops serving in the Middle East ahead of his week-long European trip, which includes the NATO Summit in Spain before travelling to Paris.

He touched down at the Al Minhad operating base in the United Arab Emirates on Monday morning local time, where he met with defence force personnel and Australian embassy staff at Camp Baird.

The base was the site where at the highest point, 2750 Afghan evacuees were processed following the US withdrawal of Afghanistan, and the fall of Kabul to the Taliban in August last year. 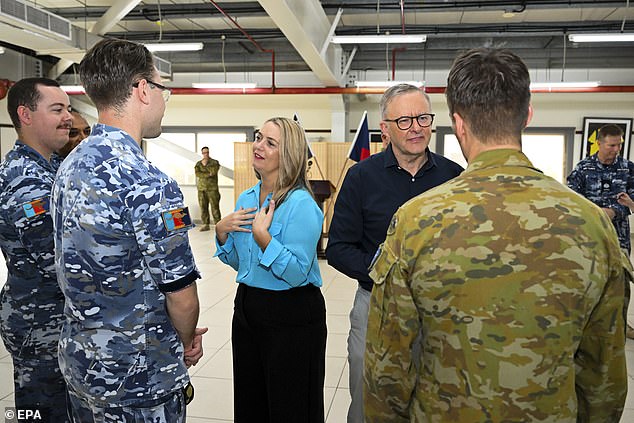 Speaking to about 30 troops, Mr Albanese thanked them for their service in keeping the nation safe, and said Russia’s invasion of Ukraine was a ‘reminder of the unsafe world we live in’.

‘Our values of maintaining international rule of law, maintaining a sense of order in the global environment is one that can’t be taken for granted,’ he said.

‘It does have to be defended, and those of us in political life are humbled by the knowledge that it’s defended each and every day by our men and women in uniform.’

Mr Albanese spoke of a group of six young Afghan women who were living together in a house in his Sydney electorate after having been settled.

‘They will make great Australian citizens,’ he said. 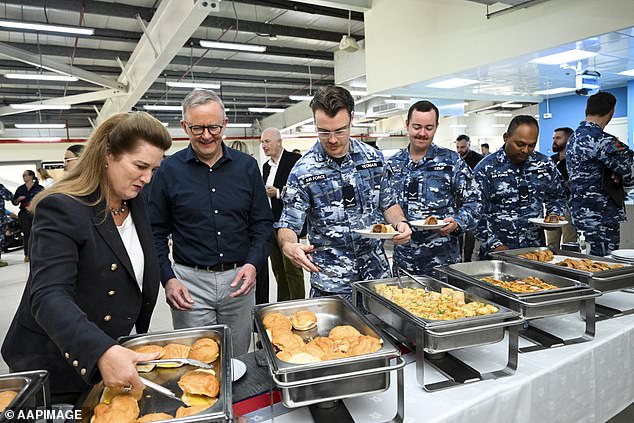 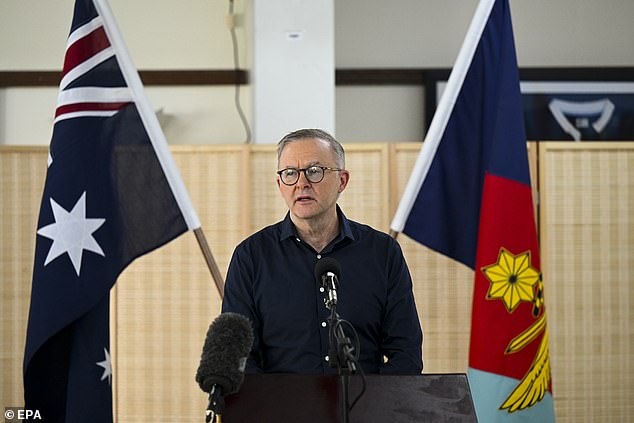 He praised the women for their volunteer work in packing food hampers for those in need.

‘These women have nothing, but what they have is their integrity,’ Mr Albanese said.

‘What they have is their lives and their values, and they will be great assets to Australia.’

About 50 Australian Defence Force personnel are serving at Camp Baird, which plays a ‘critical role’ for Australia’s presence in the region, the prime minister said. 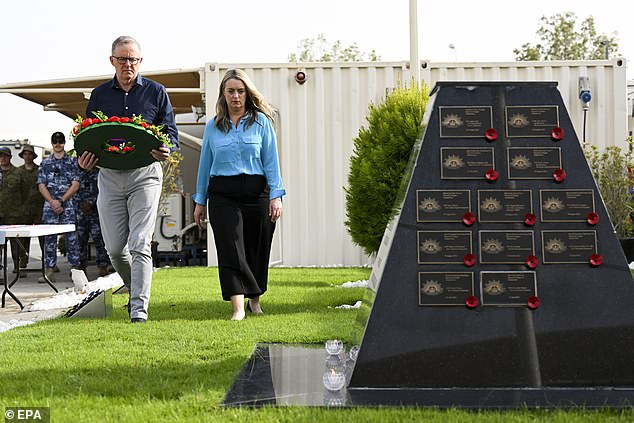 Mr Albanese then spoke with individual personnel gathered for breakfast at the mess, before taking a group photo with them.

Australia’s Ambassador to the UAE Heidi Venamore prepared a bacon and egg roll for the prime minister.

Earlier, upon arrival at the base, Mr Albanese and his partner Jodie Haydon laid a wreath at the memorial for Australians who had been killed while serving on Middle East operations.

The sombre pair was watched on by more than a dozen Australian troops in attendance. 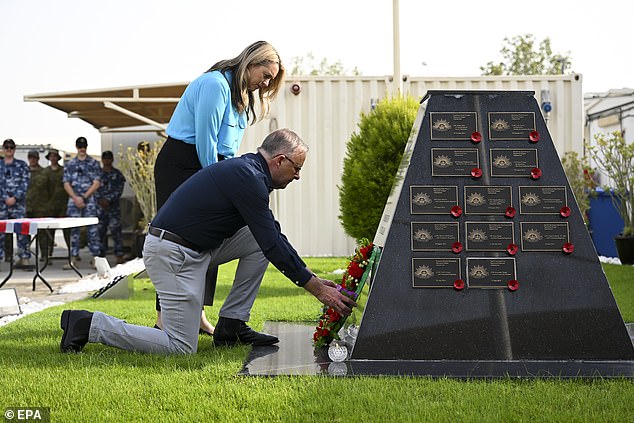