Australia’s ‘First Lady’ Jodie Haydon has given herself a $10,000 wardrobe update after being thrust into the spotlight when her partner Anthony Albanese was elected Prime Minster.

Since her boyfriend of two years was voted in as leader of the country in May, Jodie, 43, has given her style a chic makeover, adding custom-made dresses and designer pieces worth up to $2,300 to her wardrobe.

Unlike some of the US’s official first ladies like Melania Trump and Michelle Obama who have landed themselves in hot water for wearing extravagantly-priced pieces, Jodie’s fashion budget is comparatively modest and, the Labor Party recently confirmed, is not footed by taxpayers.

Anthony Albanese’s partner Jodie Haydon has given her style a chic $10,000 makeover, adding a collection of Australian designer dresses to her wardrobe

Amid the rising cost of living, Melania was slammed for donning a Dolce and Gabbana jacket worth more than $51,000 – more than many working Americans make in a year.

The PM’s girlfriend has taken a more restrained approach to her fashion makeover than her American counterparts and is picking up the tab herself.

Jodie seems to be favouring Australian designers like Karen Gee and Carla Zampatti and has been spied in their pieces multiple times during public appearances.

Karen Gee confirmed Jodie was wearing one of her $1,800 custom-made ‘Leader’ dresses to Queen Elizabeth II’s funeral on Instagram. 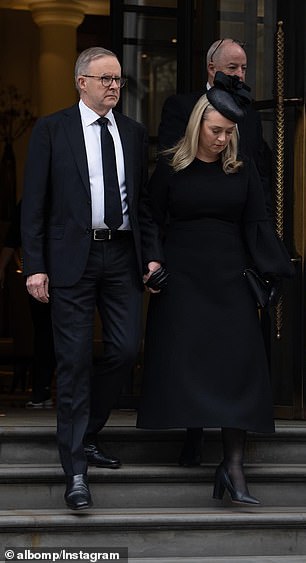 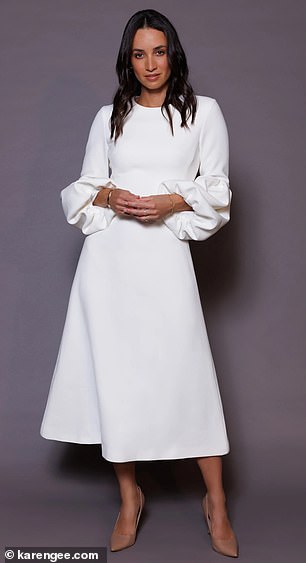 ‘Thank you again for giving me the privilege of wearing an Australian made and designed piece like this for such an important occasion. I felt so proud to be wearing it,’ Jodie replied in the comments.

Following the Queen’s death, Jodie looked stylish in a matching blazer and trousers by iconic Australian fashion house Carla Zampatti while signing a book of condolences at Lancaster House in London. 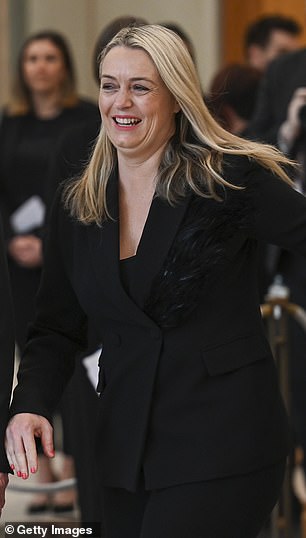 Following the Queen’s death, Jodie looked stylish in a matching blazer and trousers by Carla Zampatti while signing a book of condolences at Lancaster House in London

Jodie opted for another made-to-measure $2,300 Karen Gee dress when meeting French President Emmanuel Macron and his wife Brigitte back in July

Jodie also opted for Karen Gee when meeting French President Emmanuel Macron and his wife Brigitte in Paris back in July.

Laughing and smiling with the French First Lady, Jodie looked vibrant in a hot pink ‘Nearby’ dress with shoulder pads, a V-neck and a pleated skirt by the Aussie label which retails as $2,300 made-to-measure. 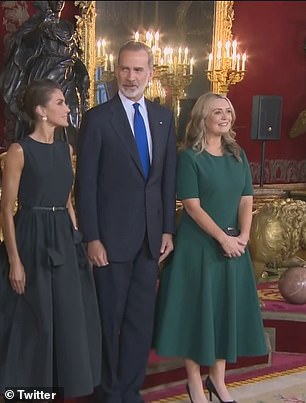 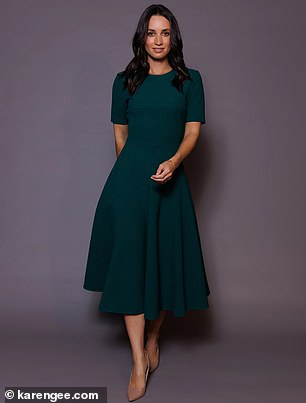 At a dinner during the NATO Summit in Spain, Jodie looked classy in a simple-yet-chic forest green ensemble another Karen Gee dress costing $1,600

Speaking to news.com.au Vogue Australia editor Edwina McCann commended Jodie’s efforts to showcase Australian designers and said she is doing a ‘really good job’ at dressing appropriately for her new role in the public eye.

‘She doesn’t have the assistance of a big office, the stylists, as the First Lady in the US absolutely does,’ she said.

‘I think it can be very intimidating. I know that other partners of prime ministers have felt that it really was almost part of the job that they didn’t sign up for, that they had to be a clothes hanger on top of everything else.’ 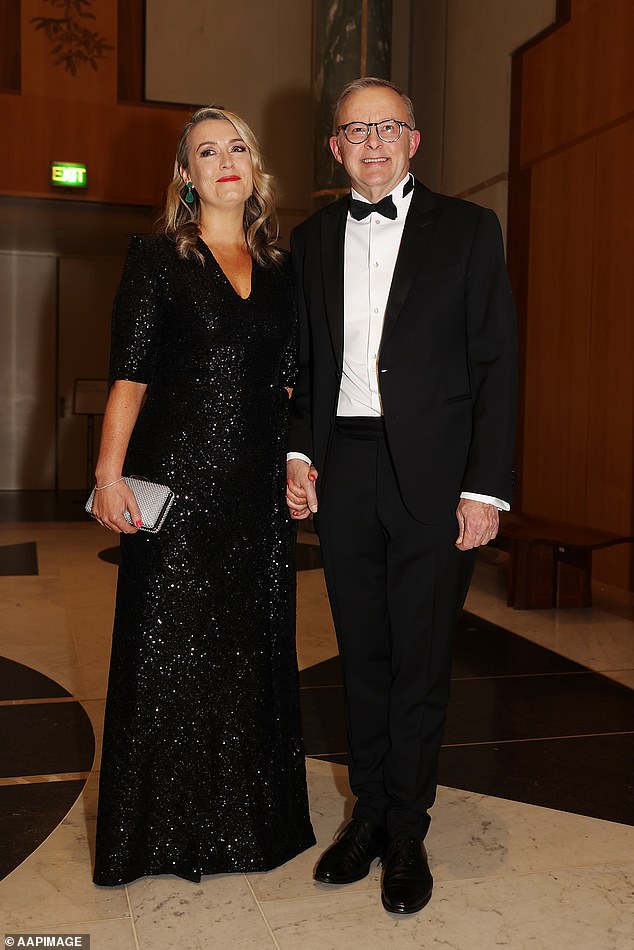 At a dinner during the NATO Summit in Spain, Jodie looked classy in a simple-yet-chic forest green ensemble another Karen Gee dress costing $1,600.

Edwina said she ‘loved’ Jodie’s sequin gown she wore to the Midwinter Ball saying she looked ‘highly appropriate and elegant’ and guessed she was working with a seamstress as the number fit her well.

‘It’s always been fascinating if people come into those roles with a natural kind of interest in fashion. Quentin Bryce was a good example. Julie Bishop, obviously, was fashion obsessed, really. I think they enjoyed the process,’ she said.