Anthony Bourdain’s prized possessions are being sold along with his estate to raise money for his family and a scholarship created in his honor.

He spent the latter half of his life traveling the world eating delectable meals,  collecting a few select mementos, new friends, and memories shared with the adoring audience of his hit CNN show along the way.

Now an estimated 200 of Anthony Bourdain’s prized possessions are being sold along with his estate to raise money for his family and a scholarship created in his honor.

Auctioneer, Lark Mason of Lark Mason Associates is selling the collection on iGavelAuctions.

Sixty percent of the auction proceeds will go to Bourdain’s wife, Ottavia Busia, and daughter, Ariane. The other 40 percent will be donated to a new scholarship created in Bourdain’s name at his alma mater, the Culinary Institute of America in Hyde Park, New York, about 78 miles up state from New York City.

The scholarship’s recipients must either spend a semester abroad or study international topics as Bourdain once did. 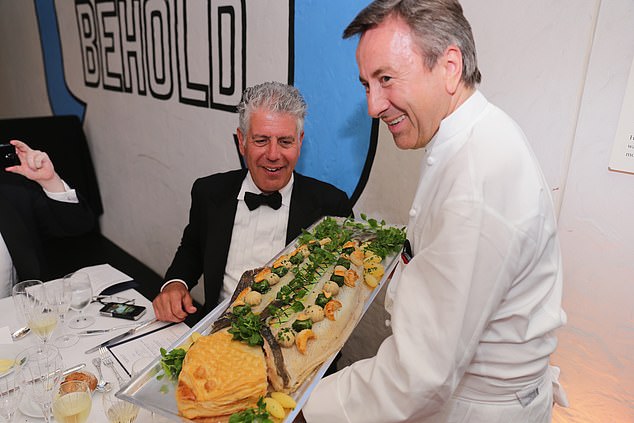 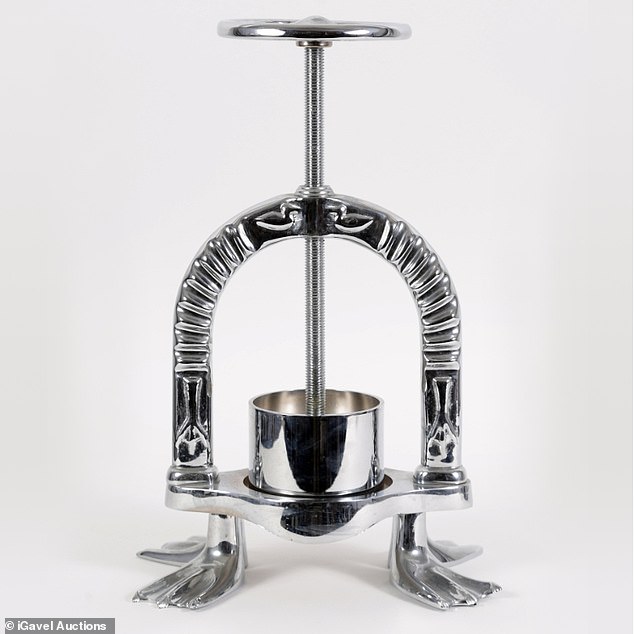 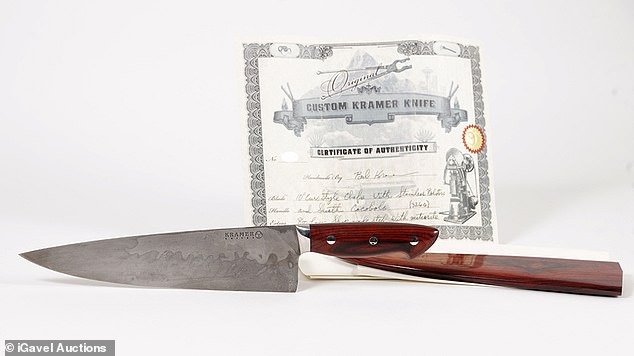 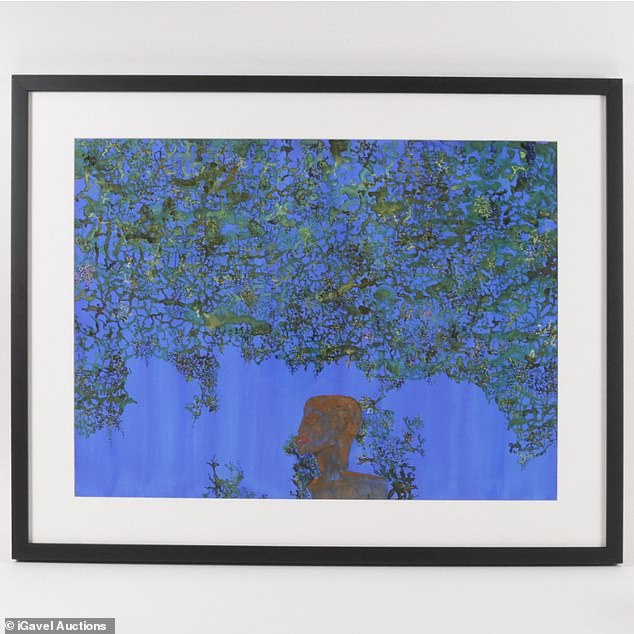 Musician and painter John Lurie’s work ‘The sky is falling. I am learning to live with it,’ was previously purchased by Bourdain for $19,000 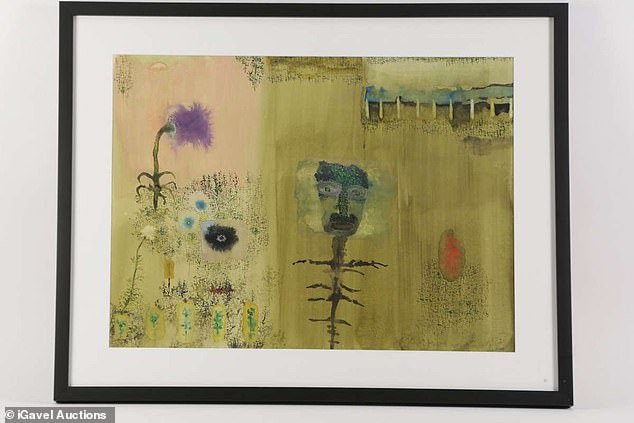 Bourdain was frequently offered gifts during his travels, which made him particularly selective about what he opted to keep.

‘He valued comfort, and he knew what looked good,’ Bourdain’s personal assistant, Laurie Woolever, told the Times. ‘He was definitely aware of how to play to his assets.’

The items being auctioned paint a digestible portrait of the ‘No Reservations’ and ‘Outfront’ star. Among them is the storied chrome duck press from Paris that was featured in a 2012 episode of ‘The Layover’.

‘There are maybe two restaurants in New York that have one of these, and my house. Awesome,’ Bordain told his show’s audience of the noisy device used to squeeze the blood and innards out of a cooked and well-seasoned water fowl.

‘The neighbors will be like, ‘Aw, he’s making duck again.'” 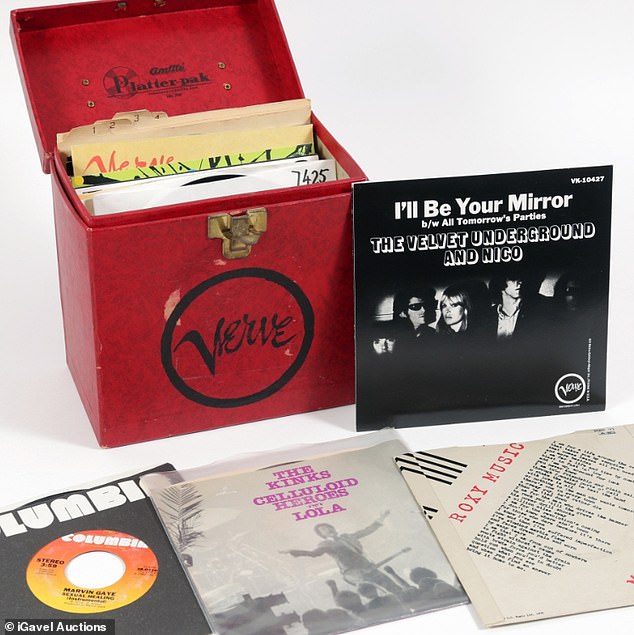 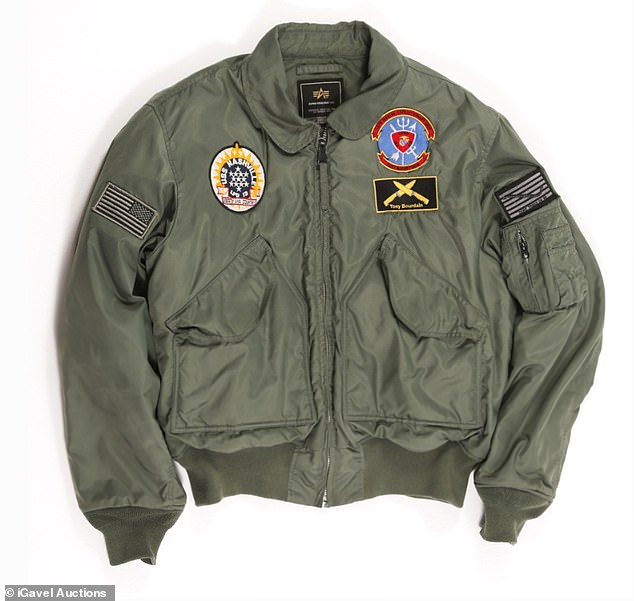 A U.S. Navy jacket that Bourdain received as a gift during the summer of 2006 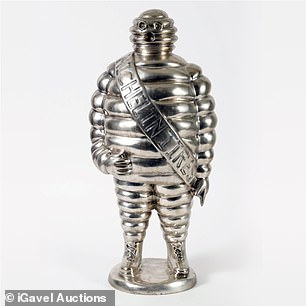 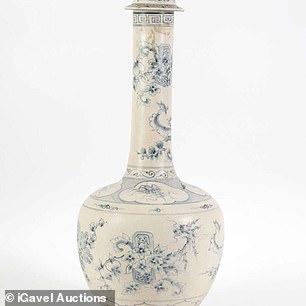 Two more items being auctioned off with Bourdain’s estate 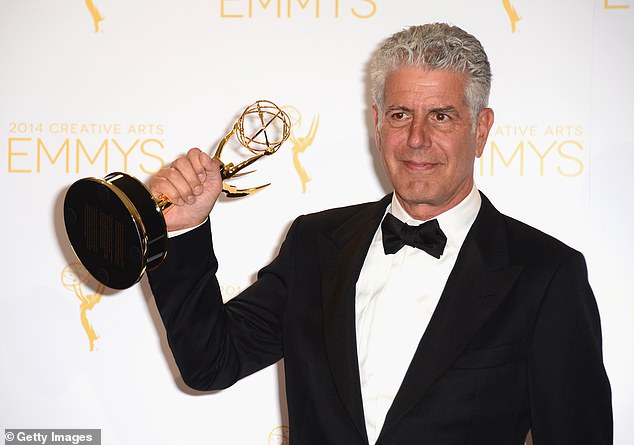 The late Anthony Bourdain poses in the press room during the 2014 Creative Arts Emmy Awards at Nokia Theatre in Los Angeles on August 16, 2014

Also included are a chef’s knife made from steel and a meteorite worth between $4,000 and $6,000, a U.S. Navy bomber jacket, various books, records and several manuscripts of the celebrity chef’s own work, a Vietnamese blue-and-white ceramic tall bottle form vase with a total estimated value of up to $450.

Bourdain hung himself to death in a Paris hotel suite in June of 2018. He was 61.

The best-selling author of 13 books won two posthumous Creative Arts Emmys this week to add to his collection of primetime and daytime Emmy Awards for outstanding informational series or special, outstanding writing for a nonfiction program, and outstanding culinary program.