Anthony Joshua’s heavyweight unification clash with Joseph Parker has garnered such interest the bookies have been swept off their feet leading up to Saturday’s showdown.

Betfair Exchange have already had £200,000 placed across all markets and are estimating it will soar to £4million by the time the fight is over.

The WBA and IBF world champion, Joshua, is the overwhelming favourite but the majority of punters have surprisingly backed Parker to come out on top with Paddy Power revealing 86 per cent of bets have been placed on the New Zealander to win.

Joshua’s odds are extremely low as it is while Parker’s are also starting to be trimmed as a result of his popularity. So, where can the best value be found ahead of the weekend’s clash at the Principality Stadium?

The most popular market, particularly for casual gamblers is simply, who they are backing to have their hand raised at the end of the contest.

Betfair have the best odds on Joshua (1/7) to win while Marathon Bet offer the best value on Parker to pull off of an upset with huge odds of (63/10).

One bettor staked £3,000 on Joshua to win at (1/6) which would return £3,500 – while Betfair estimated they would be losing out on millions if the Kiwi was to defeat Joshua.

Most popular method of winning

Both men have not ruled out finishing the fight inside the scheduled distance with Joshua claiming he is both ready for a 12-round slugfest and to deliver the knockout blow while Parker confidently said he ‘would see how he felt winning it on fight night’.

The majority of bets that have been placed on Parker with Ladbrokes have gone on him to win by KO, TKO or disqualification at (8/1). One bettor staked £5,000 on Parker to win by KO/TKO with Paddy Power, which would pay out at around £40,000.

It has been one of the most popular bets this week and is certainly a good price considering Parker has a 75 per cent knock out ratio with 18 from his 24 victories.

Joshua’s odds to win by KO, TKO or disqualification meanwhile, is (2/7) with Ladbrokes. So, while it is still odds-on it would be better value to put this bet on rather than just him to win, especially when all of his 20 wins have come by way of knockout. 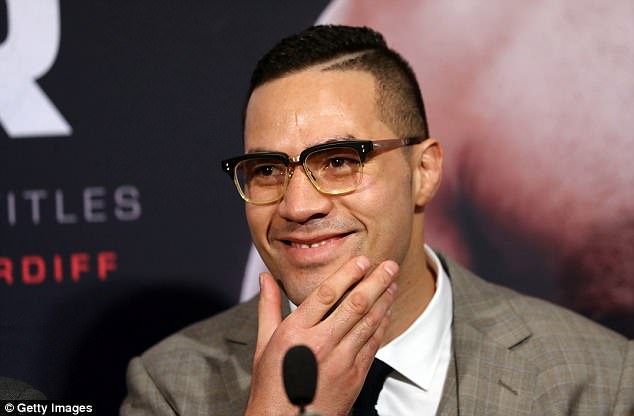 Our tips for the fight (All Paddy Power)

The sturdiness of Joshua’s chin has come into question with many believing he is capable of being hurt.

He was rocked by a raw Dillian Whyte back in 2015 and was put down by Wladimir Klitschko in their fight last year. With Joseph Parker’s power and superior handspeed he could find himself in trouble again.

The Brit is still the overwhelming favourite and it may be worth placing a bet on him to get knocked down but still win the contest at 8/1.

Joshua won £650 last weekend after Dillian Whyte’s chilling knockout victory over Lucas Browne in the sixth round of their fight. Afterwards the Brixton fighter turned the tables and predicted Joshua would ‘smash Parker to bits’ and knock him out in the sixth or seventh round.

If you fancy Whyte to be right it could be worth a dabble at 9/1.

Parker’s resume is certainly short of quality operators and he has not been pitted against someone with the kind of power Joshua possesses before.

Despite the 28-year-old having won his last two fights against Carlos Takam and Klitschko in the latter rounds, it would be hard to say if he was to put the pressure on early that Parker, away from home and swimming against the tide as the bookies see it, would be able to cope. Joshua to end it in round one is 22/1 while two is 14/1 and three is 12/1.

Parker does have the edge on his opponent in terms of how many rounds he has boxed. The WBO champion has gone the distance six times in his professional career and has had four more fights than Joshua.

Joshua said the reason he went down to Klitschko’s clubbing overhand right was due to being tired. If Parker can get through the early and middle rounds relatively unscathed and take it down the stretch he may be able to capitalise if Joshua gasses out again. A stoppage for Parker between rounds 10-11 (90/1) might be a solid option, too. 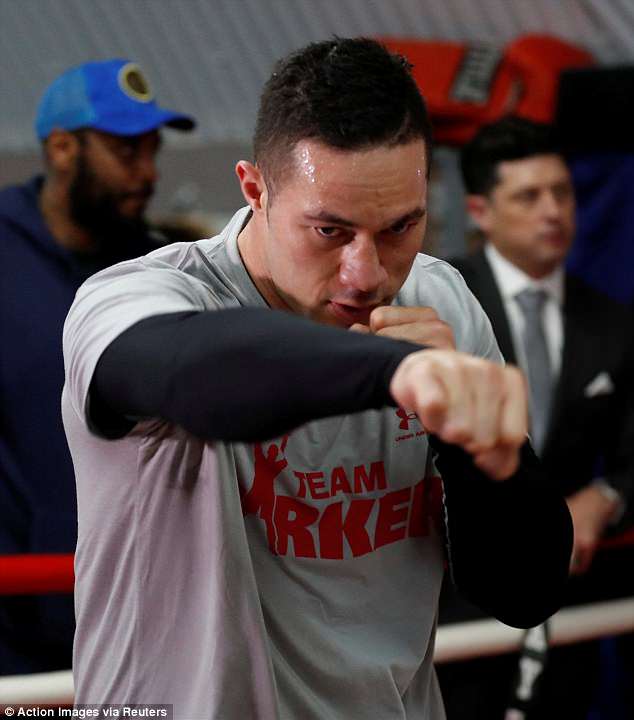 One punter sees it as a complete mismatch, but not in Joshua’s favour. They fancy Parker to win and do so quickly, and have put money on him to claim victory within 60 seconds (200/1).

Other wacky bets available (all with Paddy Power)

Paddy Power have had several £500 bets placed on either fighter to be knocked down in the first round – they’re on for £7,000 if it lands.

Parker to be knocked down two or more times and still go on to win (28/1).

Odds to fight Deontay Wilder next

There has been a lot of talk about Joshua facing heavyweight rival Deontay Wilder next in a clash to become the undisputed champion if he triumphs on Saturday.

However, Whyte’s demolition of Browne saw him move into the WBC’s No 1 contender spot and he has now jumped ahead of Joshua in the line to face Wilder.

Joshua is 7/4 to fight Wilder in October while Whyte can be backed at 4/6 to face the ‘Bronze Bomber’ first with Betway. 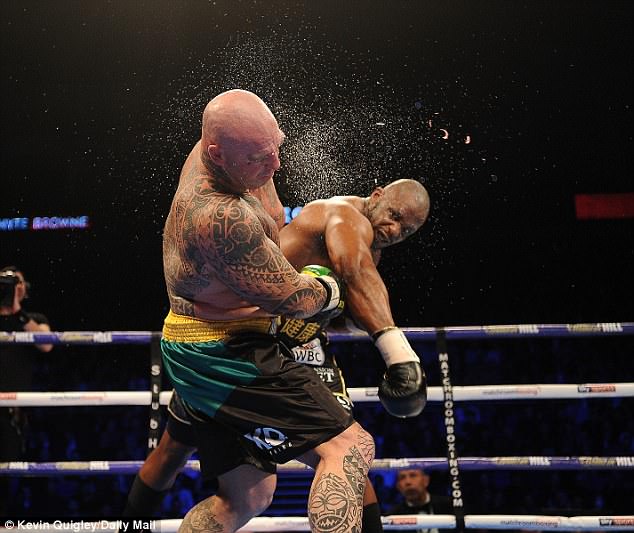